Like many Americans, Katy Perry was disappointed that the NASA and SpaceX manned launch set for Wednesday had to be scrubbed due to the weather.

The Roar hitmaker was part of the lineup for the Discovery and Science Channel live programming ahead of the history-making mission.

The heavily pregnant star posted pictures to Instagram from her remote set and wrote in the caption: ‘Welp. Today’s #SpaceLaunchLive was BUMPED due to weather, but what’s two days when @spacex has been waiting for 18 years… Let’s pray it’s in the cards for Saturday!’

She added: ‘Set your alarm for the 3:22pm EDT launch, and don’t miss the pregame with me on @Discovery and @ScienceChannel for a historical moment in space travel.’

Shining star: Katy Perry draped her baby bump in a shimmery silver dress for her appearance as part of the Discovery and Science Channel programming ahead of Wednesday’s planned NASA and SpaceX manned space mission

Back on Saturday: The singer shared pics to her Instagram and expressed her disappointment that the launch ended up being scrubbed due to the weather

Perry, 35, is expecting her first child, a daughter, with fiance Orlando Bloom, 43.

On Wednesday, she draped her baby bump in an ankle-length loose-fitting shimmery silver dress.

The frock had a v-neckline and long voluminous heels and she paired it with matching sparkly silver heels.

Her chin-length blonde hair was styled with an off-center parting and the singer accessorized with large pendant earrings.

Stylish: Perry’s ankle-length dress had a v-neckline and long voluminous sleeves. She paired it with sparkly silver heels and her chin-length blonde hair was styled with an off-center parting

As she awaits the birth of her child, Parry is keeping busy with some remote appearances.

She taped a performance of her single Daisies that aired on Wednesday as part of the iHeartRadio Living Room Concert Series.

Perry performed the track at the Hotel Cafe in Hollywood where she used to go to try out new songs she had written.

Alongside images of herself at the taping, she shared: ‘About 12 years ago, when I’d write a new song, I would go to @thehotelcafe in Hollywood to work it out in front of an audience that wasn’t Kitty Purry.

‘When @iheartradio invited me to do their Living Room Concert Series, I decided to take it back to my extended living room where it all started.’ 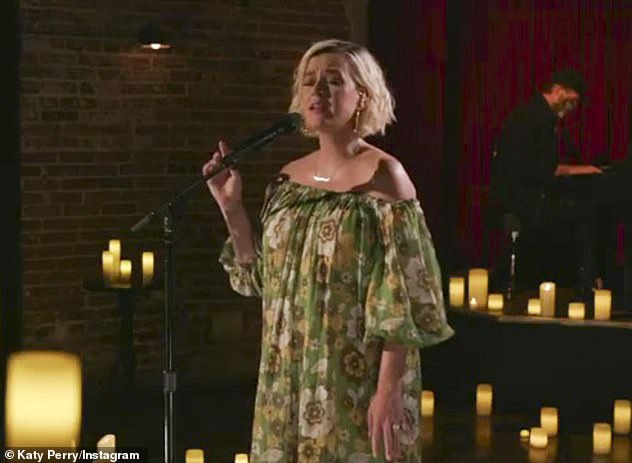 Songstress: Perry is keeping busy with some remote appearances and taped a performance of her single Daisies that aired Wednesday as part of the iHeartRadio Living Room Concert Series 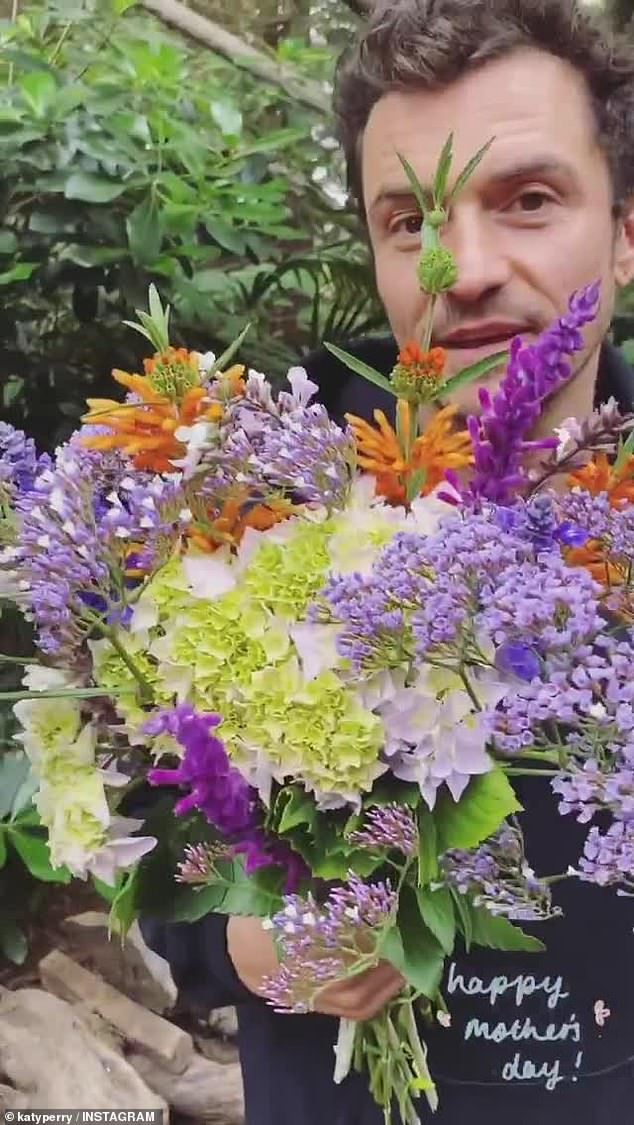 Showered with love: Perry is expecting a baby girl, her first child, with fiance Orlando Bloom who presented the mom-to-be with a glorious bouquet of flowers on Mother’s Day

Perry and Bloom have been dating since 2016 and became engaged on Valentine’s Day in 2018.

Perry announced her pregnancy earlier in the year while debuting her music video for Never Worn White.

When they tie the knot, it will be the second time around for both of them.

Perry was previously married to British comedian Russell Brand from 2010 and 2012 while Bloom was married to Australian model Miranda Kerr with whom he shares nine-year-old son Flynn. 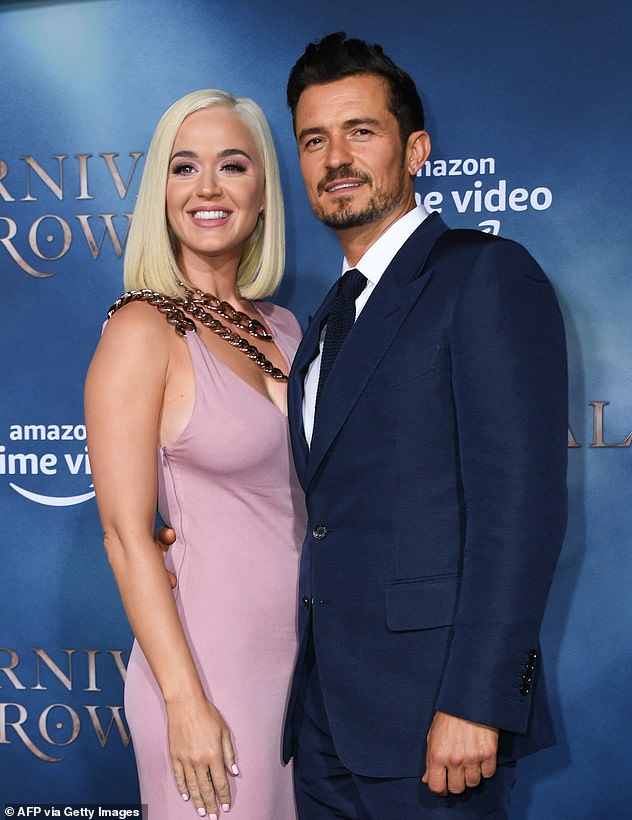 Set to wed: Perry and Bloom, pictured in August 2019, have been dating since 2016 and became engaged on Valentine’s Day in 2018