She won the famous Glitterball Trophy with celebrity partner Joe McFadden in 2017.

But now Katya Jones wants to be the fairest of them all, as she transformed into The Evil Queen, posing in a glamorous costume for a Snow White panto photocall at King George’s Hall in Blackburn, on Monday.

The Strictly pro, 32 – who, with celebrity partner Adam Peaty, recently became the sixth dancer eliminated from the current series of the BBC Dancing show – stunned in a sparkling red gown and elaborate headpiece.

Who is the fairest of them all? Katya Jones, 32, transformed into The Evil Queen to pose in costume for Snow White panto photocall at King George’s Hall in Blackburn, on Monday

Detached bell-sleeves were adorned with thick black feathers and the dancer accessorised with a black jewel encrusted necklace.

Katya wore her raven tresses loose while a headdress with enormous ornate horns and a gold crown balanced atop her head.

The Strictly star smiled as she posed for photographs with her panto co-stars Charlie Guest, who plays Muddle, and Chloe Carrington who plays Snow White. 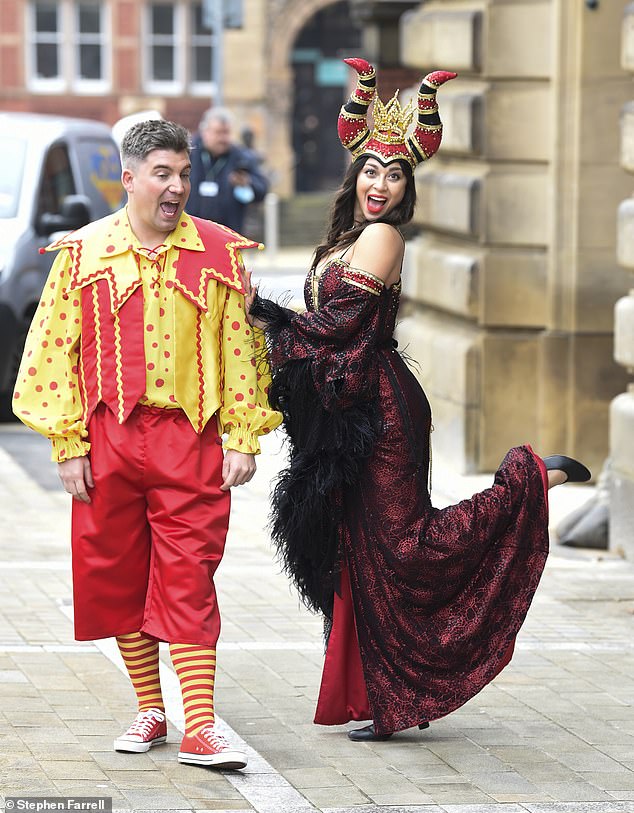 Fun times! The Strictly star smiled as she posed for photographs with her panto co-star Charlie Guest, who plays Muddles 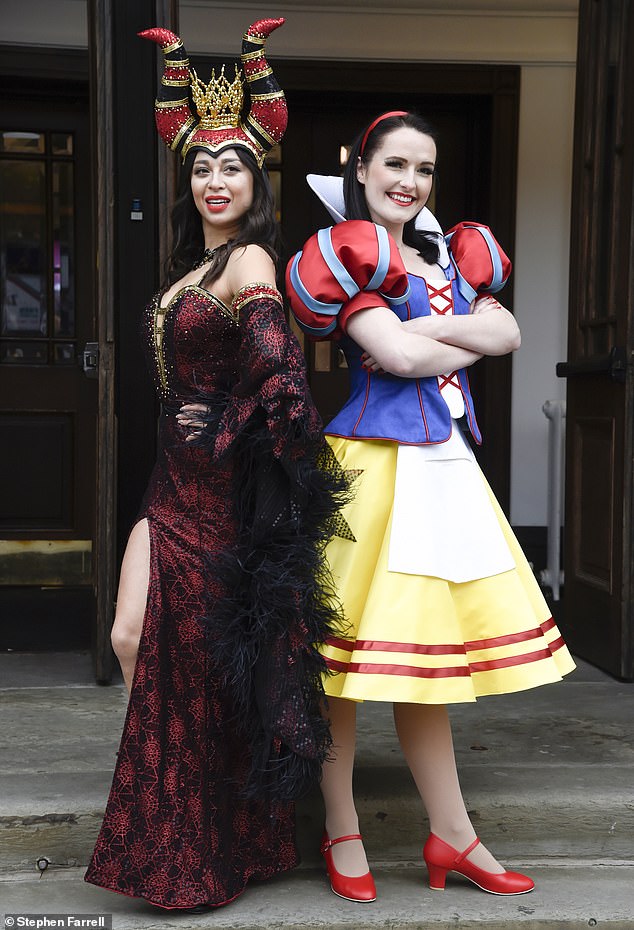 Wow! Katya stunned in a sparkling red gown and elaborate headpiece while posing with Chloe Carrington, who plays Snow White 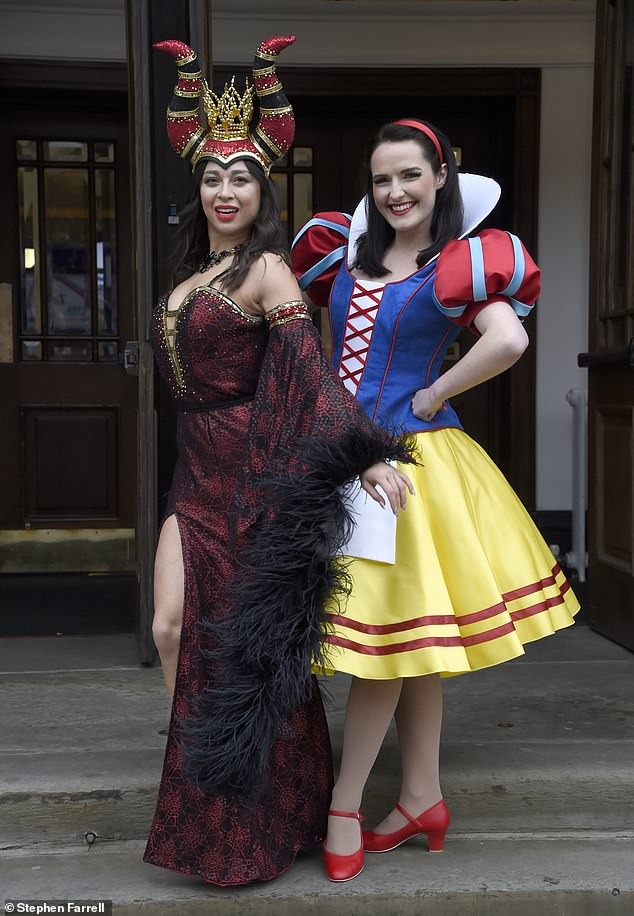 The photocall comes just days after reports emerged that Katya threatened to quit her role on the show after landing in the dance off with partner Adam Peaty.

The professional dancer is believed to be convinced that the ‘public have it in for her’, after the dance couple were eliminated from the show last Sunday.

Katya is apparently disappointed that she hasn’t finished past the half-way mark since she was crowned champion with Joe McFadden in 2017. 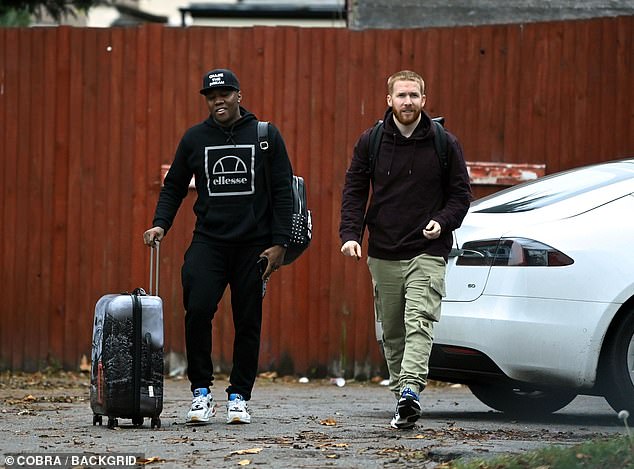 Back at it: Meanwhile, Katya’s ex Neil Jones arrived at the rehearsal studio together with a male friend on Monday 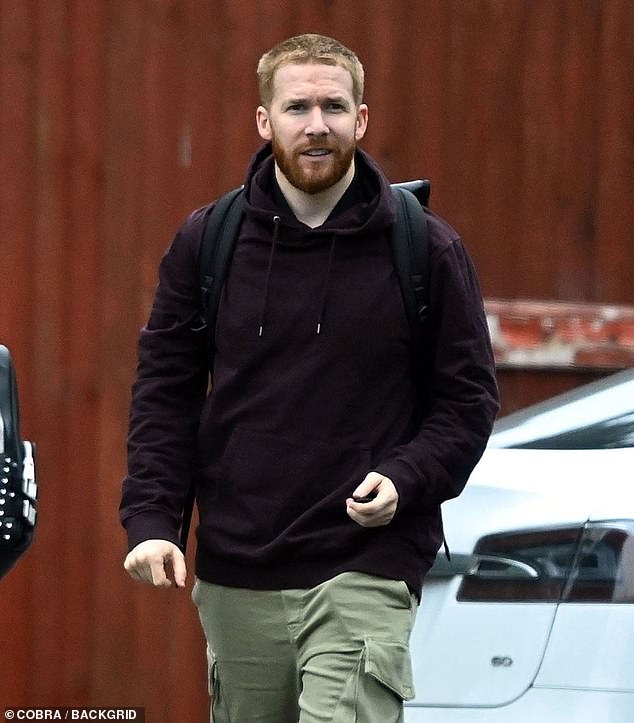 The Russian native is reportedly worried that the backlash from her kiss with partner Seann Walsh in 2018 is affecting her scoring with the public.

The source said: ‘It’s no secret that that kiss did not go down well with some viewers and Katya thinks it’s still affecting her results.

‘There was a tantrum backstage when she found herself in the dance-off and she was again saying it was because the public have it in for her. There was talk of quitting the show but no one wants her to do that.’

A spokesperson for Katya said: ‘This is completely and categorically untrue. Strictly means everything to Katya and she looks forward to many more years there.’ 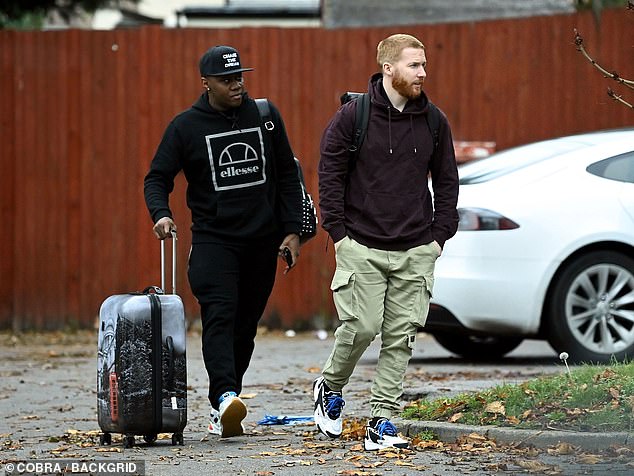 Easy breezy: The dancer strolled along in khaki combats and chunky trainers