A woman who was jailed for pulling the plug on her fiance’s kayak and letting him drown in New York’s Hudson River has posed for a photoshoot lying under water in a bathtub after being released on parole.

Angelika Graswald, 39, was convicted and jailed for two-and-a-half years for killing Vincent Viafore on April 19, 2015 after she was found to have unplugged the drain plug in his kayak on the Hudson River.

Graswald, who has now been released from prison on parole, has spoken out saying she has no regrets about what happened to her fiance and says she has since found God.

The Latvian immigrant, dubbed the ‘kayak killer’, posed for a photoshoot and interview with Elle Magazine following her release.

One of the photos shows her staring at the camera with her face just below the surface of the water in a bathtub.

‘I don’t think back. I look forward…. I don’t regret what happened. I don’t think ‘What if’ anymore,’ the Latvian immigrant said in the interview, which was published on Tuesday.

‘That’s the beauty of being a Christian. You know you have a bright future.’

Angelika Graswald, 39, recently posed for a photoshoot with Elle Magazine after being released on parole for pulling the plug on her fiance’s kayak and letting him drown in New York’s Hudson River 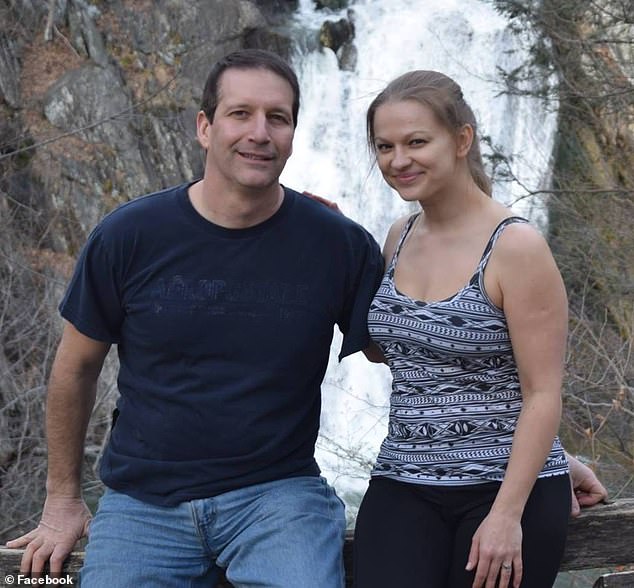 Graswald, 39, is out on parole in Orange County, New York after serving 31 months behind bars in the 2015 death of her fiancé Vincent Viafore (pictured together) 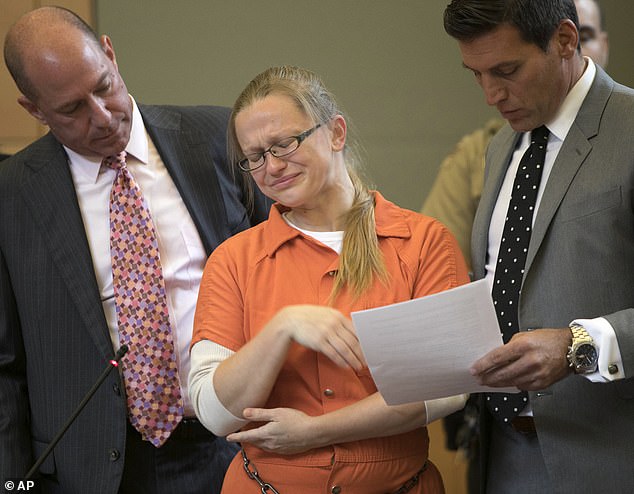 In July 2017 she pleaded guilty to criminally negligent homicide after she was accused of intentionally unplugging the drain plug of his kayak, leading him to drown on April 19, 2015

Despite taking a plea deal and claiming she was tired of his ‘sex demands’, Graswald insists that she is innocent. Speaking on that night where it all went wrong, Graswald said she won’t relive Viafore’s final moments.

‘Bottom line, I’m the only living person who’s still here, and I’m the only one who knows. So it’s just between me and God. We’ll just leave it at that. I don’t care what anybody else thinks,’ she said.

‘I was naïve enough to think that I could help him. I was wrong on that one, too. I’ve been in these situations on the Hudson before, where it was dangerous, and I always got out of it, so I felt like that night I could, too. You know how you get careless? I was careless. So was he. We both were. It cost him. It cost him his life.’

The outdoor and adventurous couple were wrapping up a day of kayaking and sightseeing at Batterman’s castle in Dutchess County, New York when suddenly Viafore’s kayak started to sink in the choppy waters as evening fell.

Witnesses said she pulled Viafore’s paddle away from him to assure he couldn’t stay afloat.

Graswald insists that never happened and that she picked up the paddle when it drifted towards her.

She was interrogated by police and revealed she was sick of their sex life where he pushed her to engage in threesomes and dominant-submissive role-playing.

Graswald maintained she didn’t kill him but shocked investigators when she said: ‘I wanted him dead and now he’s gone. And I’m okay with that.’ 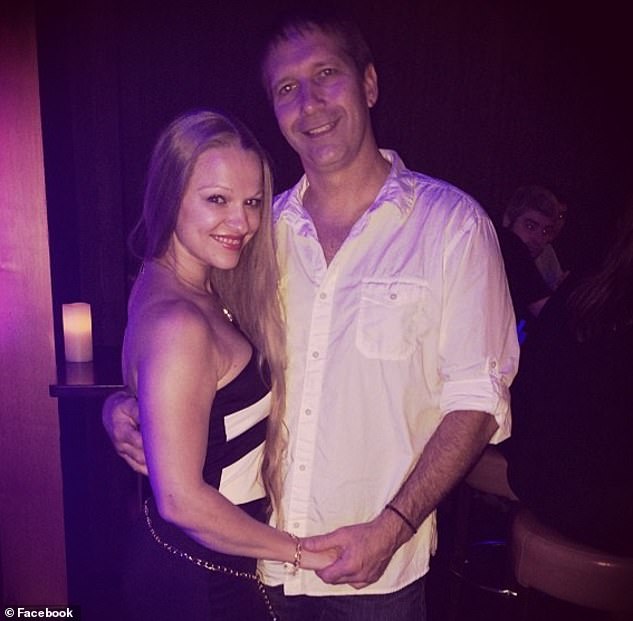 ‘Vince had mentioned that he would die for me if need be, and I feel like he did so I could live. He saved me in a way,’ she said to the magazine 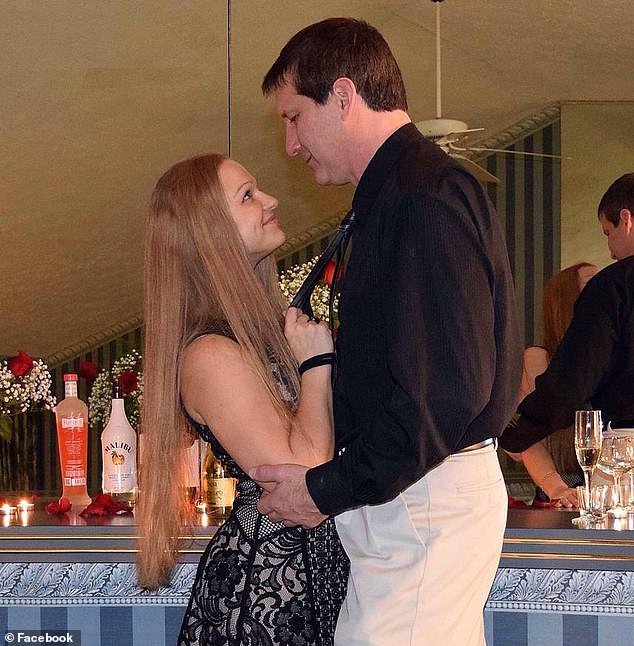 She reveals she’s now a Christian and doesn’t regret the 2015 kayaking incident that took her fiance’s life, saying: ‘I don’t think back. I look forward…. I don’t regret what happened. I don’t think ‘What if’ anymore’

‘I grew up around police, and I’ve trusted them, so that was my fault. I was naïve. Very naïve,’ she said reflecting on that interrogation. ‘I was just being honest. They said it was therapy.’

Despite Viafore’s death, Graswald insists the two had a loving relationship and that even in his death he ‘saved’ her.

‘Vince loved me. I loved him. He had mentioned that he would die for me if need be, and I feel like he did so I could live. He saved me in a way,’ she said.

Graswald pleaded guilty to criminally negligent homicide in his death and was sentenced to up to four years in prison.

But she was released less than two months after the sentence because her two-and-a-half years spent in jail during the ongoing court case counted towards her sentence.

She spent 31 months in Orange County Jail then one month in Bedford Hills Correctional Facility before being released on parole.

Graswald is now living in a small cabin in Orange County where she works for a room and board at a small camp connected to her church.

She said she is back kayaking again and still loves taking photos. Graswald said she is a born again Christian and was baptized in September. 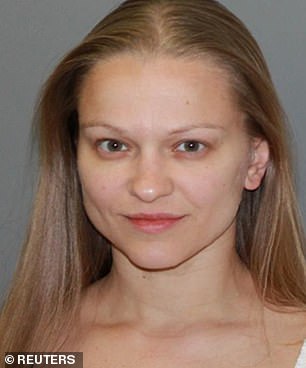 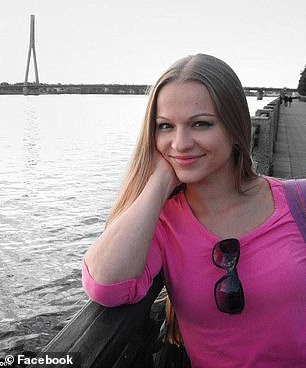 The 39-year-old, she says her family is desperate for her to return to Latvia so she’ll head to D.C. to sort out her immigration papers after her parole is finished 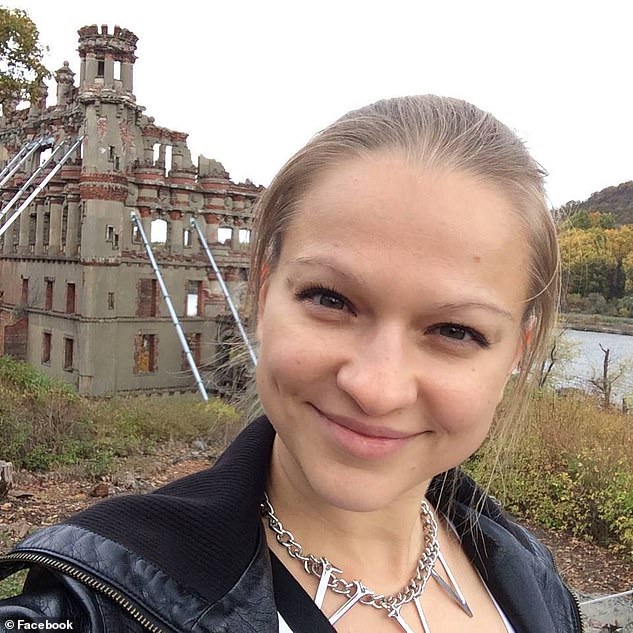 Graswald pictured above at Batterman’s Castle where the two had visited earlier in the day before the kayaking incident took place. Following her release, Graswald still maintains her innocence in Viafore’s death

She was criticized by the public and police for seeming uncaring after her fiance’s death when she posted a picture of herself cartwheeling after the kayak incident.

Months after Viafore’s death, Graswald was evaluated by a forensic psychologist who said she showed signs of ‘paranoid ideation’ and ‘hypomaniac trends’ and her profile suggested ‘elated moods and euphoria’ despite the killing.

‘She is manic, inflated, and grandiose. She is impulsive and lacking in judgement,’ the report said, providing an explanation to her calm and bizarre behavior following her fiance’s death.

She said she appeared to be dismissive of Viafore’s death because of her upbringing.

‘Russian woman are not meant to be seen crying or as weak or broken,’ she told Elle in her recent interview.

‘I’m more vulnerable now, and I’m okay with it. Before, I wasn’t… I didn’t want to show my weak parts at all. Now I’m like, So what? That’s who I am,’ adding that her new Christian faith has helped her show emotion more.

She said Christianity helped her cope with Viafore’s death.

‘I just read the Bible, and it teaches you not to dwell on the past,’ she said. ‘I don’t have any more fear. Period. God didn’t give us a spirit of fear. Right out of the Bible.’

When asked by the interviewer, ‘You’re good with God?’ she replied, ‘No, he’s good with me.’

She said her family is desperate for her to return to Latvia. Graswald plans to head to Washington D.C. to sort out her immigration papers once her parole time is over.

Graswald said she wants to visit the place where the drowning occurred before she leaves.