The journey began nearly 30 years ago when Jason Kenny sprinted off on his older brother’s tricycle, and it might not be done yet.

Along the way he has won seven gold medals and two silvers to become Britain’s most decorated Olympian and soon, surely, a knight of the realm.

Even his latest haul may not be enough for the 33-year-old Lancastrian, who will happily return home to quiet domesticity and an internal dialogue about his future. According to his good friend and fellow sprint gold medallist in Rio, Callum Skinner, Kenny will have mixed emotions about carrying on to Paris.

‘There is a bit of him that yearns for the simple life with his family and time to pursue other interests but he also loves the competition,’ Skinner told Sportsmail. ‘I don’t think he is quite finished.’

Either way it will not be down to his ego, and most certainly not a desire to join the celebrity circus as one half of Britain’s premier sporting couple.

Skinner believes that Kenny’s genuine modesty has been key to his success on the track, and is not alone in testifying to his down-to-earth temperament.

That is how he is remembered at Mount St Joseph’s School in Farnworth, which he left at 16 to concentrate on making himself an Olympic star. This was also where a science teacher and cycling enthusiast, Chris Proffitt, began organising trips to Manchester Velodrome, which helped cement his love for the sport.

Sadly he passed away two years ago, and was not able to see the latest chapter of his former pupil’s career this weekend. 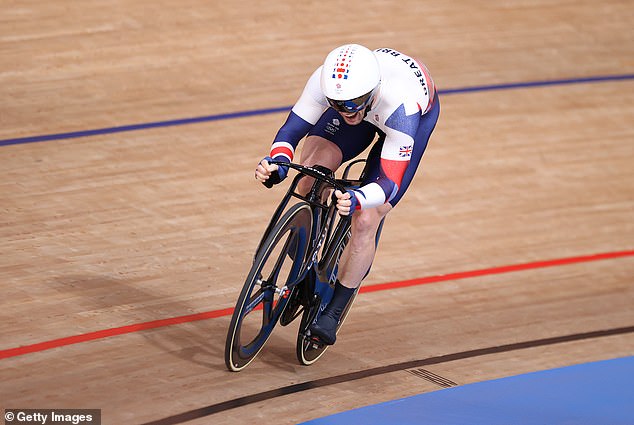 The current head teacher, Alex Devany, taught the young Kenny English. She has been pleased to see him on his visits back to the school. Other alumni include comedian Peter Kay and TV presenter Paddy McGuinness.

‘He has been just the same as he always was — quiet and unassuming, polite and respectful,’ she said. ‘He has come back to present some prizes and is a great role model for our pupils. He was in a class with some quite big characters, and while he was quieter than them he was very well-liked.

‘While he became increasingly keen on the cycling he also had a quite a few different interests.’

Kenny preferred more technical subjects, and his passion away from his chosen sport remains not just motor sport but building and taking apart engines. He has a vintage tractor at his semi-rural home in Cheshire.

When younger he was encouraged by his parents to try different athletic pursuits and enjoyed football, badminton and tennis. His father and uncle were keen cyclists, with the latter also arranging trips to the velodrome.

Kenny’s parents Michael and Lorraine — a civil engineer and teacher respectively — have clearly been the quietly supportive types, rather than feverishly pushing their son. 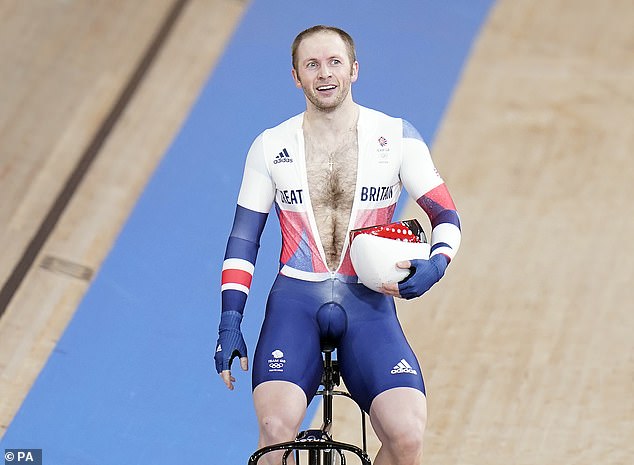 In a rare interview with their local paper, the Bolton News, the couple recalled the incident when their younger toddler made off on his elder sibling Craig’s bike.

Lorraine also made clear her distaste for overbearing mums and dads in the children’s sporting arena: ‘Seeing parents shouting at their children on the football field, for example, always upsets me,’ she said.

It seems clear that the apple has not fallen far from the tree when it comes to their son’s self-effacing nature.

Despite that, it was clear from Kenny’s mid-teens that British cycling had a major potential talent. Having been a relatively late developer until that point he won the 2006 junior world championship in the team and individual sprints, followed soon afterwards by gold in the keirin junior worlds. 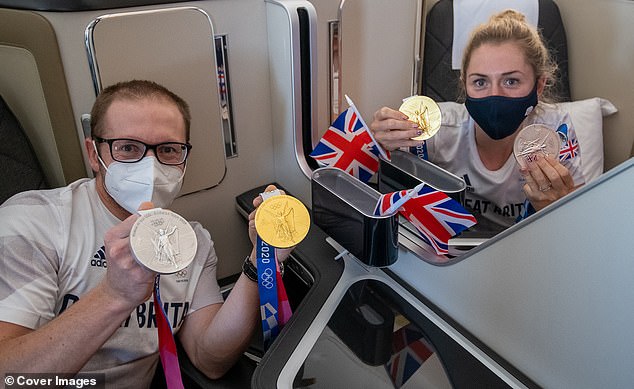 Then came his relatively late selection for Beijing 2008 at just 20, when the gold train began seriously rolling. He quietly pulled into the sidings and retired briefly in 2016, but was drawn back.

Skinner first came across Kenny aged 14, subsequently roomed with him around the world, and was his team-mate in the win at Rio. He states that none of his Olympic successes have altered his friend’s approach to life.

‘I think the lack of ego has been a huge asset and you don’t see it in many champions,’ he said.

‘For instance when he was in the gym he wouldn’t be bothered by seeing other people trying to lift heavier weights and push themselves beyond what they could take. He knew his limits and was secure enough to stay within what he knew was right for him.

‘As a result you look and see how little he has been injured. I doubt there is anyone on the team who has had as few scans as he has.

‘I found it great being around him at major championships because he was so calm. If you were nervous he would sort of wash that away.

‘In technical terms I would say that he is not the greatest in any one particular area, such as physique, power or tactics. But he is very strong in all of them, and when you average them out he is the best.’

In Rio, where Kenny doubled his previous tally of three gold medals, he played down the spectacular achievement and drily observed: ‘I don’t feel any different to how I felt the other day, when I had won three.’

As he is reunited with his son at the family home, and settles down to some serious pottering about in his garage, you suspect Tokyo will not change him much either.