Keeping Up With the Kardashians crew film in hazmat suits

The executive producer of Keeping Up With the Kardashians has lifted the lid on what filming the show has been like during the pandemic.

When California’s stay-at-home orders went into effect on March 19 KUWTK hadn’t wrapped for the season — so executive producer Farnaz Farjam and momager Kris Jenner came up with plans to keep filming going.

Speaking to Elle this week, Farjam revealed crew members visited the stars’ homes in hazmat suits to set up TV-quality confessional rooms, explaining that Kim, Khloe, Kourtney, and the gang are all filming themselves on iPhones that are dropped off at their houses at the beginning of each week.

Secrets spilled: The executive producer of Keeping Up With the Kardashians has lifted the lid on what filming the show has been like during the pandemic 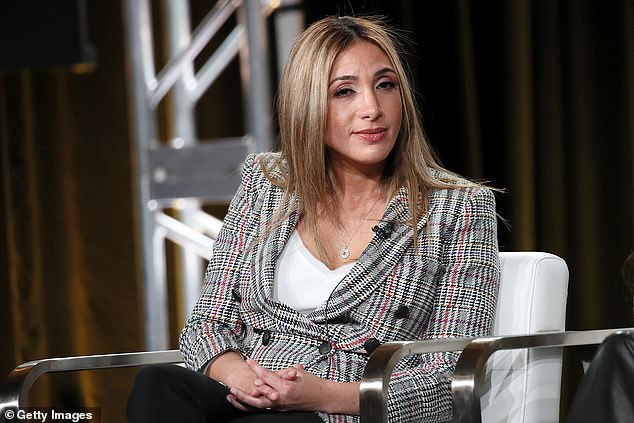 Farjam and Jenner initially brainstormed a few different ideas for how to handle the pandemic, including stopping filming entirely.

But Jenner’s idea that everyone shoot herself was the winner.

Initially, each of the stars filmed on their iPhones and uploaded their footage to a shared album. Then, producers and other crew members edited and spliced together the footage at home.

But it became clear pretty quickly that this wasn’t going to keep up. For one thing, Farjam realized that viewers would tire of the poor quality footage and decided they needed to upgrade the setups. 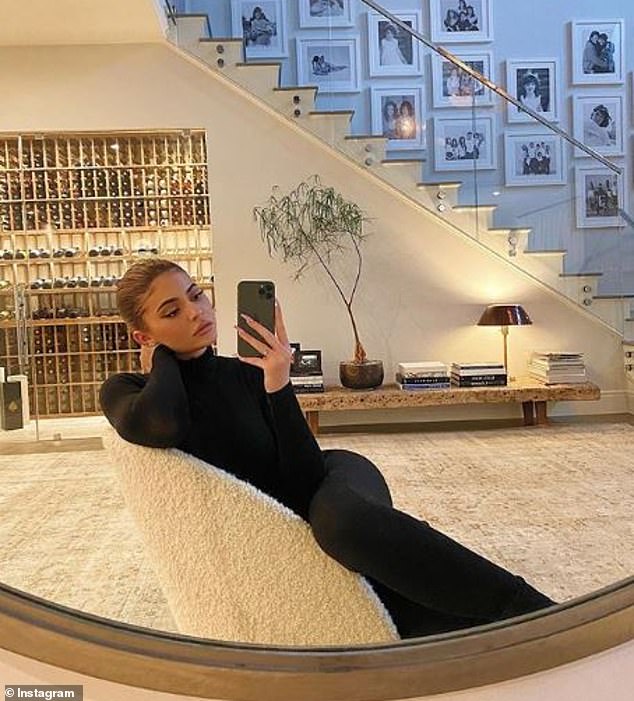 Footage: The stars are each filming themselves on their iPhones, recording an average of 16 hours each per week 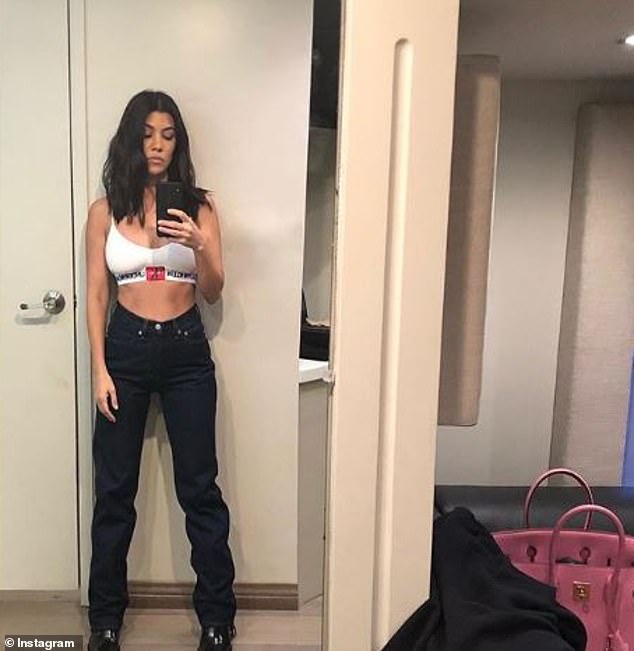 Camera swap: Every week, showrunners stop by to pick up their phones and given them new ones for the coming week 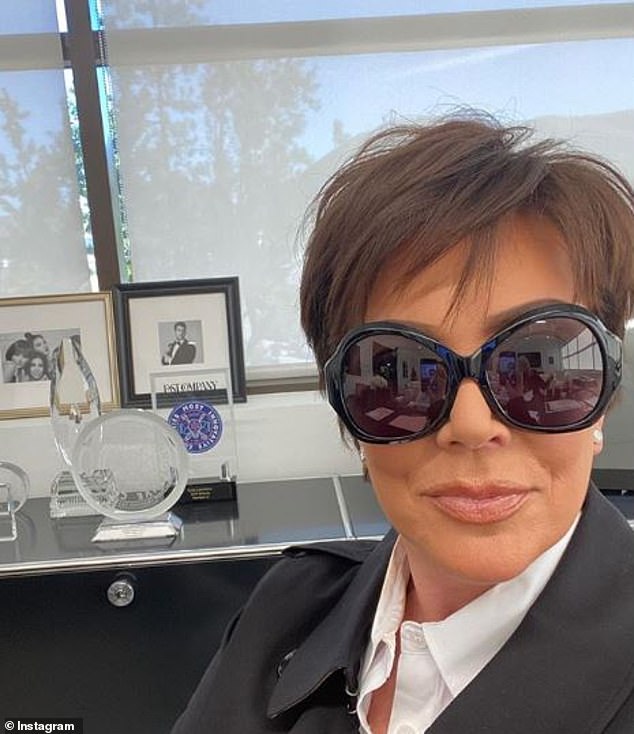 Farjam explained how the show ill look different, saying that Kris might walk outside the camera angle — and then she’ll have to explain why when she comes back

So she hired a director of photography and a technician, sending them to the Kardashians’ homes in hazmat suits,

There, they set up brightly-lit rooms to sit in as the stars’ confessionals, adding tripods for their iPhones.

For safety’s sake, the stars waited 24 hours before going in the rooms where those were set up.

And rather than have each woman upload her footage herself, showrunners wearing masks show up every Monday to take their iPhones and deliver fresh ones for the next week’s filming.

There’s usually 16 hours of footage on each phone, though Farjam admitted that some family members capture more than others, with Kourtney being ‘proud’ when her screen time is down. 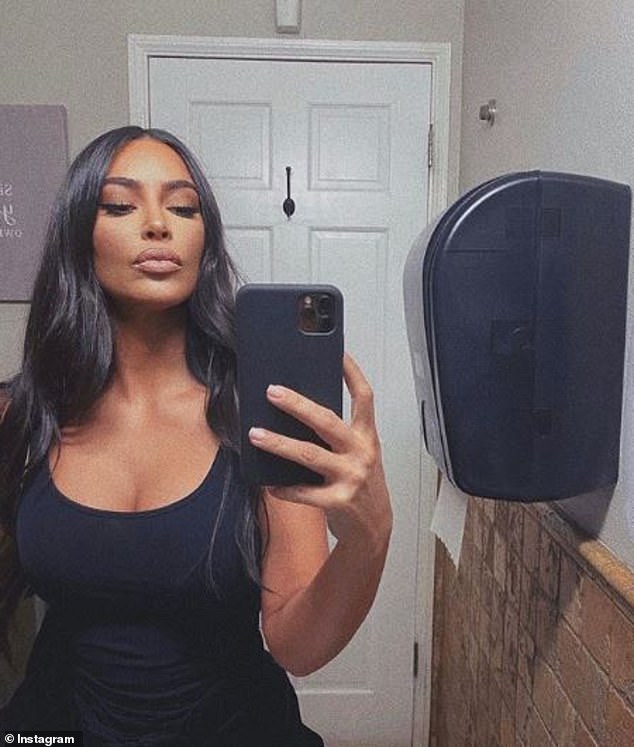 ‘Watching Kim juggle four kids will be really relatable. No matter how big her house is, four kids is four kids. It’s a lot,’ Farjam said 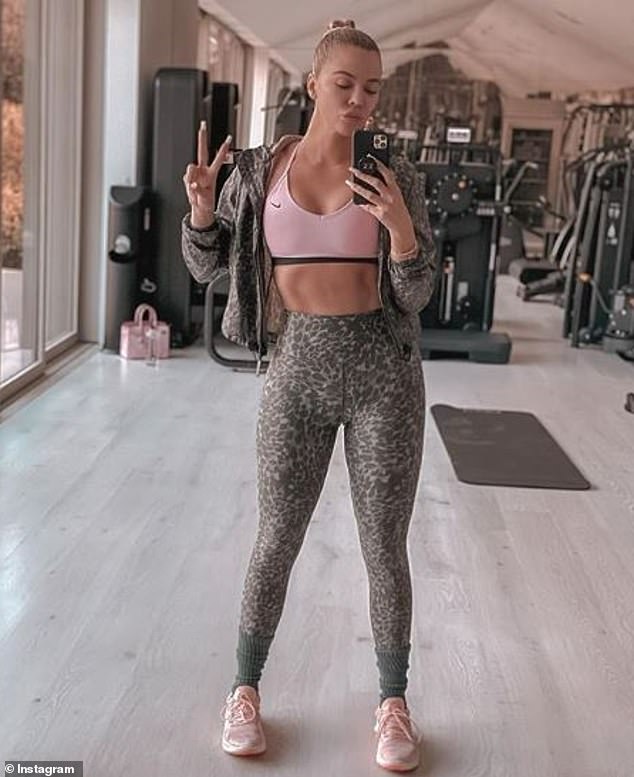 Next season: Viewers will also see Khloe and Tristan socially distancing together

With Kris and her daughters all filming themselves, the show — which will air in September, with two whole episodes made up of self-filmed footage — is certainly taking on a new look.

‘If Kris gets annoyed and walks out of the camera angle, it’s not like we can follow her and continue shooting,’ Farjam siad.

‘She has to come back onto the screen and explain [why she walked away].  It’s less fly-on-the-wall, because we have to give them direction and they have to be more informative with us…

‘Sometimes you’ll hear them mumbling under their breath, “Who knew a camera person’s job would be so hard?!” But, like, that’s funny. That’s gold. That’s stuff we want to include in the show.’ 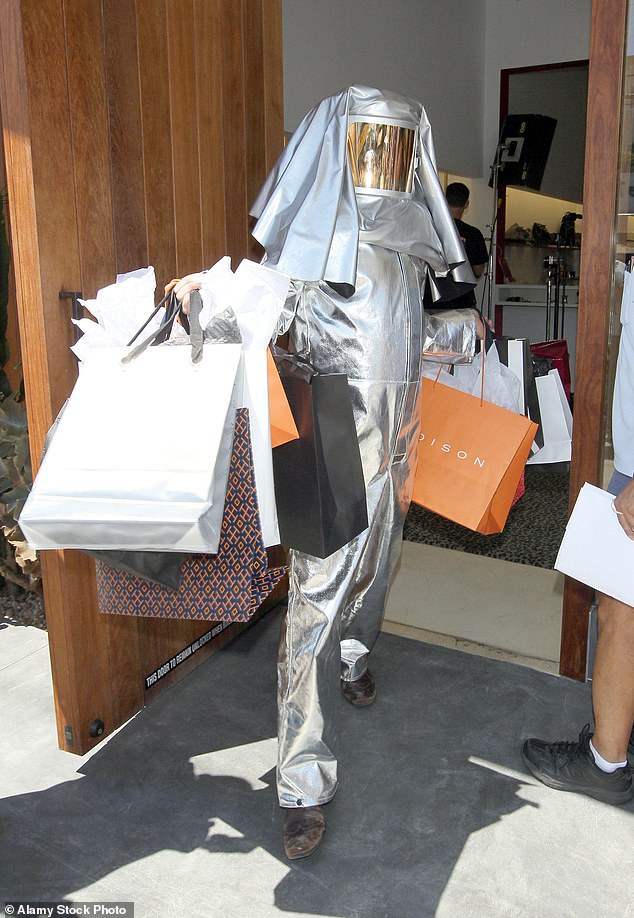 Protective gear: Crew members also turned up in hazmat suits to set up studios for confessionals at each star’s home (Kim pictured filming a reality show in 2010)

The episodes will show the  realities of quarantine, with Kim homeschooling her two oldest children, North and Saint. Farjam says it will be exciting to watch how she juggles everything.

‘Watching Kim juggle four kids will be really relatable. No matter how big her house is, four kids is four kids. It’s a lot,’ she said.

Viewers will also see Khloe and Tristan socially distancing together.

‘Tristan definitely stepped up and helped Khloé a lot with True [their daughter],’ Farjam said. ‘He’s totally showing a way more mature side of himself. I think so much more [highly] of him now. Now that I didn’t like him before, I just like him so, so much more.’

The upcoming season won’t be all-pandemic, though. Most of it was filmed before lockdown, and Farjam teased that there was some drama right before quarantine that will play out on screen.