Keeping your hands busy with knitting can boost your mood

Knitting may not seem the most obvious treatment for mental health woes but a neuroscientist has revealed it could do just that by altering the chemistry of the brain in the same way that drugs do.

During the nineteenth century, doctors prescribed knitting to women who were overcome by anxiety.

Now, research on rodents has found that this treatment could have been effective as the repetitive movement could increase certain neurochemicals in the brain.

Neurochemicals like dopamine and serotonin are crucial for mood stabilisation and people with depression generally have less of them.

An expert says that keeping your hands busy can help you to feel more in control of the world around you and can improve your mood.

During the nineteenth century, doctors prescribed the activity to women who were overcome by anxiety. Now, research on rodents has found that this advice may not have been as far off the mark as was once thought (stock)

The finding was made by Dr Kelly Lambert, a neuroscientist at the University of Richmond who works with rats to study the connection between the brain and hands.

She found that rats who were made to dig for a reward showed greater signs of mental health benefits, compared with rats who were just given their treat.

Rats who didn’t have to get hands on with a task to receive a reward were found to have elevated levels of hormones related to stress.

Dr Kelly believes our brains evolved this calming response to working with our hands as a reward for getting to grips with the world around us.

Dr Kelly says that while knitting might seem like an overly simplistic way to bring about these benefits, it may prove to be beneficial. 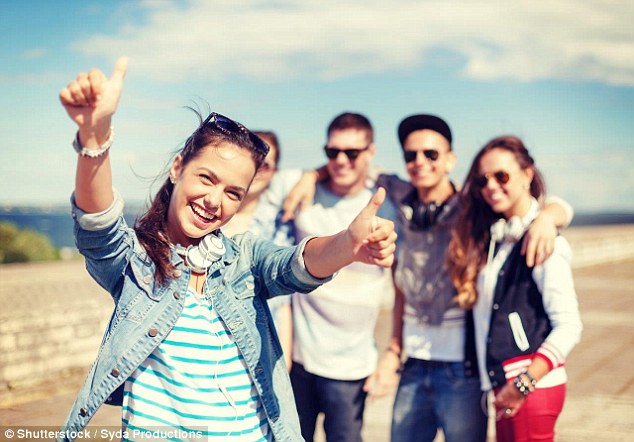 Knitting may not seem like the most obvious treatment for mental health woes, but a new study has found that it could do just that. Experts say that keeping your hands busy can help you to feel more in control of the world around you and can improve your mood (stock)

‘When you think about, OK, repetitive movement is increasing certain neurochemicals,’ she added.

‘And then if you produce something, a hat or a scarf, there’s the reward.’

Dr Kelly believes that the modern workplace, where most jobs are desk-bound and require little physical skill, may be contributing to our unhappiness.

She added: ‘We just sit there. And we press buttons. And you start to lose a sense of control over your environment.’

This is not the first time that physically repetitive tasks like knitting have been put forward as a potential mood booster.

An online survey of 3,500 frequent knitters, published in the British Journal of Occupational Therapy in 2013, showed the more they knitted the more calm and happy they felt.

CAN LAUGHING AT YOURSELF IMPROVE YOUR MENTAL HEALTH? 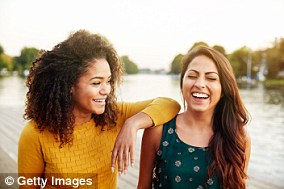 A new study from researchers in Spain has found that laughing at oneself might be good for you. (file photo)

Researchers in Spain have discovered that laughing at oneself is not necessarily a bad thing.

A new study revealed that self-defeating humor might have an effect on how angry you are.

But the report explained how some people use humor to cover up negative thoughts.

The study said: ‘The researchers are quick to point out that certain styles of humor may be employed to conceal negative intentions and feelings.’

One of the researchers explained the potential dark sides of the tactic, saying that the ‘results suggest that humor, even when presented as benign or well-intentioned, can also represent a strategy for masking negative intentions.

‘Humor enables individuals with low scores in honesty to build trust, closeness, etc. with other people and thereby use important information in order to manipulate them or obtain advantages in the future.’