On a sweltering afternoon at Margaret Court Arena, eighth seed Nishikori appeared set to coast to victory after taking the first two sets but was dragged into a dogfight by the big-serving 39-year-old.

Nishikori isn’t making it easy on himself so far this tournament after losing the first two sets of his first-round match and then allowing Karlovic to get back into this match. 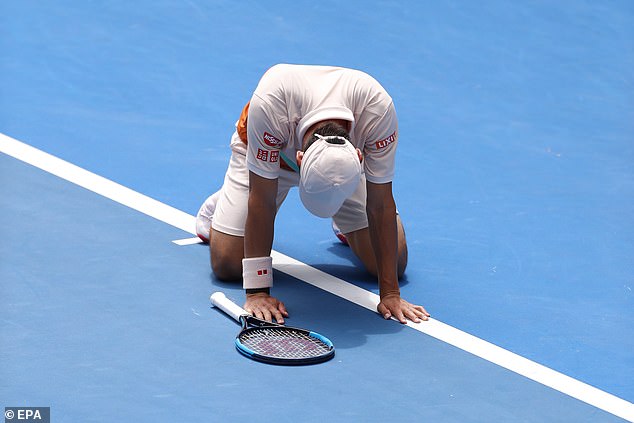 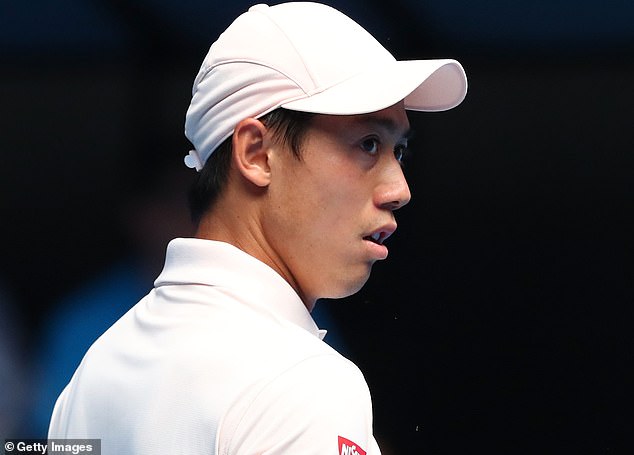 Nishikori, who dropped to his knees after hitting a service winner on match point, led 4-1 in the final-set 10-point tiebreaker but allowed Karlovic to take a 7-6 lead in it.

But a backhand long and service return long by Karlovic allowed Nishikori to retake the lead that he didn’t relinquish.

After weathering 59 aces from Karlovic, the Japanese held firm and will play the winner of Joao Sousa and Philipp Kohlschreiber for a place in the fourth round. 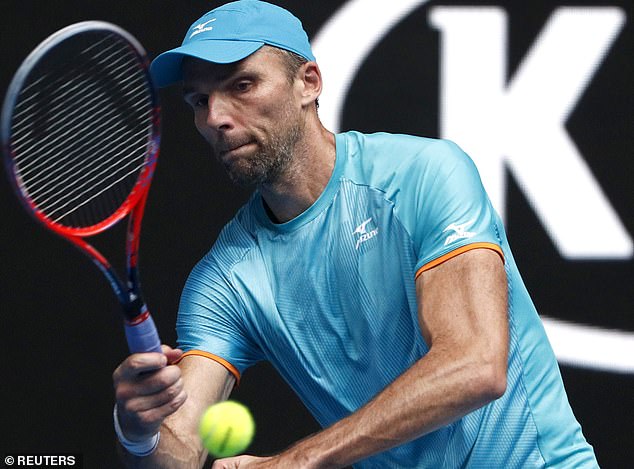 Croatia’s Ivo Karlovic fought hard, particularly in the second set against his opponent 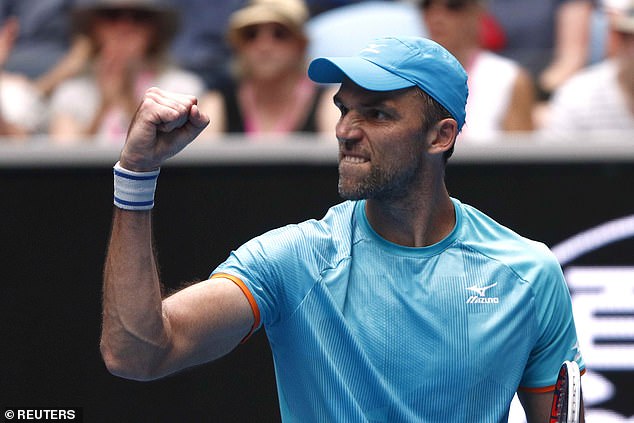 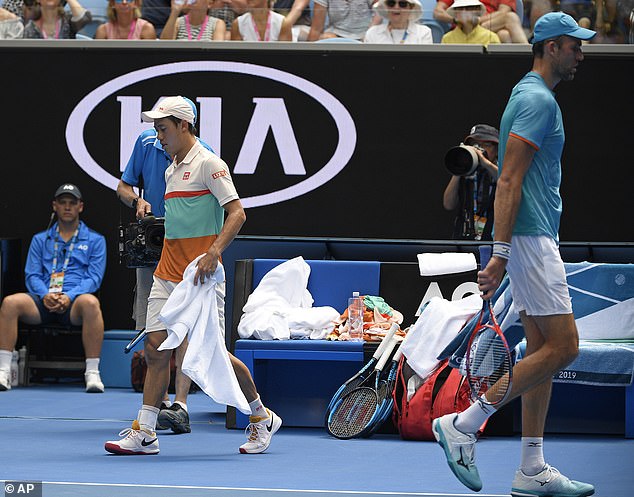