Keir Starmer pockets £6,000 for 15 hours legal work on top of his MP’s salary

Keir Starmer pockets £6,000 for 15 hours legal work on top of his MP’s salary

Labour’s Brexit spokesman Sir Keir Starmer has pocketed almost £6,000 for just 15 hours of legal work on the side of his parliamentary role.

The former director of public prosecutions, who is entitled to do paid work outside of Parliament, earned up to £400-an-hour by working at a law firm this summer.

Sir Keir, who receives a £79,000 salary as Holborn and St Pancras MP, was paid £1,855 by Simons Muirhead and Burton for five hours work offering legal advice on August 9.

And his declaration on the latest register of financial interests also shows he received £4,000 from the firm for ten hours of work on August 22.

It is understood Sir Keir was asked to provide ad hoc legal advice on international cases.

A Labour source said the ‘work undertaken did not relate to Brexit or his role as a Member of Parliament’. 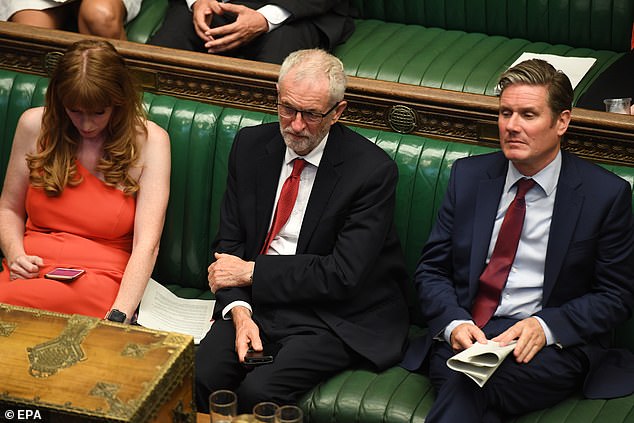 The MP for Holborn and St Pancras receives a salary of £79,000 and is entitled to do paid work outside of Parliament

In 2017, Sir Keir was accused of a conflict of interest after it emerged he was offered a job by Mishcon de Reya – the law firm behind the court case that forced Theresa May to give Parliament a vote on Article 50.

He turned the job down.