A professional skier who gained 25 kilos and was diagnosed as ‘pre-diabetic’ after an accident on the slopes has launched a health food company that banked six figures in its first month of business.

Keira Rumble’s Olympic dreams were crushed when she shattered her shins and broke both arms while training at the age of 15 in 2006.

Forced to abandon her career due to injury, she sought comfort in food and piled on 25kg in five years on a diet of lollies, ice cream and daily desserts.

After being diagnosed as ‘pre-diabetic’ aged 20, she overhauled her diet and resolved to help others do the same by creating Krumbled Foods, a health food brand specialising in $4 snack bars that contain just 2.8grams of sugar.

What was supposed to be a year’s supply of those bars sold out just three weeks after launching in Priceline in August 2019, bringing in a six figure profit. 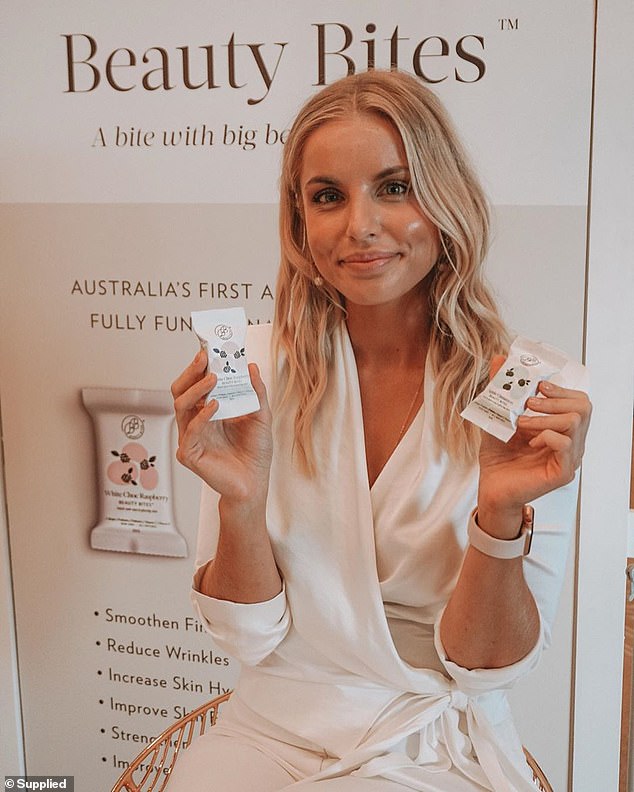 Ms Rumble (pictured) used her pre-diabetic diagnosis as motivation to launch her now-booming business, built around the best-selling Beauty Bites she holds here

Five years of sugar addiction led Ms Rumble to experience constant headaches, nausea, fatigue and depression at the age of 20, and doctors warned that she would become ‘diabetic before you know it’ if she didn’t improve her lifestyle.

The news that she was insulin resistant and ‘pre-diabetic’ was the catalyst she needed to reshape her relationship with food and fitness, returning to the gym and losing the 25kg she had gained over the next two years.

When her weight plateaued, she started researching the nutritional content of food and was shocked to learn the protein balls she had been eating before and after workouts were laden with sugar – the equivalent of two cinnamon doughnuts.

‘I felt almost betrayed by these companies that say they are the healthier option. So much branding and marketing goes into the products, it’s misleading,’ she said. 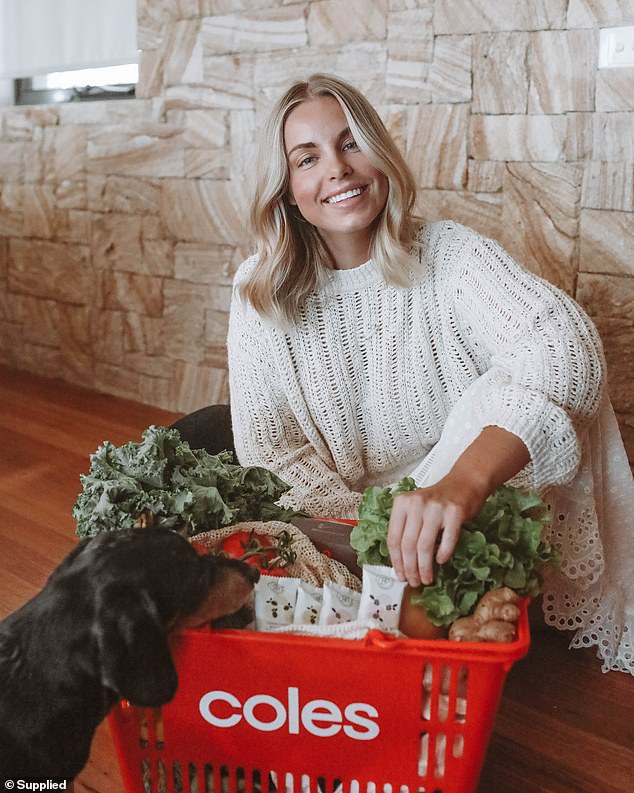 Ms Rumble’s Beauty Bites (pictured in the basket) are now stocked in Coles and Priceline Australia-wide, and in Urban Outfitters across the US 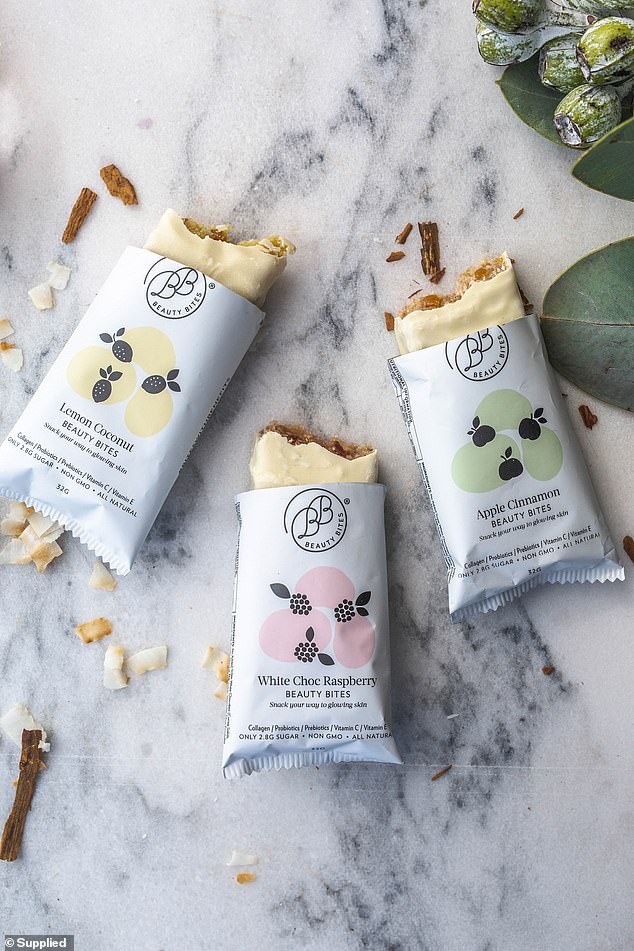 Krumbled Foods’ Beauty Bites, $4 snack bars sweetened with monk fruit and laced with 3,800mg of collagen which come in flavours like coconut lemon and white chocolate

Diabetes is the fastest growing chronic condition in Australia, affecting one in four adults – 1.8 million – over the age of 25. It costs the Australian economy an eye-watering $14billion (AUD) every year.

Over 280 Australians develop diabetes every day – that’s one person every five minutes.

Eight percent of those live with type 1 while roughly 90 percent are affected by type 2, which can be delayed or prevented with improvements to diet and lifestyle.

Ms Rumble has made it her mission to help people do just that.

‘The good thing is diabetes is largely preventable with proper management, and I felt if I was having this issue [difficulty in finding healthy products low in sugar], a lot of others must be too,’ she said. 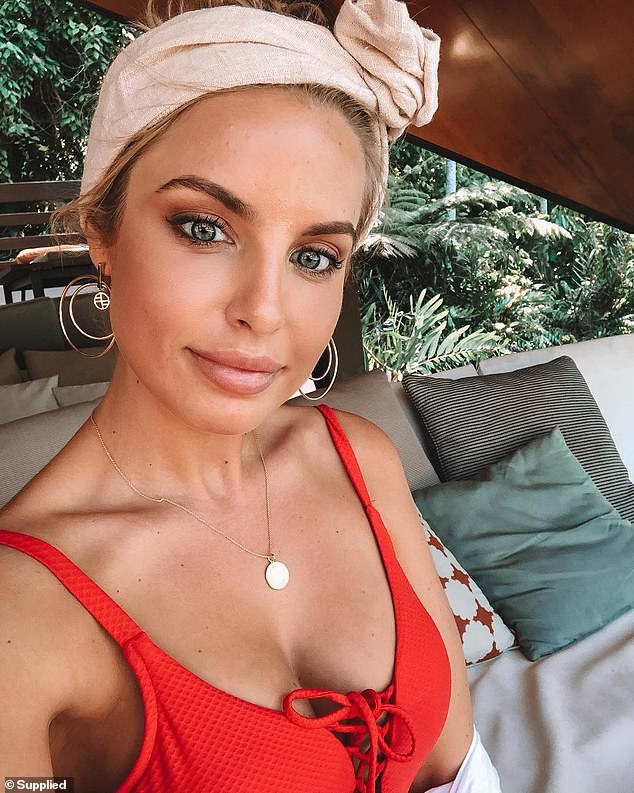 Having settled on a low-sugar health food snack as the product she wanted to create, she realised how much time and money she was spending on collagen supplements, edible powders and cosmetics.

‘That’s when I decided I wanted to create an all-in-one, healthy functional snack that’s perfect for the busy person who doesn’t have time to put all those products together,’ Ms Rumble said.

Collagen is linked to a slew of health benefits including reduced wrinkles, stronger bones, brighter skin and smoother movement of joints, with a booming industry built on its back in recent years.

The global collagen market is projected to generate more than $1billion (AUD) by 2026, a research report by Global Market Insights reveals.

There are two main types of diabetes. Both are chronic (long term) diseases that affect how the body regulates blood sugar or glucose. Glucose is the fuel that feeds the body’s cells, but it cannot enter cells without a key called insulin.

Ms Rumble’s brand took two years to finalise and she says she did ‘a lot of late night Googling’ to iron out the logistics of manufacturing and the legality of trademarks.

She says she will ‘never use dates’ – the sweetener typically used in ‘health foods’ – because of their high content of natural sugar.

‘They’re a big no-no for us because it’s the cheapest way to bulk out a product,’ she said.

‘Dates are great in moderation if you’ve got an active lifestyle, but especially now during COVID when we’re a lot more sedentary, the sugar catches up on you.’

Each Beauty Bite contains just 2.8g of sugar and 3,800mg of collagen – more than any of the leading soluble sachets on the Australian market. 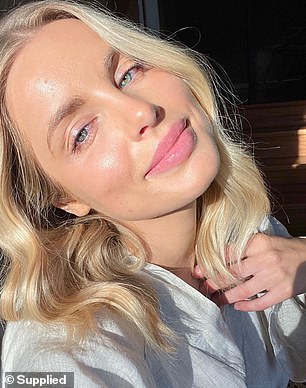 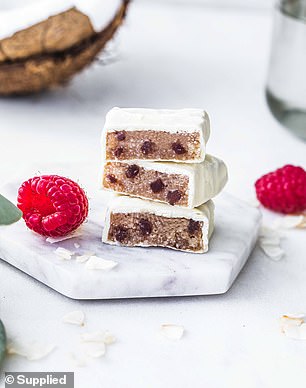 The bars launched first launched in Priceline and customers snapped up 12 months worth in the space of three weeks.

‘It was a great surprise when that happened, if a bit overwhelming!’ Ms Rumble said.

‘I really thought Priceline was going to be ‘it’ for us in terms of major retailers, but then when we saw the demand we reached out to other buyers on LinkedIn and it went from there.’

They’re also stocked in Coles Australia-wide and launched in Urban Outfitters across the US on March 23, the day Australia and the UK implemented lockdown to slow the spread of COVID-19.

– Constant thirst and drinking a lot

– Numbness and tingling in the hands and feet (type 2)

But the outbreak that’s upended economies and bankrupted countless businesses has done nothing to destabilise Ms Rumble’s label, which has seen a staggering 418 percent increase in sales over the past six months.

Coles has sold out of Beauty Bites in more than 50 percent of its stores in the past week.

As a result, Ms Rumble was chosen as the Australian recipient of this year’s Sephora Accelerate Program, which scouts promising female entrepreneurs in the health industry and provides them with funding, mentoring and connections to investors.

She is preparing to release six new products before the end of the year, virus-related logistical issues notwithstanding, along with a clean cosmetics line called Habitual Beauty slated to launch in October.

Australian Diabetes Week is a national awareness campaign that runs from July 12 to July 18, focusing on the mental and emotional impact of living with the disease.