Keith Richards’ former son-in-law, 45, dies after being hit by a train

The former son-in-law of Rolling Stone Keith Richards has died after being hit by a train.

Dominic Jennings, 45, who was once married to the guitarist’s daughter Dandelion, had been arrested by police two days before the tragedy.

He was killed on the railway track at Chichester station at 7am on Wednesday.

Mr Jennings’ parents Cyril and Carole and his twin sister Kirsty, known as Koo – who has a daughter Chay – were too devastated to comment about the incident, which occurred on the line between Havant in Hampshire and Barnham in West Sussex.

Dominic Jennings, 45, who was once married to Keith Richard’s daughter Dandelion (pictured on their wedding day), had been arrested by police two days before he died after being hit by a train 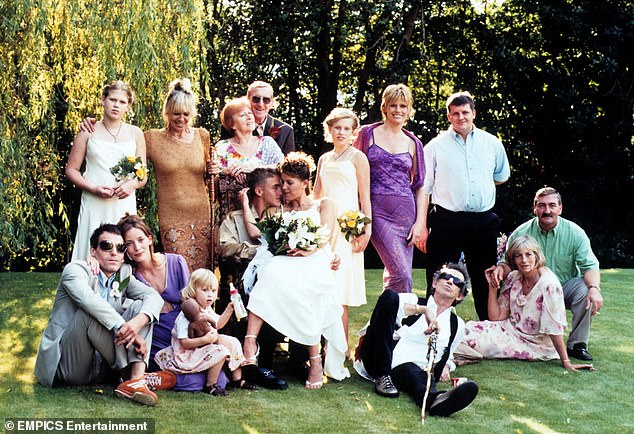 Mr Jennings, a carpenter, married Angela (together, centre), the daughter of Richards and his then lover Anita Pallenberg (second left, back row), in a ceremony in 1998

It comes three months after Dandelion, 48, who now uses her middle name Angela, became engaged to Graham Whitney, the father of her children Ava, nine, and Otto, six.

Mr Jennings, a carpenter, married Angela, the daughter of Richards and his then lover Anita Pallenberg, in a ceremony in 1998. The Rolling Stone paid more than £250,000 for the blessing at his £2million 20-acre home in West Wittering, West Sussex, and walked his daughter down the aisle.

Guests included Ronnie Wood, Jerry Hall, Kate Moss and Marianne Faithfull. The marriage is believed to have disintegrated about a decade ago. 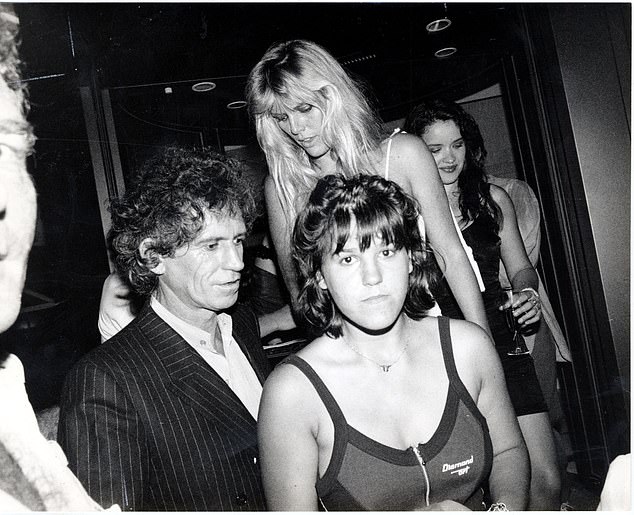 Miss Richards (right, pictured in 1998) was known as the ‘baby who almost broke up the Stones’ after Richards accused Mick Jagger of being her father at a time when both men and Miss Pallenberg were heavy heroin users

After Mr Jennings’ death, Miss Richards posted on Facebook: ‘Been laying [sic] awake for hours reflecting on the last 48 hours.

‘I will not be hypocritical as my friends and family know that Dominic and myself have been separated for over 10 years and not on pleasant terms but my heart breaks for one of my closest friends Koo Violet and for my goddaughter Chay.

‘We have been friends for years and we have always supported each other through everything and she has always stuck by me. Dominic was a son, brother and an uncle. My condolences go out to his family and friends.’

Miss Richards was known as the ‘baby who almost broke up the Stones’ after Richards accused Mick Jagger of being her father at a time when both men and Miss Pallenberg were heavy heroin users. She was brought up by her grandparents – Richards’ parents Doris and Bert – in Dartford, Kent, because her mother was too hooked on drugs to care for her. 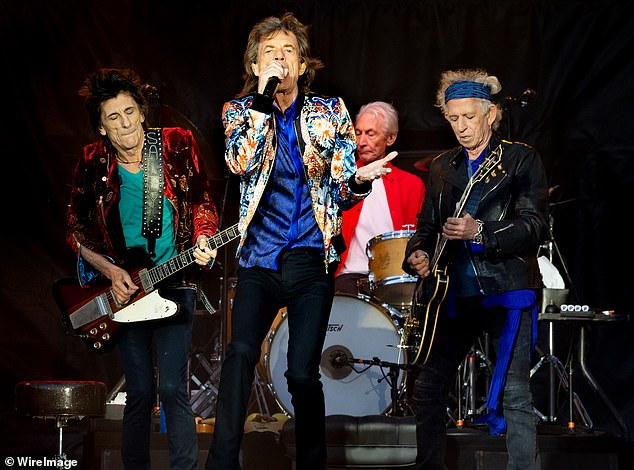 British Transport Police said of Mr Jennings’ death: ‘Officers were called to the line in Chichester…following reports of a casualty on the tracks.

‘Paramedics also attended, however, sadly, a man in his 40s was pronounced dead at the scene.

A spokesman said yesterday: ‘This incident has been the subject of a mandatory referral by the force to the IOPC as there had been some previous recent contact between the man and the police before the incident. We await the IOPC response.’

The IOPC said: ‘We have received a referral from Sussex Police regarding a man who died following contact with police.

‘The referral will now be assessed to determine if IOPC involvement in any investigation is required.’