Labour MP Keith Vaz has been spotted out and about at a Bollywood gala and a Polish folklore festival – but is still deemed too sick to be investigated over his liaison with Romanian male prostitutes.

A parliamentary inquiry into the veteran politician was suspended in December ‘for medical reasons’, but he has continued to take part in engagements in the UK and around the world.

Last month the Mail revealed that questions have been asked about exactly how ill Mr Vaz is.

Since the investigation into his conduct was halted by the standards commissioner, the Leicester East MP has opened a new swimming pool in the city, attended planning meetings, travelled nearly 5,000 miles to India and took a trip to Saudi Arabia.

In his latest outing earlier this week, Mr Vaz appeared alongside Bollywood actor Shatrughan Sinha at an event in London, where they were both pictured on stage. Mr Sinha told the website Bollywood Hungama how he had been invited to come to the UK by the Labour MP.

He said: ‘Keith and the Indian community in London wanted to honour me. I couldn’t say no. This was a huge and humbling honour coming from my brothers and sisters on British soil.’

The MP was also a VIP guest at the Festival of Polish Folklore in Leicester on Sunday, described on its website as a vibrant celebration of Polish dance, song and music that featured more than 400 performers. 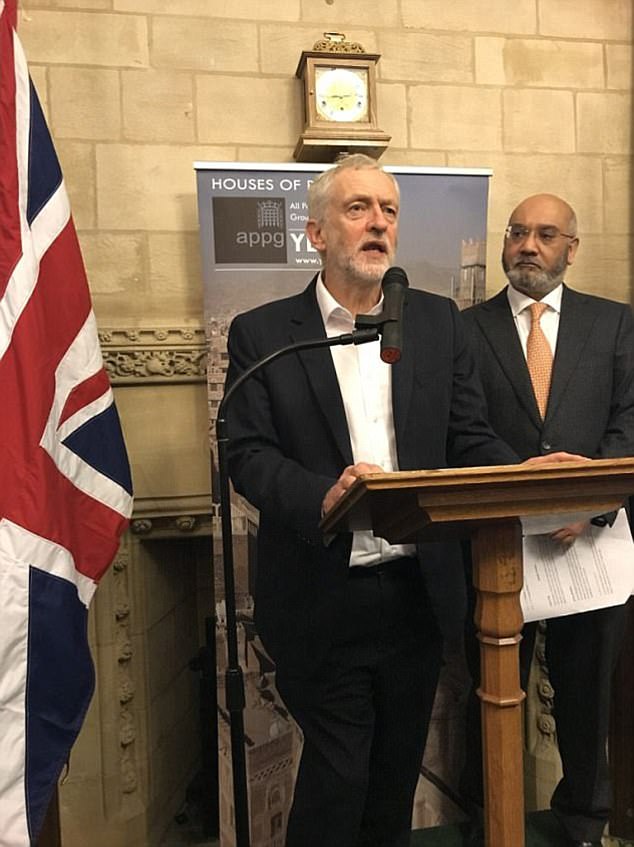 Married Mr Vaz, who has two children, stood down as chairman of the Commons home affairs committee after his involvement with male prostitutes was exposed by a newspaper sting in 2016.

During the liaison, at which he claimed his name was Jim and that he was a washing machine salesman, he discussed buying cocaine with one of the Romanian rent boys, with undercover film footage of him saying he would pay for the class-A drugs but did not want to take any himself.

Later that year, Scotland Yard dropped its investigation into Mr Vaz, but a separate probe by the Commons sleaze watchdog was due to look at whether the MP was guilty of a conflict of interest as he had been leading a review of vice laws at the time of the allegations.

The inquiry was also due to examine whether he had caused ‘significant damage’ to Parliament’s reputation.

But in December, the standards commissioner Kathryn Hudson cited medical reasons when she suspended the long-running investigation into Mr Vaz.

However, that same month, Mr Vaz reportedly went on a trip to Saudi Arabia, while in January he posted a picture of himself in Goa, India, with government minister Rohan Khaunte.

That month he was also photographed alongside Labour leader Jeremy Corbyn at a meeting of the all party parliamentary group on Yemen. 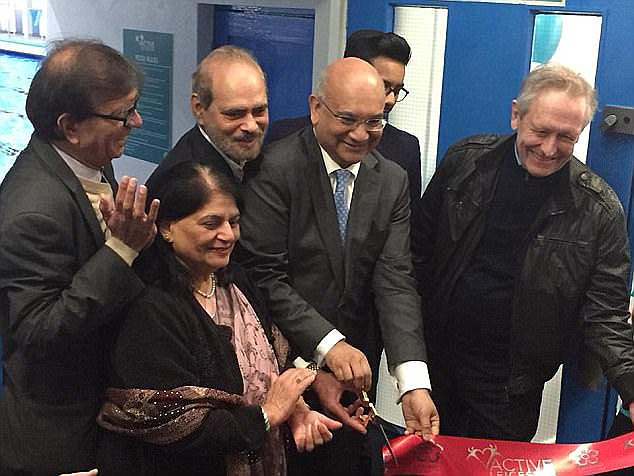 In February, Mr Vaz was well enough to open a sports centre in Leicester, where we is an MP

Last month North West Leicestershire MP Andrew Bridgen, who instigated the original complaint in September 2016, said Mr Vaz appeared in ‘fine fettle’ and that a dossier on Mr Vaz’s public appearances would be passed to the standards commissioner.

He added: ‘He is supposedly unfit to answer questions about his conduct in relation to rent boys and cocaine, but he appears to be out and about in Leicester and elsewhere.

‘He is the most healthy looking ‘ill’ person I’ve ever seen. At the end of the day, if he’s unfit to be held to the standards of an MP then he’s not fit to be an MP.

‘He should step down and we should have a by-election in Leicester East. The parliamentary standards watchdog says she has independent medical advice to say that he cannot face questions. But he looks surprisingly well to me.’

Mr Vaz did not respond to a request for comment last night.