By Shelby Slaughter For Dailymail.com

The American Idol alum, 37, and the So What singer, 40, exchanged a few tweets on Twitter on Sunday evening about aging.

‘I’m fortunate because I’ve never really depended on my looks. I’ve decided that my talent and my individuality is far more important than my face,’ Pink said on her Twitter.

Coming together: After Pink tweeted that she wants to age the ‘ol fashioned way’ good pal Kelly Clarkson responded saying that she agrees

‘I feel you …. except for, you know, the flying through the air thing,’ Kelly said while retweeting the fellow singer’s previous tweet.

‘You know what, I’ll keep holding it down on the ground for us and you keep the air safe. I’ve always enjoyed teamwork.’

Recently, the singer has been vocal about her love for Pink over the years calling herself a ‘huge Pink fan’ during her show, The Kelly Clarkson Show, where she even performed the artist’s hit, What About Us. 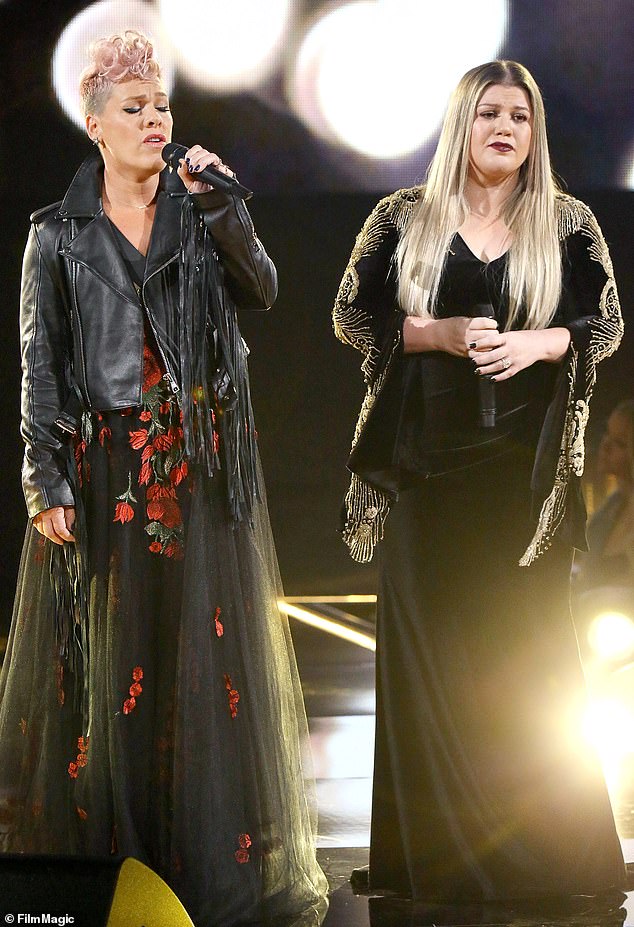 Taking the stage: The two megastars took the stage together back in 2017 for the American Music Awards

Clarkson and Pink have also taken the stage together, as well.

Back in 2017, the two performed Everybody Hurts together at the 2017 American Music Awards.

Before the show, the mother-of-two took to her social media to share her excitement before taking the stage with the powerhouse.

‘This woman has a direct line to outer space with that voice. I feel lucky to stand next to her when she sings. Tonight will be an honor for me.’ 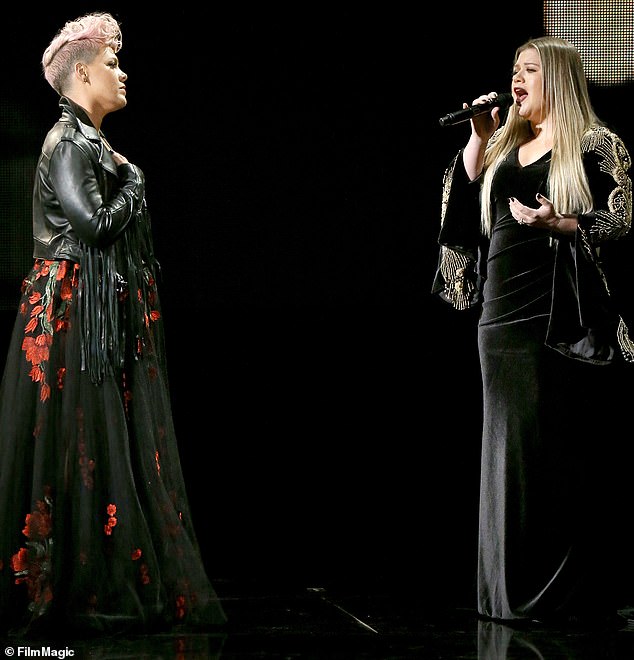 Lucky: ‘This woman has a direct line to outer space with that voice. I feel lucky to stand next to her when she sings. Tonight will be an honor for me,’ Pink said on her Twitter ahead of the performance

Her new talk show which she calls a ‘weekday hang’ was recently renewed for a second season which put an end to Steve Harvey’s longtime run on the network.

‘You’ve just got to keep going up the hall,’ Harvey had previously said of his new show Steve on Watch that airs on Facebook Watch. 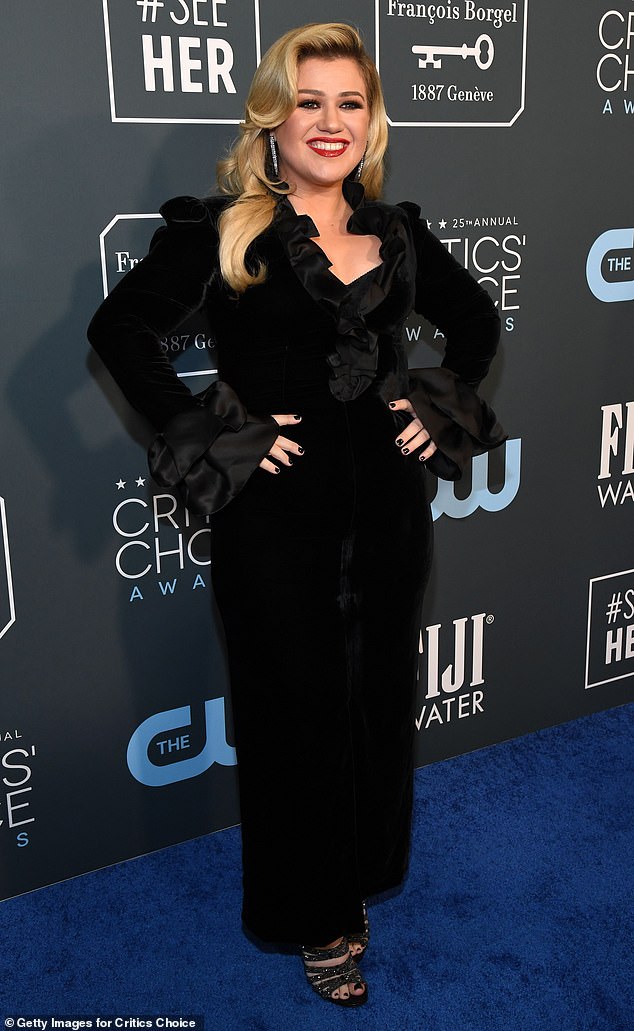 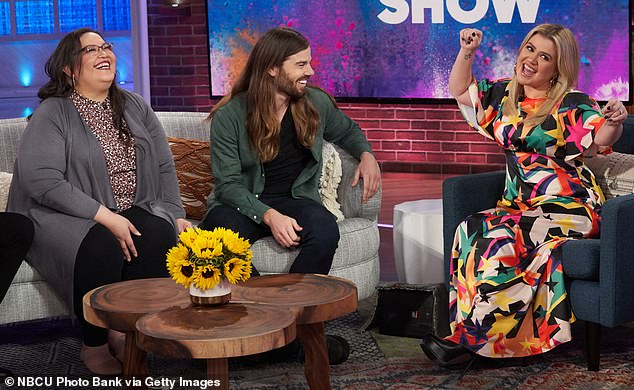 New host alert: Kelly gave a big smile while chatting with some of her guests Rosita Barlow and Dan Price