Kelly Clarkson donned stars and stripes on Sunday to sing the national anthem at the Indianapolis 500.

The 36-year-old singer was spotted checking her cell phone before belting out The Star-Spangled Banner at the Indianapolis Motor Speedway in Indiana.

The American Idol season one winner donned a knee-length black dress with stars and striped sleeves over black leggings for her performance.

Phone check: Kelly Clarkson checked her cell phone on Sunday before singing the national anthem at the Indianapolis 500 in Indiana

Kelly completed her outfit with black and white trainers and had her long blonde hair down in soft curls around her shoulders.

She performed in front of a military color guard bearing the US flag and armed forces banners.

The fan favorite gave one male spectator a high-five as she left the stage. 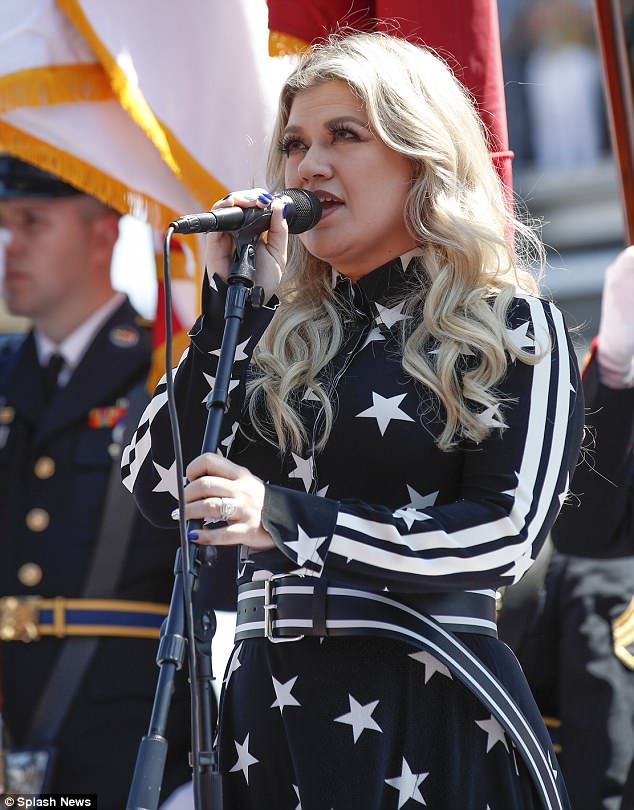 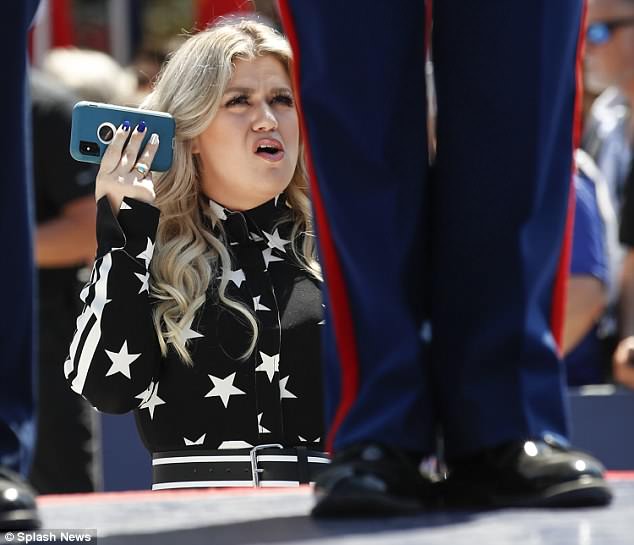 Annual race: The American Idol champion sang the national anthem before the 102nd running of the Indy 500 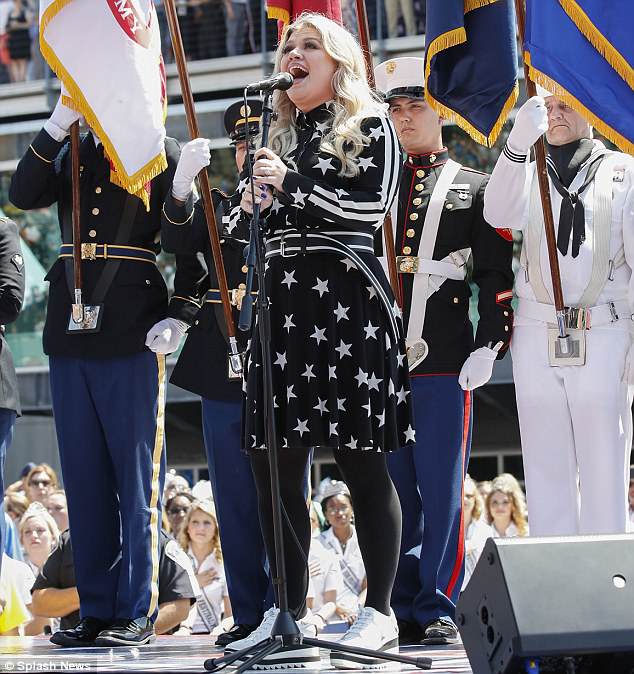 Power celebrated with the traditional bottle of milk alongside his wife Liz and his racing team.

Helio Castroneves, Tony Kanaan, Sebastien Bourdais and Danica Patrick were among those who crashed out of the race in single-car spins. 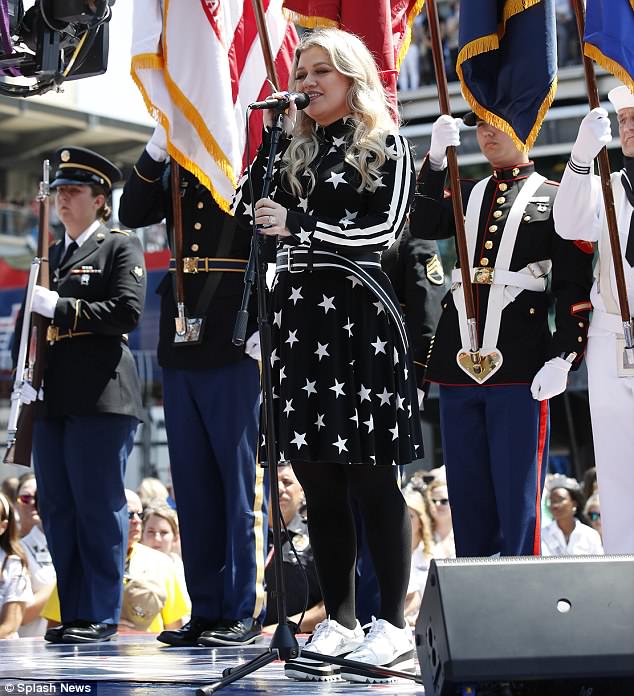 Casual footwear: Kelly wore black and white trainers along with her patriotic outfit 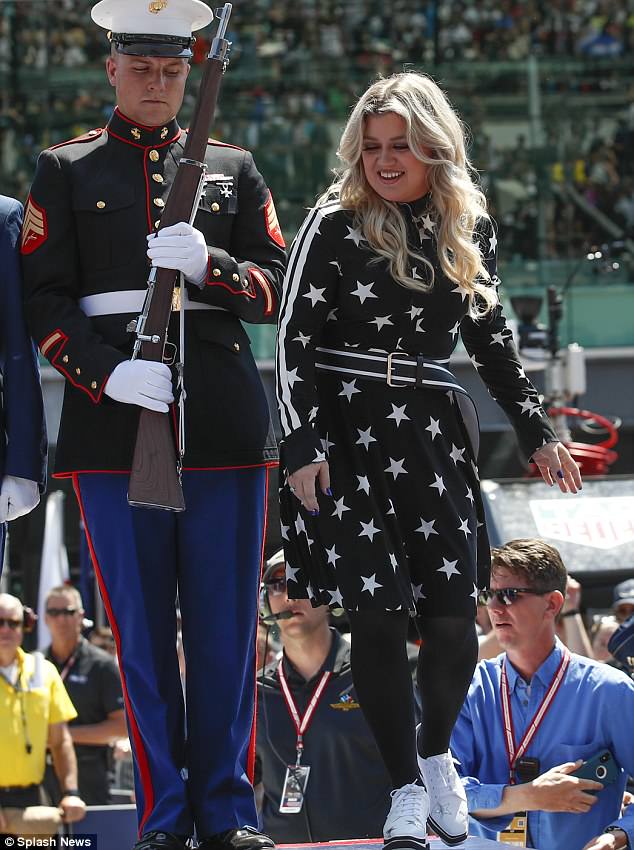 Engines revving: The singer left the stage as drivers prepared for the start of the race 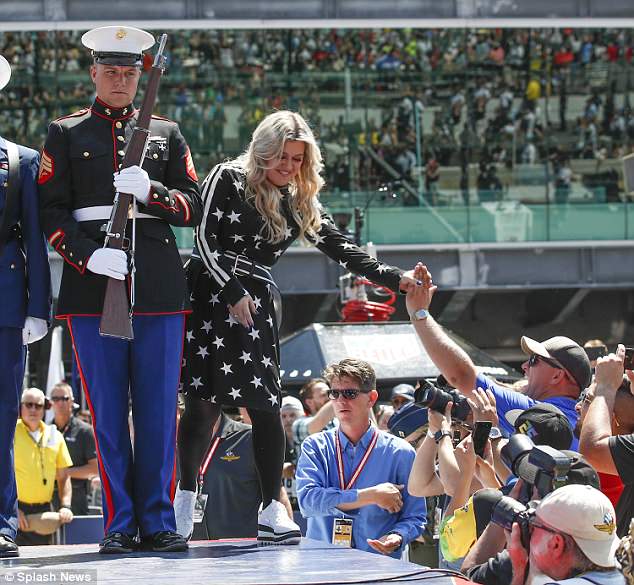 Fan favorite: One man in the audience got a high-five from Kelly

Defending race winner Takuma Sato was also knocked out when he ran into the back of a slower car. 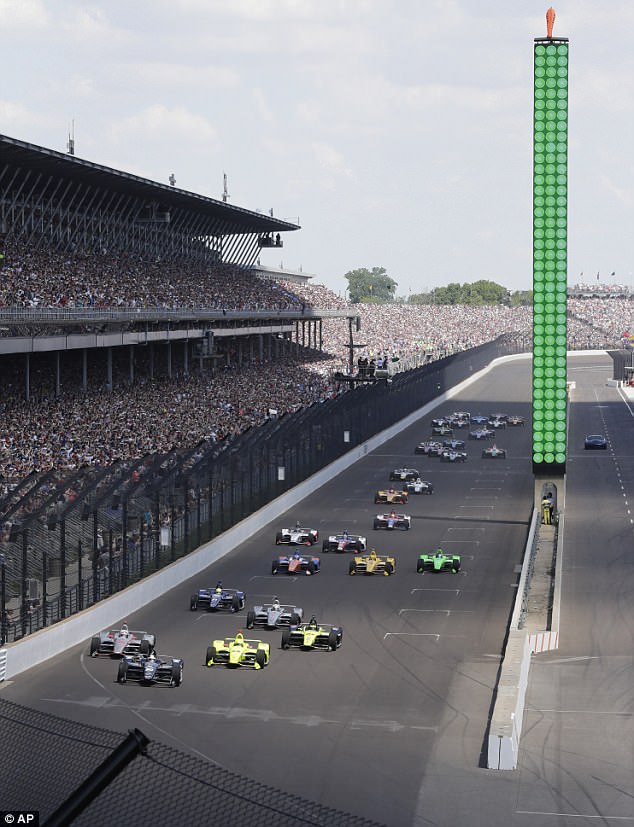 First turn: The field is shown entering the first turn during the Indy 500 at Indianapolis Motor Speedway 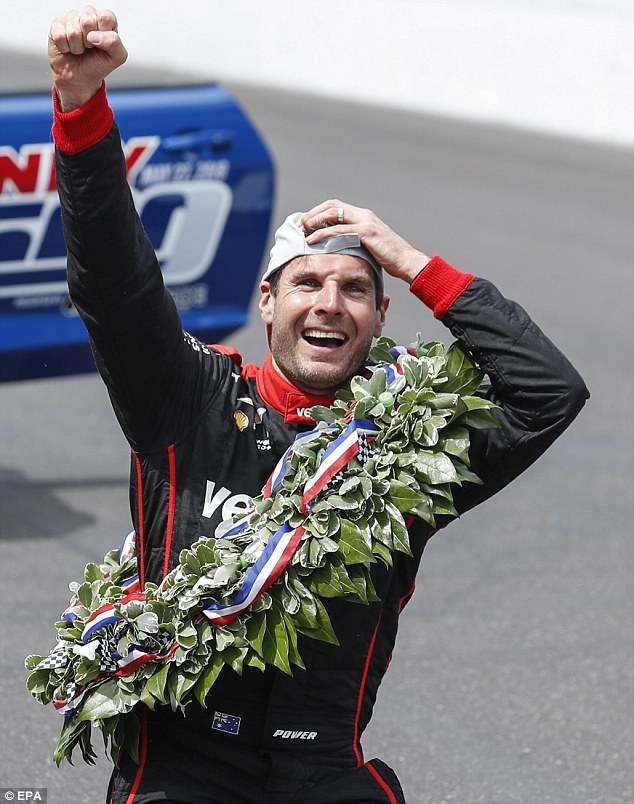 The winner: Australian driver Will Power of Team Penske won the Indy 500