‘I hope she doesn’t see it!’ Kelly Clarkson performs stunning version of ‘Shallow’… which fans are saying is BETTER than Lady Gaga’s Oscar nominated version

Kelly Clarkson’s cover of Lady Gaga’s Grammy-winning song has been hailed better than the real version by some fans who watched the singer belt out Shallow on Friday.

Clarkson, 36, tackled the track as she took her Meaning of Life tour to Green Bay, Wisconsin and gushed about A Star Is Born actress Gaga – whose real name is Stefani Germanotta.

Speaking about the 32-year-old – who won a Grammy for her duet with Bradley Cooper, 42, the original American Idol winner said: ‘It’s cool just to know that someone that talented is also really nice.’ 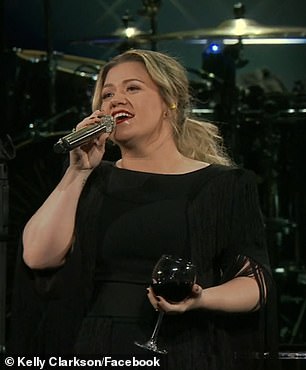 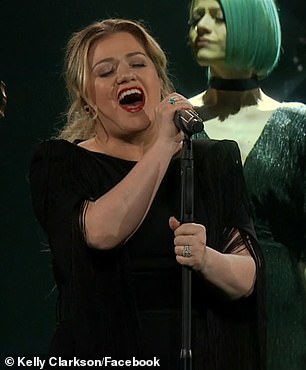 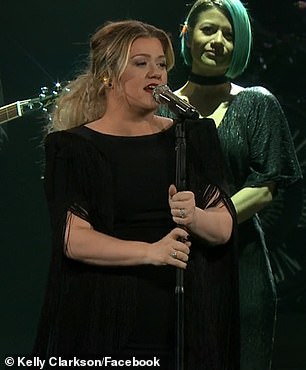 She called Gaga the ‘nicest human’ and before singing she said: ‘I hope I don’t suck, and if I do, I hope she doesn’t see it!’ 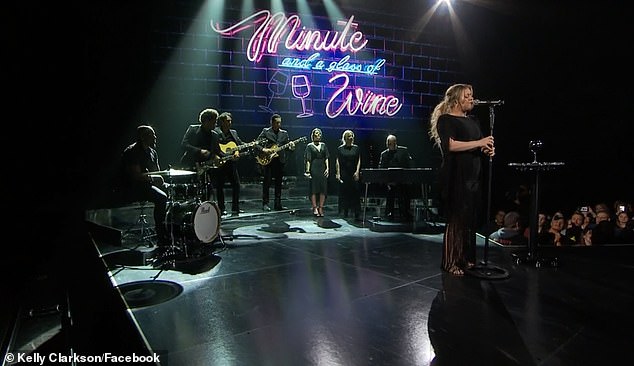 Clarkson recalled Gaga sending a handwritten letter saying it was an honor to perform in the same show as her years ago when she started out in the industry.

But she prepared to sing the tune written by the ‘nicest human being ever’ she confessed an insecurity about altering the tune.

Clarkson said: ‘So we’re gonna do our version of it because obviously, I don’t have a Bradley Cooper here, so I’m just holding it down. I hope I don’t suck, and if I do, I hope she doesn’t see it!’

A fan posted on Twitter that after comparing the two versions: ‘I love Kelly’s version better’

One tweeted: ‘Kelly Clarkson and Lady Gaga should have dueted this who’s BRAD again?’ 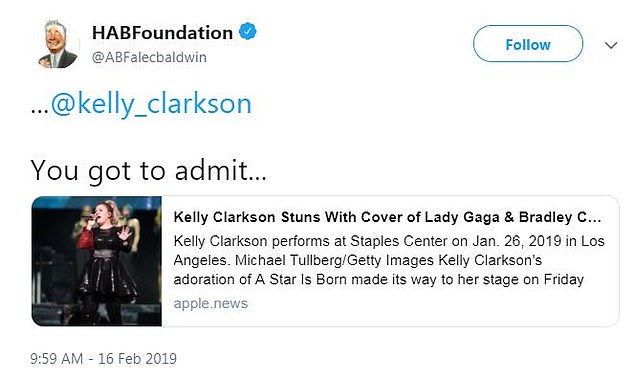 Clarkson admitted after the song that she messed up one verse by coming in too early with her favorite part.

Viewers of the performance expressed on Twitter that Clarkson did a better job.

‘Kelly Clarkson and Lady Gaga should have dueted this who’s BRAD again??’ one tweeter wrote. 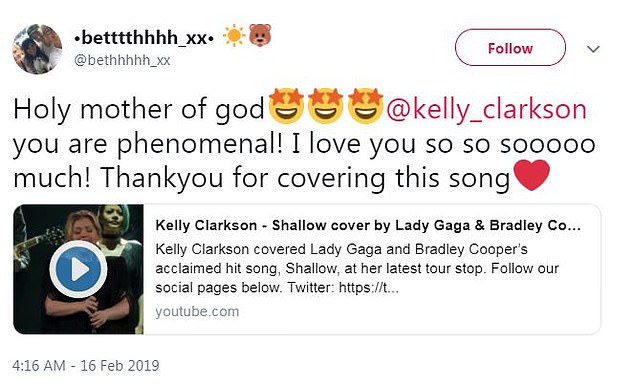 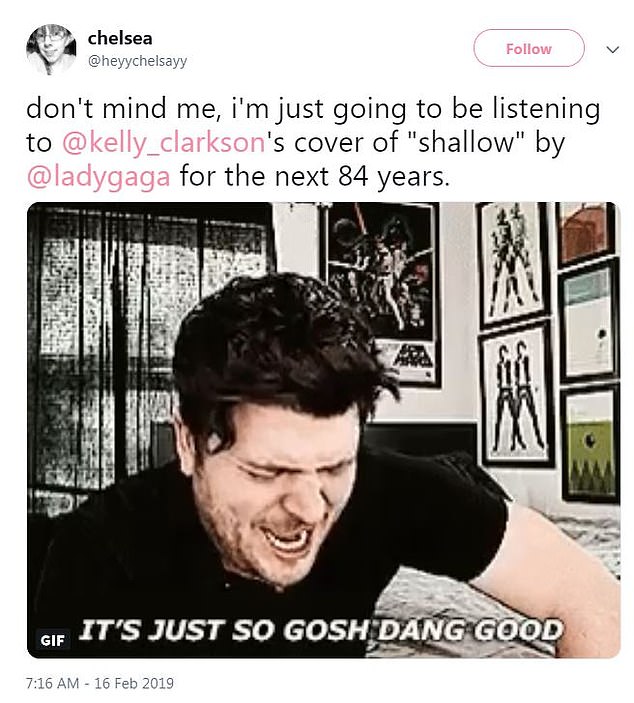 ‘Don’t mind me, i’m just going to be listening to @kelly_clarkson’s cover of ‘shallow’ by @ladygaga for the next 84 years,’ a social media user joked

Another posted: ‘I’ve listened now to both Kelly’s and Lady Gaga’s performance of “Shallow”. And ladies and gentlemen, I love Kelly’s version better, IMHO.’

Viewers didn’t seem to change their mind as they listened to the performance on repeat.

‘Don’t mind me, i’m just going to be listening to @kelly_clarkson’s cover of ‘shallow’ by @ladygaga for the next 84 years,’ a social media user joked.

Humble Clarkson didn’t think too highly of herself and saved some compliments for Cooper’s music talent.

Clarkson added about the Oscar-nominated duet from movie A Star Is Born: ‘She’s nominated for a billion awards for and I hope she wins’

She revealed she’s hoping it takes home more gongs, ahead of the Oscars next weekend where it’s nominated for Best Original Song.

‘Anyway, I’ve been rooting for her for a while. This song, I just, I love it. It’s from that movie that she’s nominated for a billion awards for and I hope she wins,’ Clarkson continued. ‘I thought she and Bradley Cooper did such an awesome job with this song.’

However Cooper admitted on The Late Show with Stephen Colbert on Thursday that after watching himself perform in character as Jackson Maine during Gaga’s Enigma gig recently he looked like ‘this idiot from Philadelphia’.

Instead he’ll sing it as himself at the 2019 Academy Awards.