Kelly Clarkson reveals she thought her son was deaf

Kelly Clarkson reveals she once thought her son was deaf after the youngster struggled with speech: ‘It pushed him back almost nine months’

Kelly Clarkson once believed her son Remington was deaf after the youngster struggled with his speech.

The American Idol alum, 38, revealed Remington, four, had problems with his speech as a baby, but the problem was actually due to wax build-up.

‘He had a speech problem because he had this ear problem when he was a baby. We didn’t know,’ Kelly told People. ‘But way deep down in his ears, he got clogged up with a ton of wax where we thought, almost, he was deaf because he spoke as if he was underwater.’

‘He spoke as if he was underwater’: Kelly Clarkson once believed her son Remington was deaf after the youngster struggled with his speech (pictured with her daughter River and son Remington)

Unfortunately, the issue pushed him back developmentally.

‘We found [out] it was something simple, but it pushed him back almost nine months,’ she explained.

Remington is still seeing a vocal therapist, but nowadays his sessions are online over Zoom.

Remington has been making a lot of progress, and Kelly is happy to see him communicating in full sentences. 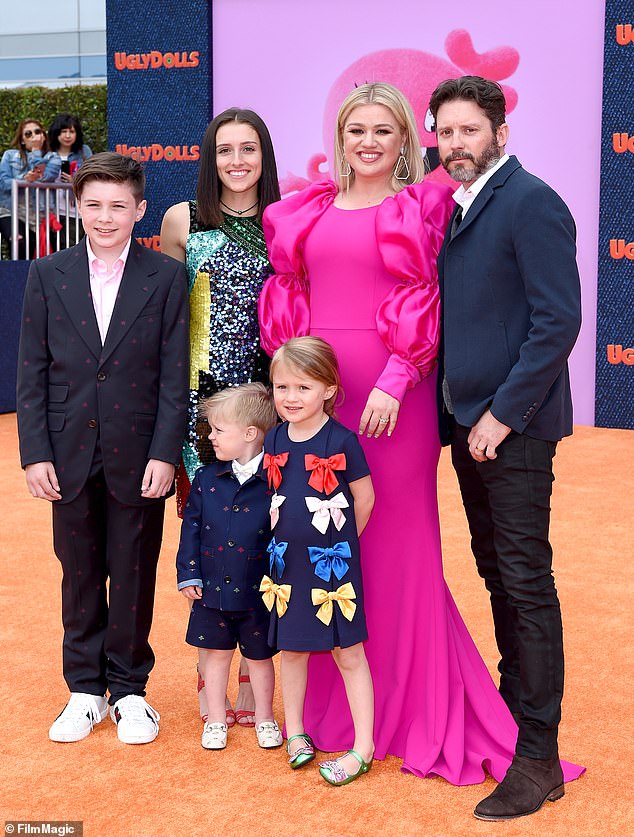 Blended family: Clarkson and her husband Brandon share two children together, and she is also stepmom to his children from a previous marriage, Seth and Savannah Blackstock

‘The big milestone for us is Remy getting to really find out his own personality and his identity, because it’s been frustrating for him to not be able to really vocalize his emotion,’ Kelly said.

‘It’s a really important thing and it’s very frustrating for them and us because we can’t communicate all the time,’ the singer said. ‘The fact that he’s making full sentences now and full-on engaging with us is really a blessing.’ 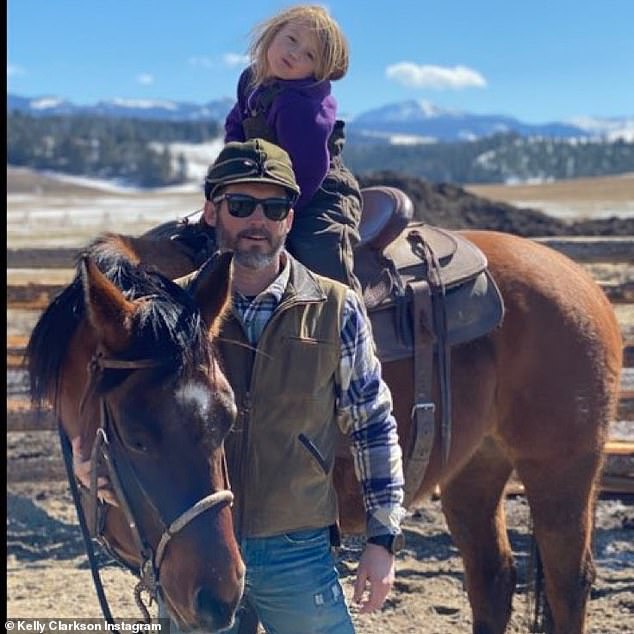 Father-daughter moment: Kelly shared a snap of her husband giving their daughter a horse riding lesson during quarantine

The couple are currently quarantining together on their property in Montana with their nanny, whom Kelly is grateful to have at this time.

‘We actually took our nanny with us because I knew I would have to still work, we were very smart in bringing Allie along,’ she said.

Business has indeed continued as usual, with Kelly even putting her Encino home on the market for $10 million.

The main house is an eight-bedroom, 11-bathroom home that spans 9,869 square feet, which also includes a two-level guest house with two bedrooms and two bathrooms as well, according to TMZ.

The singer is also trying to her home in Hendersonville, Tennessee, just outside of Nashville, for $7.5 million as well. 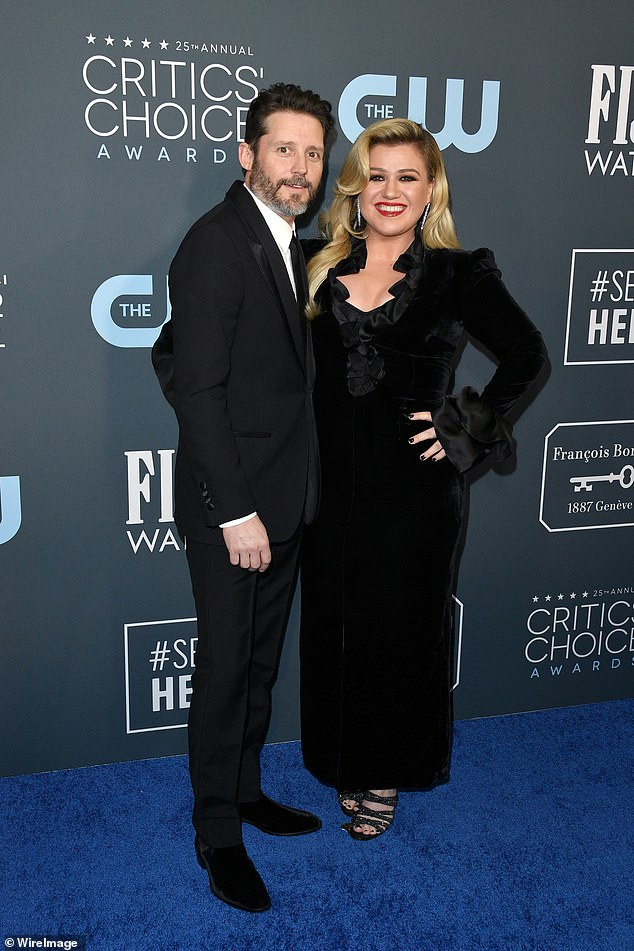