Kelly had her blonde hair down in loose curls around her shoulders and accessorized with large earrings for her performance at The Colosseum at Caesar’s Palace.

The Voice judge performed as part of a presentation by STX Films at the CinemaCon annual gathering of movie theater owners.

She will provide the voice of Moxy in the animated musical comedy Uglydolls scheduled for release on May 3. 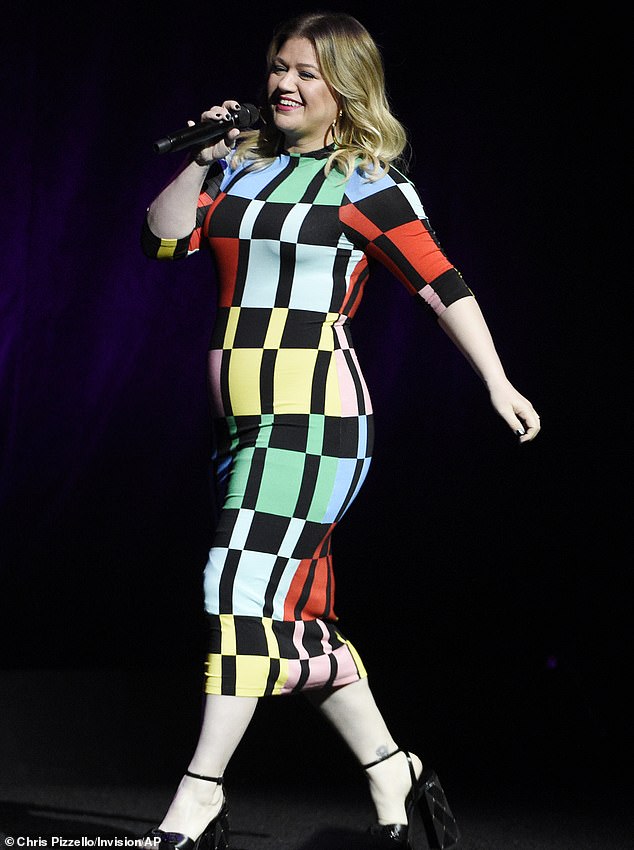 Coming soon: The American Idol winner will provide the voice of Moxy in the animated musical comedy Uglydolls scheduled for release on May 3 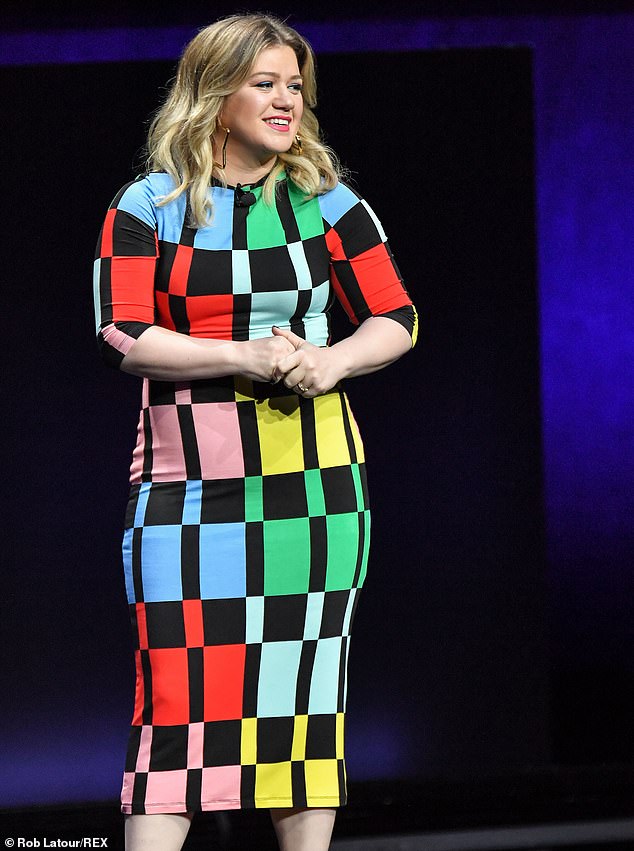 Colorful outfit: Kelly stood out in her bright multi-color dress

Kelly was joined at the presentation by singer Pitbull, 38, who provides the voice of Moxy’s closest friend Ugly Dog in the movie.

The film is based on the plush toys of the same name. 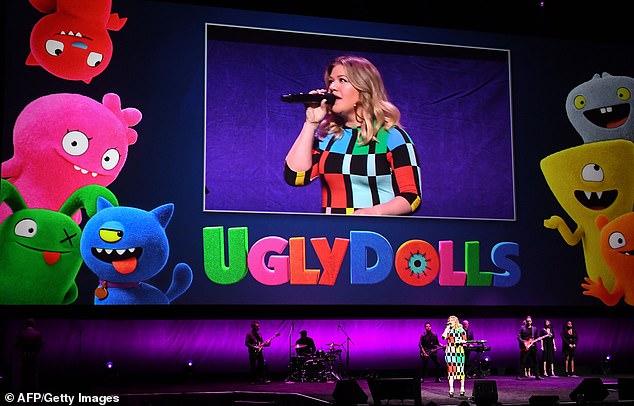 Plush toys: The Uglydolls movie is based on the plush toys of the same name 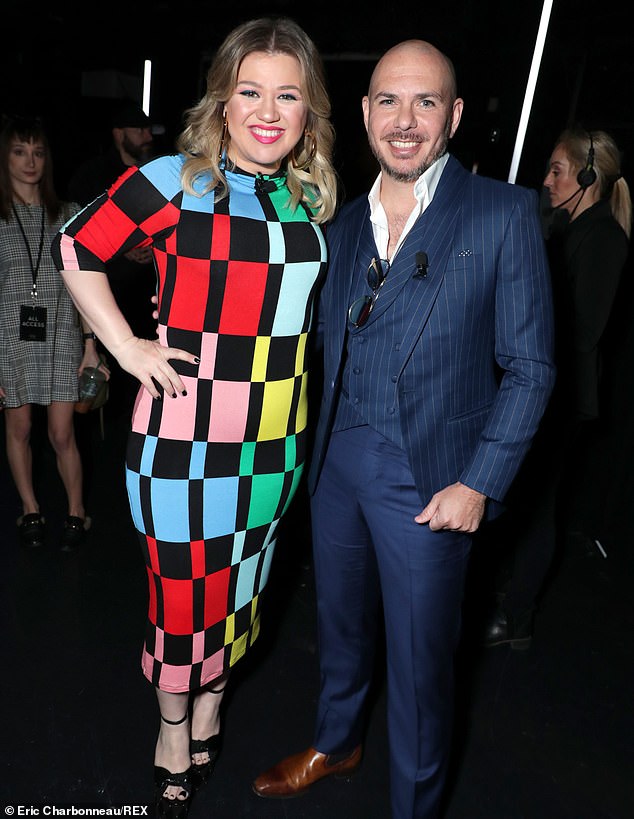 Film stars: Kelly caught up with Pitbull who also provides his voice in Uglydolls 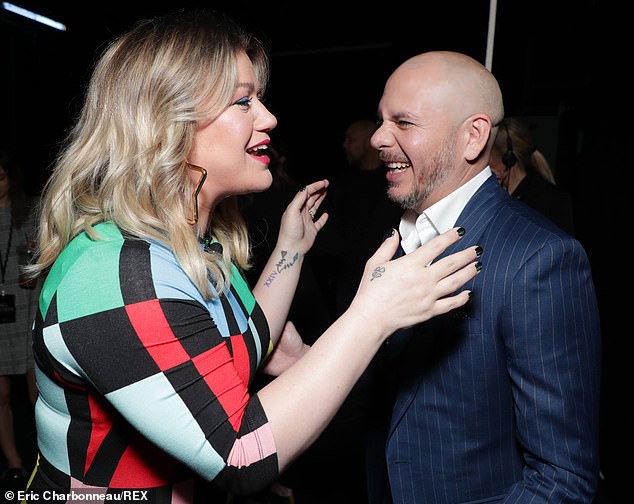 Good times: The Since U Been Gone singer and Pitbull smiled and laughed while hanging out

Uglydolls was directed by Kelly Asbury, 59, who previously directed Shrek 2 and Gnomeo & Juliet.

Kelly is set to debut her new variety talk show The Kelly Clarkson Show on September 9.

The Since U Been Gone singer over the weekend wrapped her Meaning Of Life tour in Greenville, South Carolina. 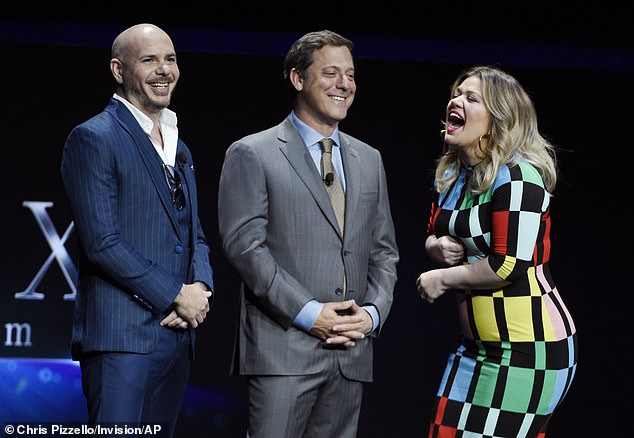 On stage: Pitbull,  STX Films chairman Adam Fogelson and Kelly enjoyed a light moment on the stage in Las Vegas