The Kelly Clarkson show is off to a great start.

The American Idol champ’s daytime broadcast is already shaping up to be a success, earning a respectable 1.9 household rating across primary runs in the metered markets.

Numbers like that make Kelly’s NBC talk show the highest daytime debut in the past seven years.

Making her mark! Kelly Clarkson earned strong ratings for the debut of her new daytime show

This makes Clarkson part of an A-list group of hosts.

Before that Katie Couric’s 2012 show Katie premiered at 2.8. Prior to that it was the Steve Harvey show which made a strong 1.5 debut.

Kelly does have the advantage of airing during NBC’s 2pm slot which leads into the beloved Ellen show.

In addition to her all-around statistics, Clarkson made a strong showing in her key demographic (Women 25 to 54). 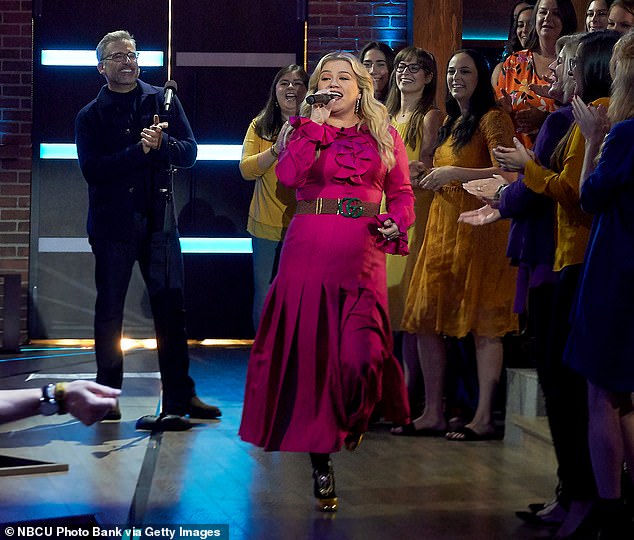 Kelly’s show earned an average of a 0.8 rating, making it the best daytime debut in the past five years.

The Stronger singer made a strong showing against her 2pm peers, who include fellow newcomer Tamron Hall. Former Today co-host Hall earned a 1.4 household rating for her syndicated show’s debut.

It’s good to note that Hall follows top daytime top contenders Live With Kelly And Ryan, meaning many of its viewers are likely holdovers from the longtime favorite.

Though ratings are strong, Kelly and company still had to overcome a few obstacles to get things going. 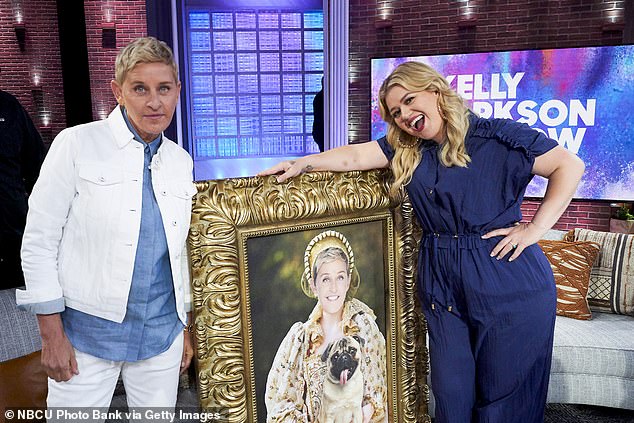 Opening act: Kelly does have the advantage of airing during NBC’s 2pm slot which leads into the beloved Ellen show

Kevin Hart was the first scheduled guest, but had to pull out last minute after being seriously injured in a car crash this past Sunday, September 8.

Luckily, Kevin’s constant pal Dwayne The Rock Johnson was able to step in for the comic, however.

During his appearance he updated everyone on Kevin’s condition. 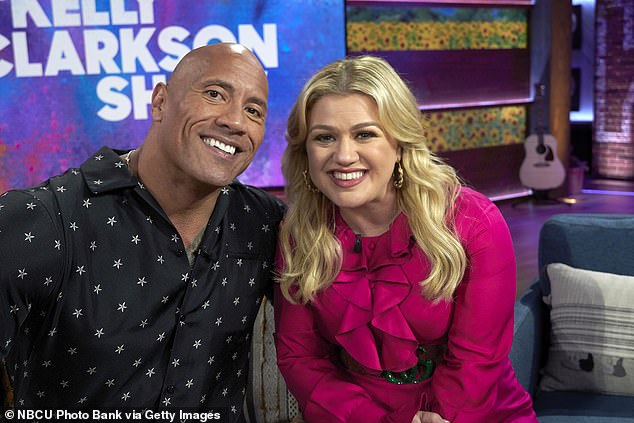 Stepping in: The Rock stepped in for Kevin Hart after he had to pull out of the show because of a car accident

Clarkson also had the honor of being introduced by comic Steve Carell, a sure sweetener for any potential viewers. 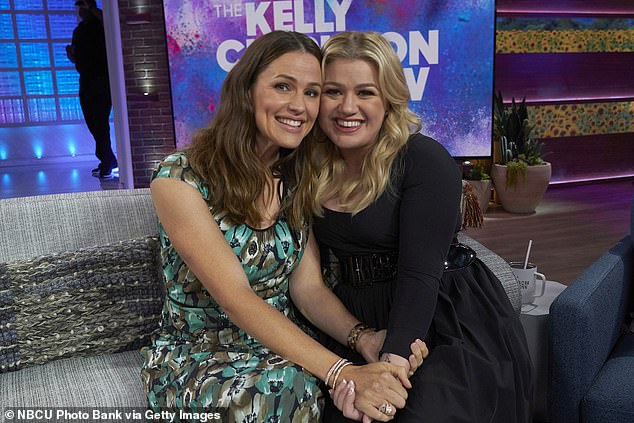