Kellyanne Conway charged House Democrats with wanting to put a ‘big roll of masking tape’ over her mouth with their threat to subpoena her if she doesn’t appear before the House Oversight committee on Wednesday.

‘They want to put a big roll of masking tape over my mouth,’ she charged Monday morning on ‘Fox & Friends,’ saying Democrats were angry at her role in electing Donald Trump as his 2016 campaign manager and her defense of him as president.

The House Oversight committee is holding a hearing Wednesday on the recommendation of the independent Office of Special Counsel that President Trump fire Conway for violations of the Hatch Act, which forbids federal employees from engaging in political activities while on the job. 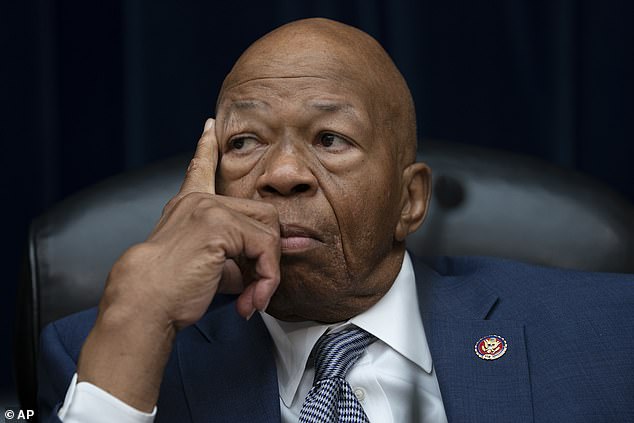 The committee will ‘consider a subpoena in the event that Ms. Conway does not appear’ before lawmakers, according to a memo sent to lawmakers.

The panel gave Conway until 5 pm on Monday to say if she would be in attendance.

‘We think I would be first member of the West Wing to be hauled in front of Congress to talk about the Hatch Act,’ Conway told ‘Fox & Friends.’

‘They don’t like the fact I’m so effective,’ the White House counselor said of Democrats and argued they ‘want to chill free speech.’

She blasted the lawmakers as ‘a left-wing propaganda machine or provocateurs who are trying to weaponize the Hatch Act.

‘Even if the Hatch Act applies, our position is I haven’t violated it,’ she added.

The OSC is an independent federal investigative agency that is in charge of enforcing the Hatch Act and is run by Trump-appointee Henry Kerner, who House Democrats also invited to appear on Wednesday.

Two weeks ago, the OSC said Conway ‘violated the Hatch At on numerous occasions by disparaging Democratic presidential candidates while speaking in her official capacity during television interviews and on social media.’

‘Given that Ms. Conway is a repeat offender and has shown disregard for the law, OSC recommends that she be removed from federal service,’ the OSC announced in a statement.

Kerner said the decision to fire or keep Conway was in President Trump’s hands.

‘We respect his decision and, of course, the president has any option he’d like—to reprimand or not to reprimand,’ Kerner told Fox News. ‘It is up to the president’s discretion and we respect that.’

Trump and Vice President Mike Pence are exempt from the Hatch Act but White House employees are not.

Rep. Elijah Cummings, the powerful chairman of the House Oversight and Reform Committee, said Trump should fire her.

‘Complying with the law is not optional. President Trump should terminate Ms. Conway’s employment immediately in light of these dozens of violations of federal law,’ he said in a statement after the OSC recommendation came out. 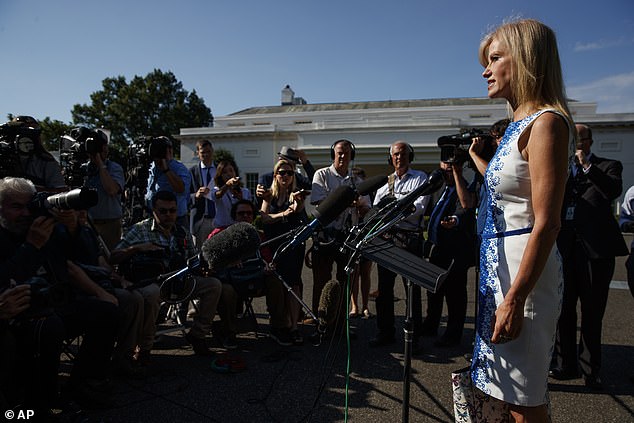 Last month, when Conway was criticizing former Vice President Joe Biden – who’s leading the field for the Democratic presidential nomination – for his Senate record, she brushed aside questions if she was violating the Hatch Act.

‘I’m going to talk about people’s records because I have the right to,’ she said.

When a reporter asked her about violating federal law, she responded:  ‘Blah, blah, blah.’

‘If you’re trying to silence me through the Hatch Act, it’s not going to work,’ she said. ‘Let me know when the jail sentence starts.’

Trump has said he will not fire Conway, who is a frequent presence on television defending the president and knocking his political rivals.

‘No, I’m not going to fire her. I think she’s a tremendous person, tremendous spokesperson,’ the president told ‘Fox & Friends’ the day after the recommendation came out. ‘They have tried to take away her speech and I think you’re entitled to free speech in the country.’

‘We ask that you withdraw and retract the report,’ wrote White House counsel Pat Cipollone in the administration’s response.