Kellyanne Conway voted by mail-in ballot in the 2018 midterm elections in New Jersey, despite asserting Wednesday that voters should show up in person to cast their ballots in the midst of the coronavirus pandemic.

Even though the White House counselor and her anti-Trump husband, George Conway, own a home in northern New Jersey, she did not travel back to Bergen County on November 6, 2018 to cast her ballot, the Huffington Post reported on Thursday.

According to the Bergen County supervisor of elections, Conway cast her votes through a mail-in ballot.

Recently, President Donald Trump has gone on the attack against having the 2020 elections take place fully through the mail – he claims there is more potential for fraud and believes the set-up would disproportionately benefit Democrats.

Conway explained to the Huffington Post, however, that she only voted by mail because she had to cast an absentee ballot since she currently works, and has a temporary residence, hundreds of miles away from her permanent residence and where she casts her vote.

‘That’s called an absentee ballot. One completes it and posts it by U.S. Mail,’ Conway described in a written response. ‘Don’t confuse it with a (non-absentee) ‘mail-in ballot’ to serve your purposes.’ 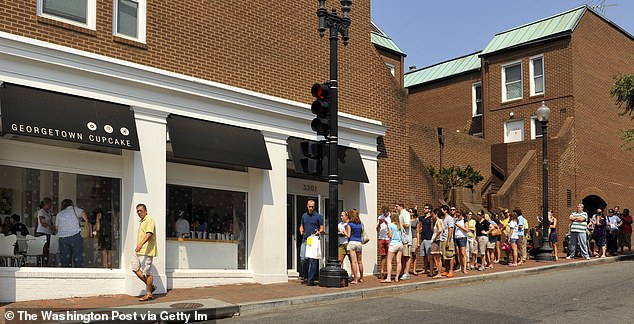 ‘I mean, they wait in line for a Georgetown Cupcake for an hour, to get a cupcake,’ Conway said in claiming people should wait in line to vote in-person. The boutique designer cupcake location in the Georgetown neighborhood of Washington, D.C. usually has a line that spans a half-block 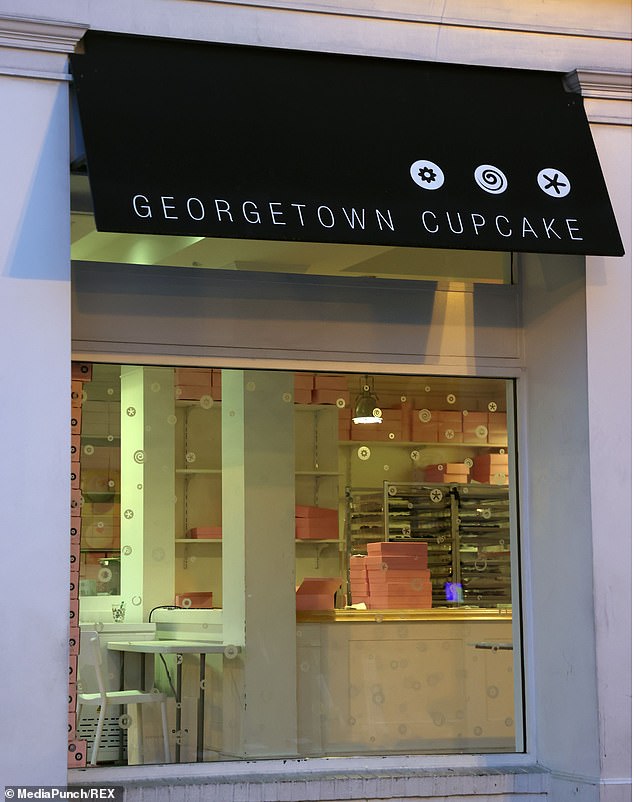 Pictured: a vacant Georgetown Cupcakes as the location has been closed during the outbreak 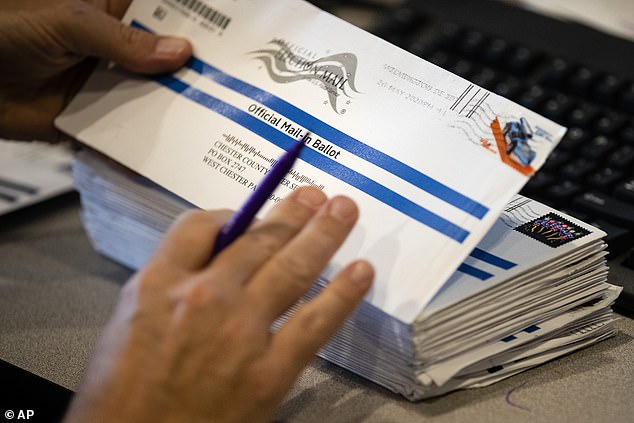 New Jersey is a state where residents do not have to prove a need for an absentee ballot.

New Jersey Division of Election records also indicate that the 2018 midterm elections was the first time Conway voted by mail instead of in person, further indicating she did so since she is working at the White House.

Trump, and his administration, have been clear that they are not against absentee voting for a reason, but are opposed to forcing a fully mail-in voting structure to accommodate for the coronavirus outbreak.

Democrats are pushing for the idea, and California even passed a measure where all registered voters in the state will receive a ballot in the mail for the November elections.

‘I mean, they wait in line for a Georgetown Cupcake for an hour, to get a cupcake,’ Trump’s counselor told reporters at the White House. ‘So, I think they can probably wait in line to do something as consequential and critical and constitutionally significant as cast their ballot.’

Trump voted by mail in the Florida presidential primary election in March, citing that his duties as president prevented him from casting his ballot in person.

The president, a life-long New Yorker, made his Mar-a-Lago home in Palm Beach, Florida his permanent residence last year.

His newest press secretary, Kayleigh McEnany, also voted by mail in Florida in March and every single other election she has participated in since 2010 – even though she has also decried mail-in voting yielding a high potential for fraud.

In the last 10 years, McEnany has voted by mail 11 times.

She also pointed out to DailyMail.com the difference between Democrats pushing for a sweeping mail-in structure and those requesting to vote absentee.

‘Absentee voting has the word absent in it for a reason. It means you’re absent from the jurisdiction or unable to vote in person,’ she said in a statement. ‘President Trump is against the Democrat plan to politicize the coronavirus and expand mass mail-in voting without a reason, which has a high propensity for voter fraud. This is a simple distinction that the media fails to grasp.’

Trump faced repercussions from Twitter after making two posts related to mail-in voting after California decided to send all voters ballots through the mail.

‘There is NO WAY (ZERO!) that Mail-In Ballots will be anything less than substantially fraudulent,’ Trump wrote in a post this week. ‘Mail boxes will be robbed, ballots will be forged & even illegally printed out & fraudulently signed.’

The two-tweet thread earned the president his first-ever ‘misleading’ fact-check warning from Twitter. 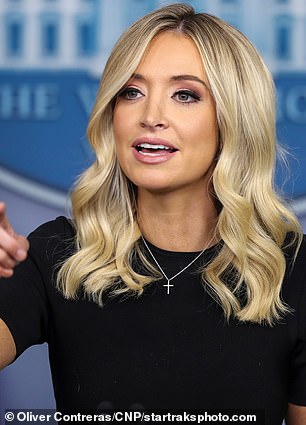 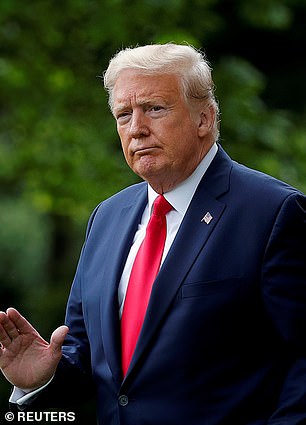 The social media sites put blue exclamation points at the bottom of each tweet prompting users to click on the link to ‘get the facts about mail-in ballots.’

It then redirects Twitter users to a page asserting the president’s claims are unsubstantiated and sharing several news articles that reiterate that point. It also has a bullet list of things it claims are ‘false’ in Trump’s tweets.

On Tuesday, the same day he tweeted and the flags were issued on the tweets, Trump said Twitter was trying to ‘stifle free speech,’ is ‘totally silencing conservative voices’ and attempting to interfere in the 2020 elections.

Twitter CEO Jack Dorsey stood by the decision to flag the tweets.

This includes Section 230 of the Communications Decency Act, which essentially distinguishes social media platforms from publishers and protects them from being sued for what users post.