The White House is defending President Trump’s decision to intervene to get the FBI to release a confidential informant from a gag that insured their silence about a Russian bribery case.

The president weighed in after Republican Sen. Charles Grassley of Iowa, who is probing a controversial uranium deal, wrote the Justice Department seeking the gag be lifted.

Counselor to the president Kellyanne Conway on Friday defended President Donald Trump’s interest in the case, which involved the sale of a uranium company to Russia with a possible Clinton connection – thereby getting the president personally involved in a matter with political implications.

‘It is not unusual for a president to weigh in,’ Conway told CNN’s ‘New Day.’

‘He believes, as many others do, frankly, that the FBI informant should be free to say what he knows,’ Conway added.

President Trump believes ‘the FBI informant should be free to say what he knows,’ said counselor Kellyanne Conway, speaking of a case where the president made his views known to the Justice Department

She pointed to the administration’s transparency, pointing to Thursday’s release of JFK assassination records (although some documents are still being held back), and noted the request had come from the Senate.

‘This was made, let me repeat – the Judiciary Chairman in the United States Senate, Chuck Grassley, made this request to the Justice Department last week,’ Conway said

‘That’s the proper channel here,’ she said of the Senator’s outreach to the Justice Department. 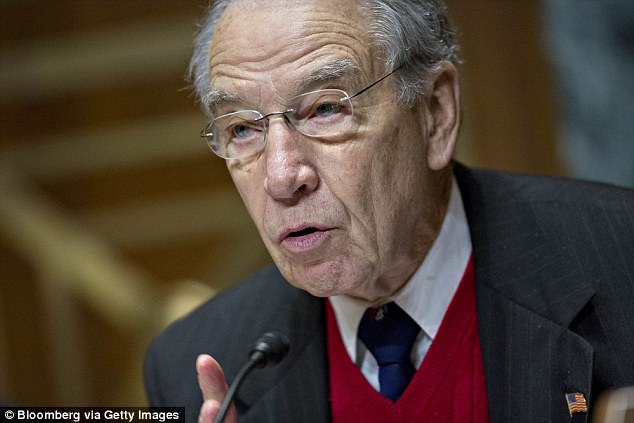 Conway did not dispute reporting about Trump’s role, although she did stress Grassley’s request as the instigating action.

‘The Executive Branch does not have the authority to use non-disclosure agreements to avoid Congressional scrutiny … The Justice Department needs to work with the Committee to ensure that witnesses are free to speak without fear, intimidation or retaliation from law enforcement,’ Grassley wrote.

‘Witnesses who want to talk to Congress should not be gagged and threatened with prosecution for talking. If that has happened, senior DOJ leadership needs to fix it and release the witness from the gag order,’ Grassley wrote. 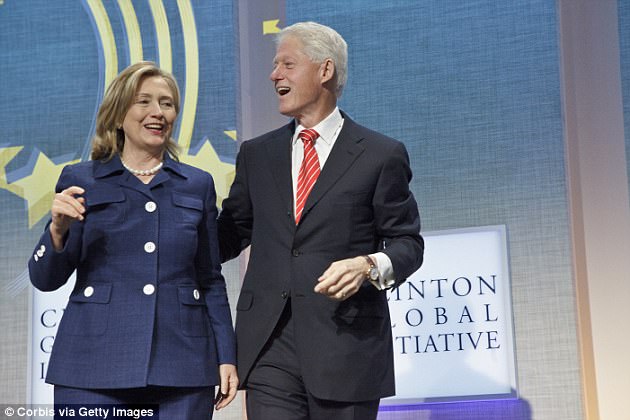 The witness observed Russian bribery efforts as well as efforts to get close to Bill and Hillary Clinton.

The informant’s attorney,  Victoria Toensing, told the Hill: ‘All of the information about this corruption has not come out.’

She said the Obama Justice Department threatened her client when he tried to file a lawsuit that would have called attention to the corruption during the 2016 campaign. The client witnessed ‘a lot of bribery going on around the U.S.’ but was prohibited by the agreement from talking to Congress. 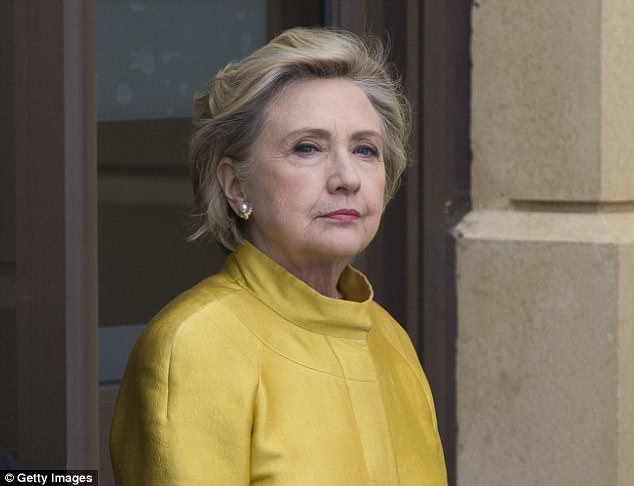 The FBI spent years probing a deal that led to Russian energy giant Roatom’s purchase of a Canadian mining company. The Obama administration approved the uranium deal in 2010.

It first had to get approval from the Committee on Foreign Investment in the United States, on which Clinton sat. Officials connected to the deal had made donations to the Clinton foundation.

Republicans are pointing to the 2010 Russia uranium sale as Trump fends off a probe from special counsel Robert Mueller into Russian influence in the 2016 elections.

On Thursday, Trump called the issue ‘your real Russia story’ and said ‘it’s a disgrace’ the media wouldn’t cover it.