Despite Venezuela’s food shortages and one million per cent inflation, Jeremy Corbyn still can’t bring himself to condemn its Marxist regime.

And his ally Ken Livingstone floundered on live television after claiming the US was to blame – revealing his research was limited to chats with the country’s UK ambassador.

The hard-left former London mayor claimed the South American republic’s economy had been ruined by sanctions.

But asked by the BBC’s Andrew Neil to name any that had made the country poorer, Mr Livingstone could not do so – claiming he was only a ‘retired pensioner’.

Thousands of Venezuelans are demanding the removal of president Nicolas Maduro, who has overseen the collapse of the economy.

Mr Corbyn, an admirer of Maduro’s predecessor Hugo Chavez, has refused to speak out against the regime even after rigged elections.

Appearing on This Week on Thursday night, Mr Livingstone said: ‘What I have watched is America impose sanctions,’ he said.

‘Those sanctions mean that the oil corporation that Chavez imposed when he nationalised it is losing £11billion a year. That has an appalling impact on their economy.’

Mr Neil asked him when the US oil sanctions were imposed, to which he replied: ‘I can’t remember.’

The BBC host replied: ‘Well I will tell you, they were imposed this week.’ 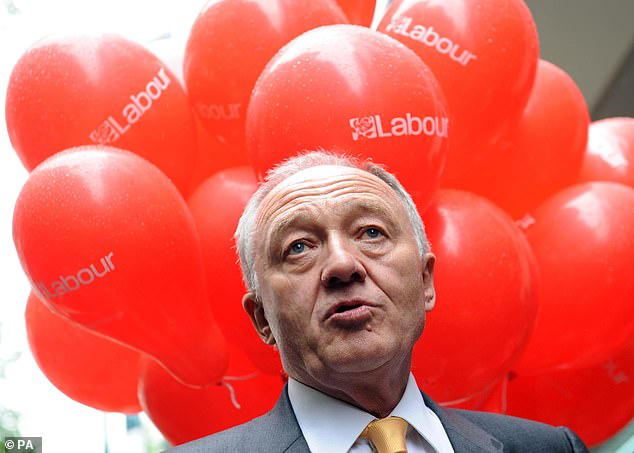 Asked to name them, the former Labour MP said: ‘Oh I don’t know, I am a retired pensioner. I haven’t got staff.’

Mr Neil revealed the first US sanctions introduced in 2015 by President Obama were aimed solely at regime members suspected of corruption and abuses.

Pressed again as to why the economy collapsed given the £80billion in loans Venezuela received from China and Russia, Mr Livingstone said: ‘American sanctions are illegal under international law.