Kendall Jenner, Camila Cabello and Kacey Musgraves lead the celebs arriving to The Carlyle Hotel in NYC just hours before the Met Gala

The stars have descended upon The Carlyle Hotel in preparation for fashion’s biggest night – the Met Gala.

A slew of A-listers were spotted arriving to the hotel, an establishment located just blocks away from the Metropolitan Museum Of Art, hours ahead of the big event.

Kendall Jenner, Camila Cabello and Kacey Musgraves were just a handful of the big names making their way to the inn, where they will likely be getting ready for the gala.

Ready to take the Met Gala by storm! Kendall Jenner and Camila Cabello were among the big names arriving to The Carlyle Hotel in NYC on Monday ahead of fashion’s biggest night

Kendall couldn’t have looked any happier as she approached the hotel, looking as stylish as ever in a mocha coat, dark blue jeans and chunky gold earrings dangling upon her shoulders.

An employee covered her with an umbrella as she quickly made her way into the hotel, where numerous fans took photos with their phones.

Camila also put on a head-turning display in a vibrant blue suit with flared trousers.

She had a smile on her face as she approached the entrance of the building, her lips touched up with a slick of gloss and her eyes shielded behind trendy small sunglasses which looked straight out of the 90s. 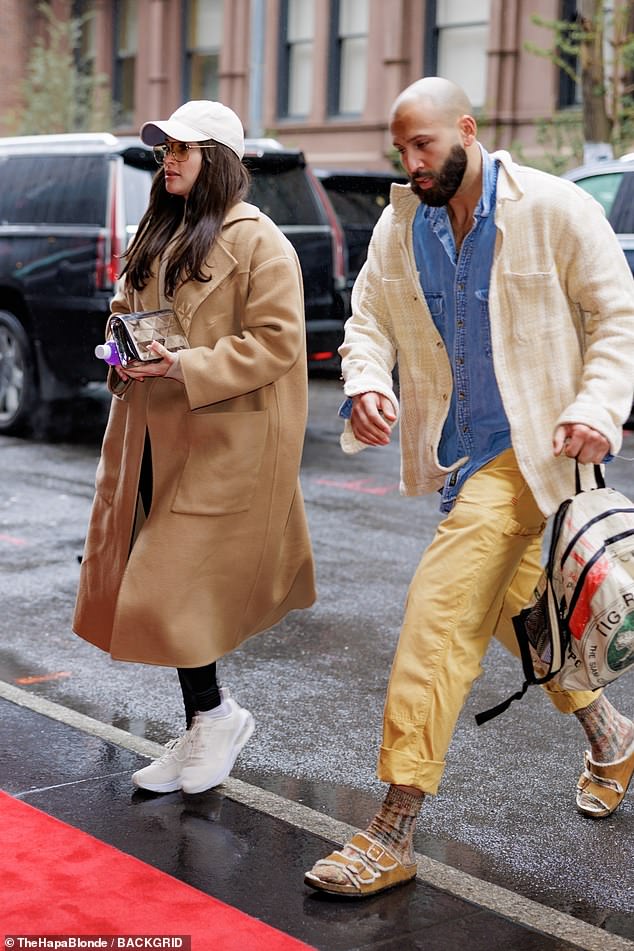 Double trouble! Kacey Musgraves headed to the hotel alongside her boyfriend Cole Schafer 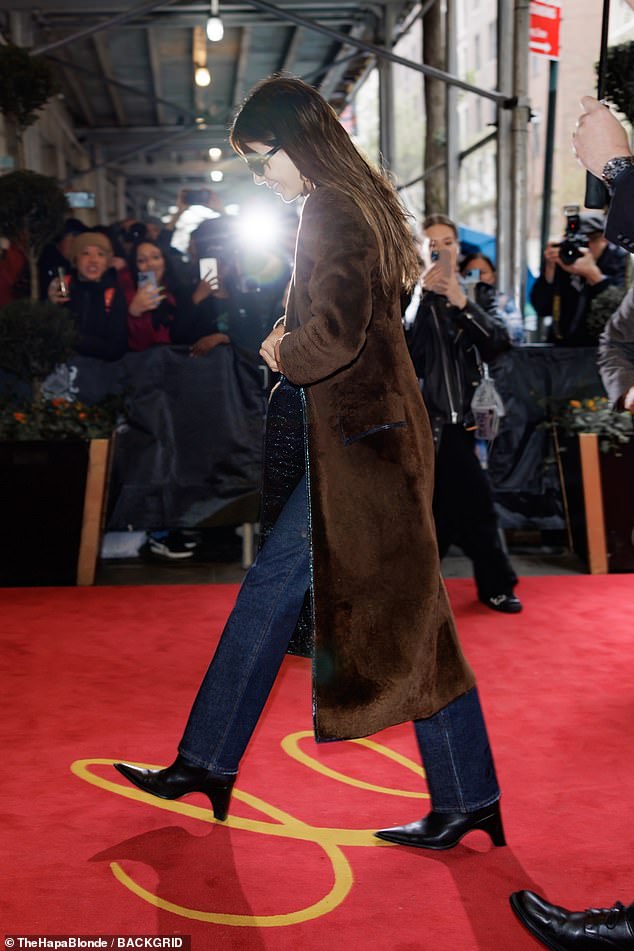 Making her grand entrance! Jenner literally commanded attention as she approached the entrance flanked by fans taking photographs of her

She wore her hair slicked up into a messy bun and a large pair of silver earrings.

She arrived to the hotel with her boyfriend Cole Schafer, who strutted towards the establishment in socks and sandals. 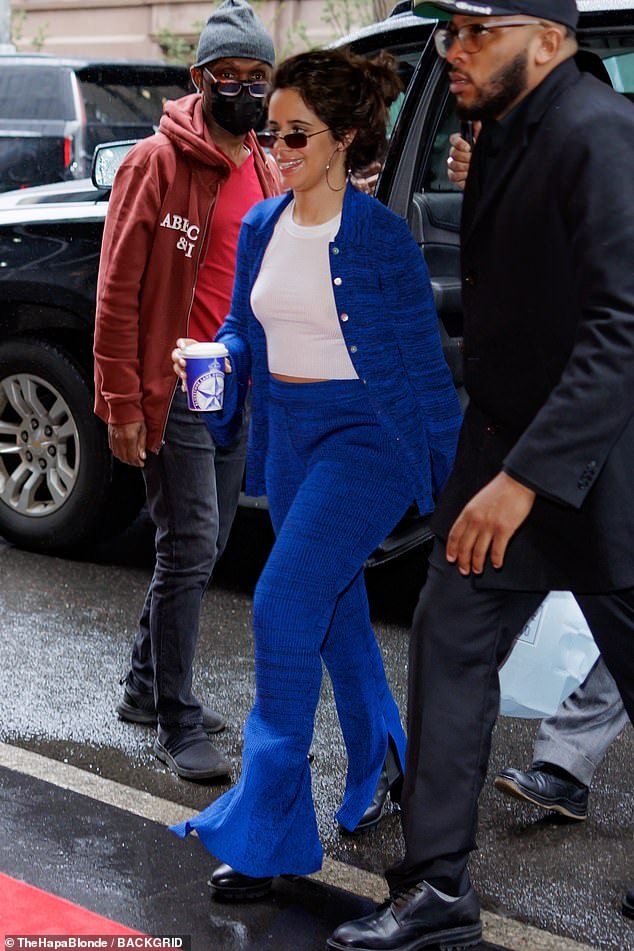 Beauty in blue! Cabello rocked a vibrant blue outfit with flared trousers and a coffee cup in hand 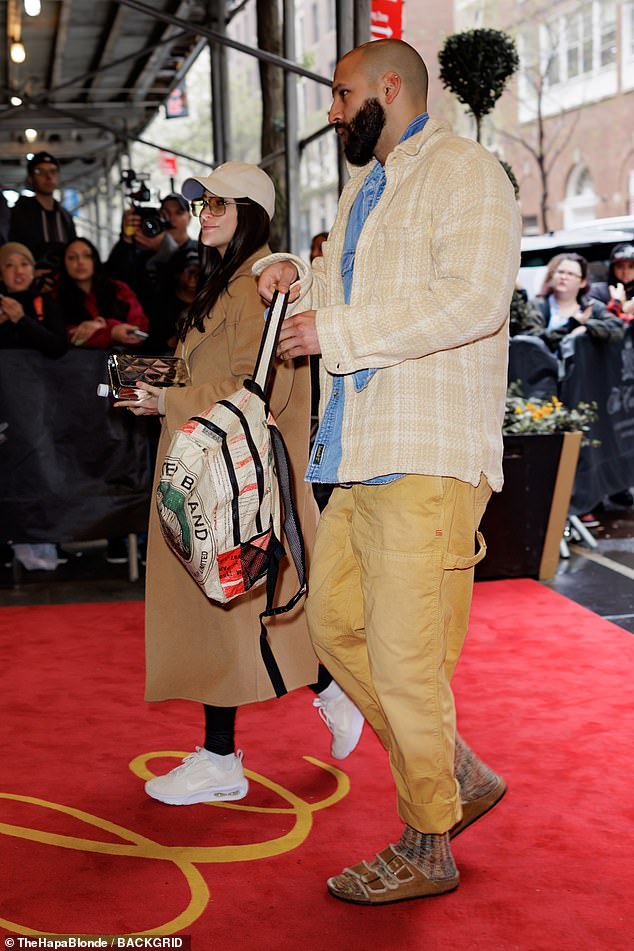 Keeping it casual! She arrived to the hotel with her boyfriend Cole, who strutted towards the establishment in socks and sandals

Kacey seemed to hint she would be attending the Met Gala by posting a slew of throwbacks of her attending last year’s bash.

Lily Allen, on the other hand, was all bundled up in a black coat.

Here they come! Lily Allen and Olivia Rodrigo were among the big names making their way to the hotel

She was definitely prepared for whatever lay ahead with a huge bag resting on her arm.

Kate Moss put on an effortlessly stylish display in all-black.

The model rocked a chic coat, leggings, and quilted purse. Her animal print sling back heels added a pop of color.

The gala is organized by Vogue haute couture magazine and marks the opening of the Costume Institute’s annual fashion exhibit on the Upper East Side of Manhattan. 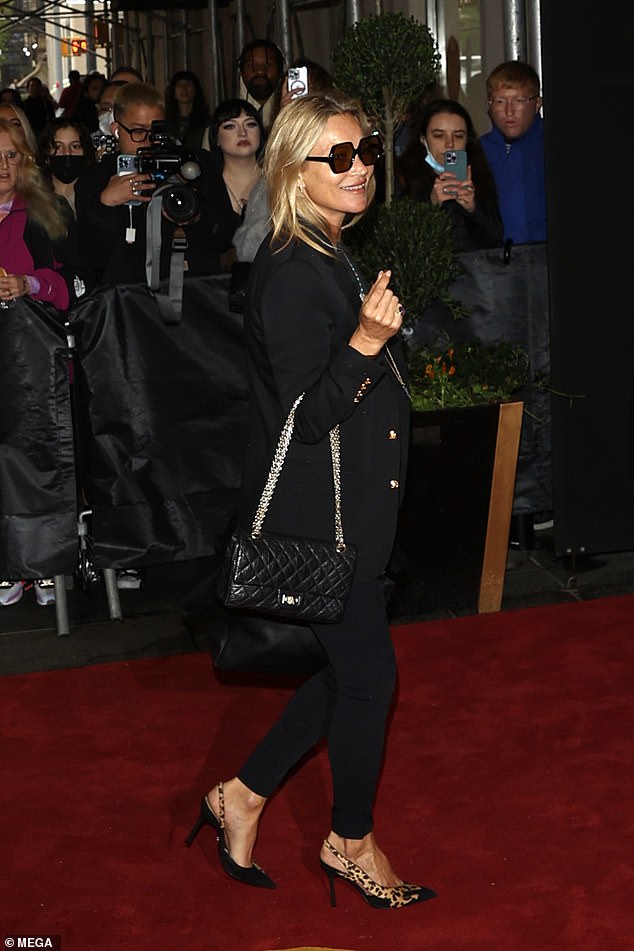