Kendall Jenner had legs for days when she was spotted hoofing it out in summery Los Angeles this Wednesday.

The 26-year-old supermodel threw on a retro chic t-shirt and played up her legs in high-waisted jeans during her latest outing.

She was accompanied by her sizzling pal Fai Khadra, who threw a white jacket over a matching t-shirt and slung his shades from his neckline.

Swanking about: Kendall Jenner had legs for days when she was spotted hoofing it out in summery Los Angeles this Wednesday

Kendall slipped on a faded pair of jeans that emphasized her vertiginous pins as she strutted her stuff down the sidewalk.

Going for a naturalistic look where her makeup was concerned, the Kardashian-Jenner scion warded off the summertime rays with makeup.

Kendall let her signature brown hair tumble freely over her shoulders, rounding off the look with black leather flats and a handbag.

Meanwhile Fai flashed his dashingly rakish smile as he headed down the sunlit street, carrying a few books with him. 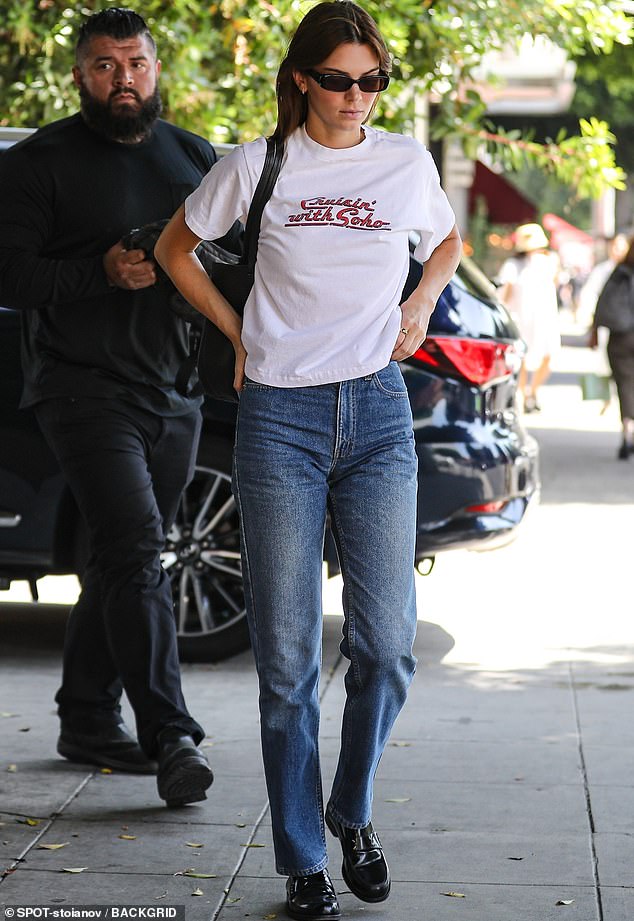 Off she goes: The 26-year-old supermodel threw on a retro chic t-shirt and played up her legs in high-waisted jeans during her latest outing

After she went with Fai to Justin Bieber and Hailey Baldwin’s wedding, Kendall explained online: ‘We don’t date he’s just my date.’

Kendall’s latest sighting comes after her paternal grandmother Esther, 96, said that the new show The Kardashians was ‘the most senseless thing I have ever watched.’

Although she denounced the Hulu series, Esther made a point of expressing her affection for Kendall and her little sister Kylie, who star on it.

She told The Sun that ‘my two granddaughters, Kendall and Kylie, created’ the reality show and added that ‘I love them dearly.’ 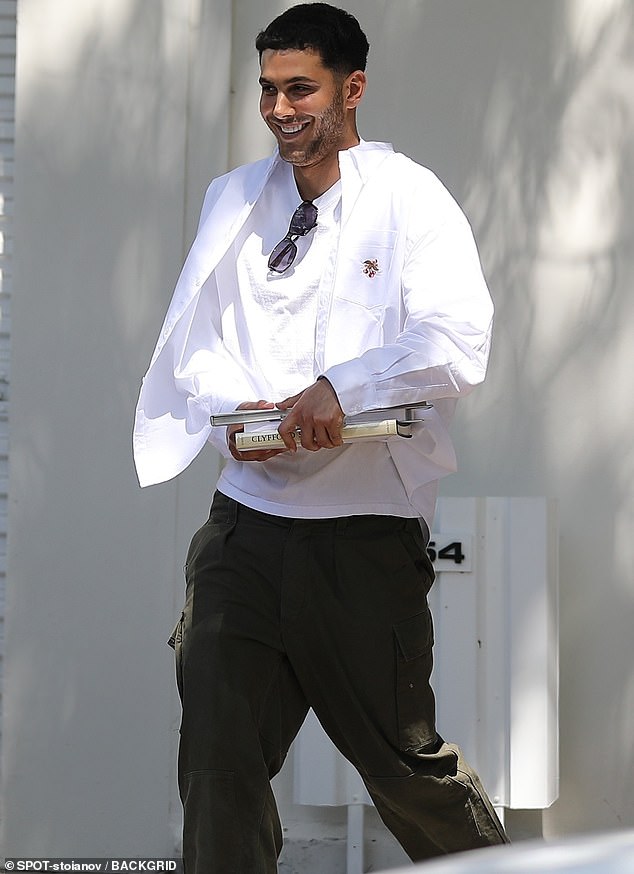 On the go: She was accompanied by her sizzling pal Fai Khadra, who threw a white jacket over a matching t-shirt and slung his shades from his neckline

A representative for Kendall’s transgender father Caitlyn Jenner responded to the interview by telling Page Six that Esther, Caitlyn’s mother, is ‘senile.’

Over the course of the rollicking interview with The Sun, Esther had also said she ‘hadn’t even discussed’ the new Kardashians show with Caitlyn and wondered if the former athlete ‘even cares’ about being excluded from the project.

Kendall is currently involved with Phoenix Suns heartthrob Devin Booker whom she went Instagram official with last Valentine’s Day after months of dating. 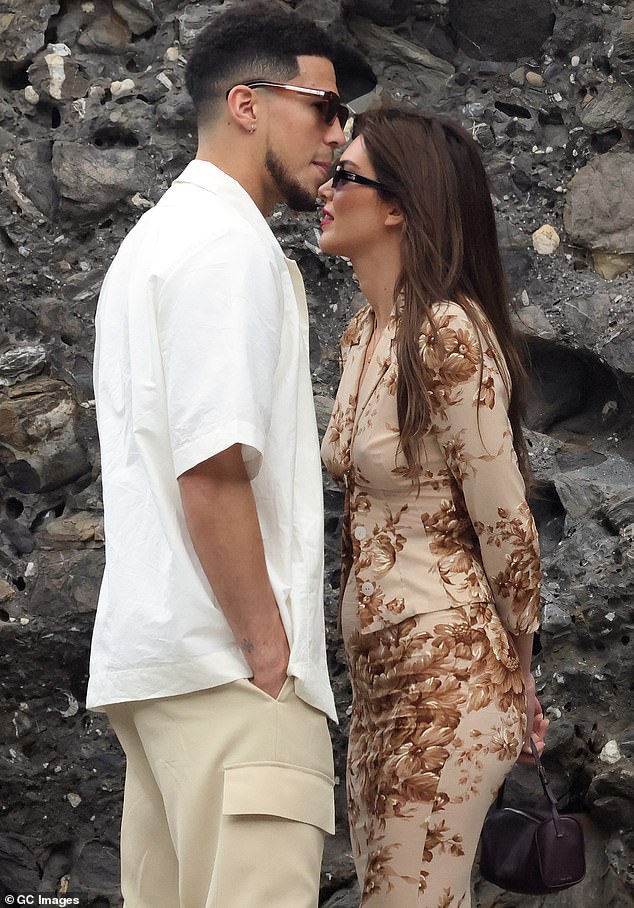 The look of love: Kendall is pictured with her smoldering NBA beau Devin Booker last month in Portofino, where they were attending the wedding of her elder half-sister Kourtney Kardashian

Devin was Kendall’s date last month to the Italian wedding of her elder sister Kourtney Kardashian, who is now married to Blink-182 drummer Travis Barker.

However because they had failed to bring the requisite marriage license, the Vegas ceremony was not legally binding, so a redo was in order.

Kourtney and Travis secured their civil marriage in Santa Barbara and then last weekend had a lavish but intimate wedding at historic Castello Brown in Portofino. 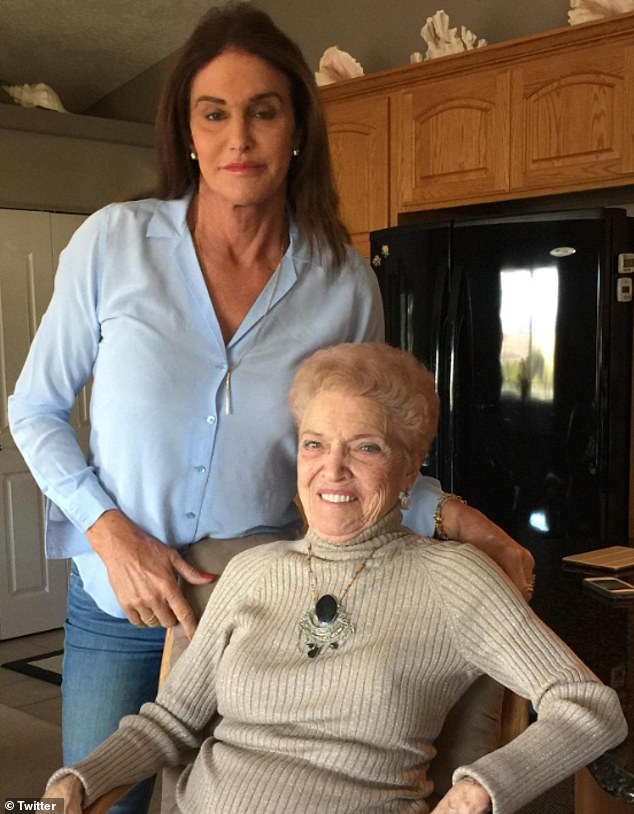