Kendall Jenner seems like she needed a little outside time.

On Wednesday evening, the 25-year-old supermodel was seen hanging out with some friends in the bustling streets of New York City. The Keeping Up With The Kardashians star appeared to hide her face from the cameras as she took a brisk walk.

This comes after the Vogue cover girl was seen ice skating with her half sister Kourtney Kardashian. 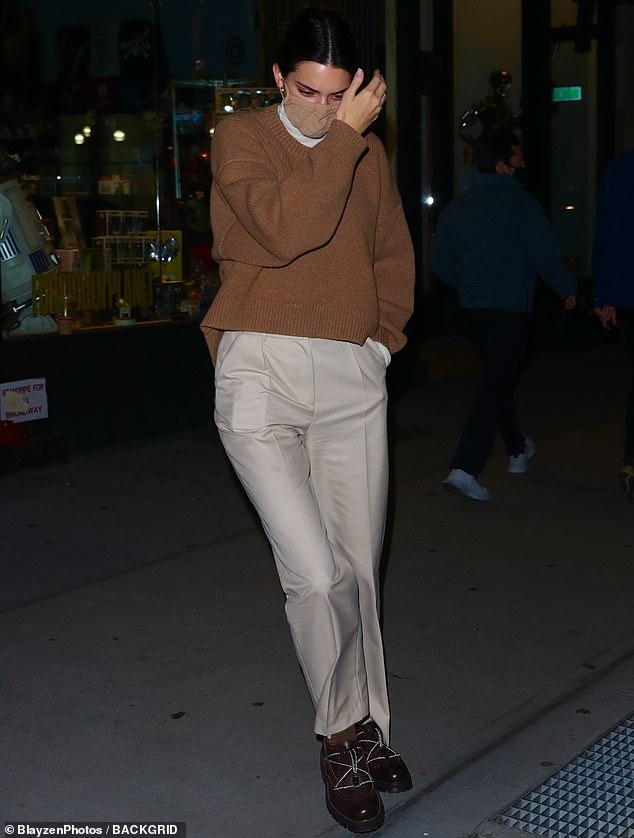 Getting some fresh air: Kendall Jenner was seen hanging out with some friends in New York City on Wednesday evening

The Calvin Klein spokesperson wore a simple brown pullover sweater over a white t-shirt, which she complemented with a pair of beige slacks and brown boots; she accessorized with a simple set of gold earrings.

The brunette beauty kept her normally flowing hair tied back during her outing.

To keep herself safe from any possible exposure to COVID-19, Jenner wore a beige face mask for the length of her walk.

Wednesday evening’s excursion was the latest sighting of the in-demand model. 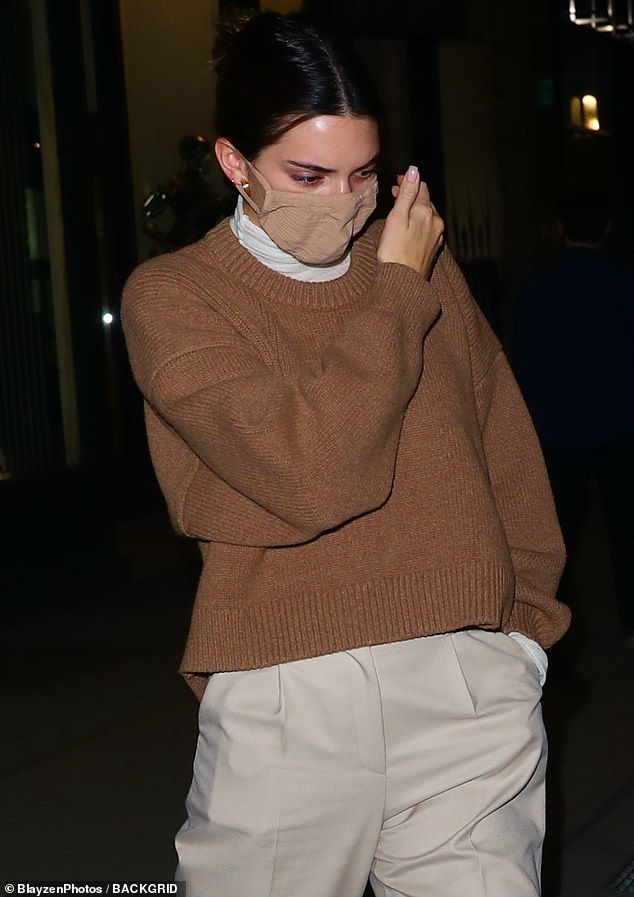 Keeping it simple: The model wore a brown pullover sweater over a white t-shirt and a set of beige slacks 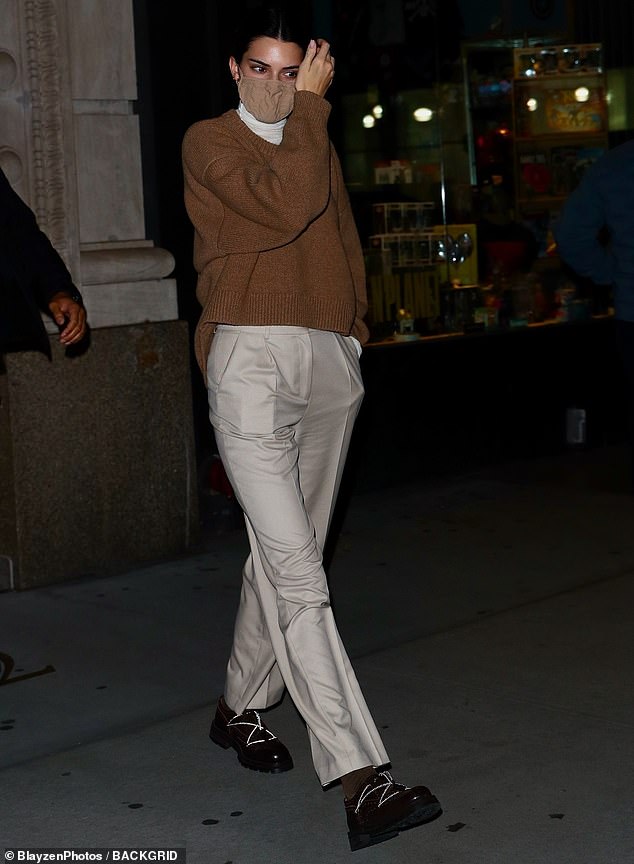 Protecting her privacy: Jenner appeared to cover her face from the cameras as she walked through the streets of NYC

She had recently taken a short vacation to Lake Tahoe with the rest of her family before quickly returning to the Big Apple to resume her modeling work.

Over the last month, she had been seen leaving photo shoots around the city with industry figures including Bella Hadid and Hailey Bieber, among others.

Jenner began her modeling career at the age of 13, when she was featured in a campaign for Forever 21 that ran from December of 2009 until the following month. 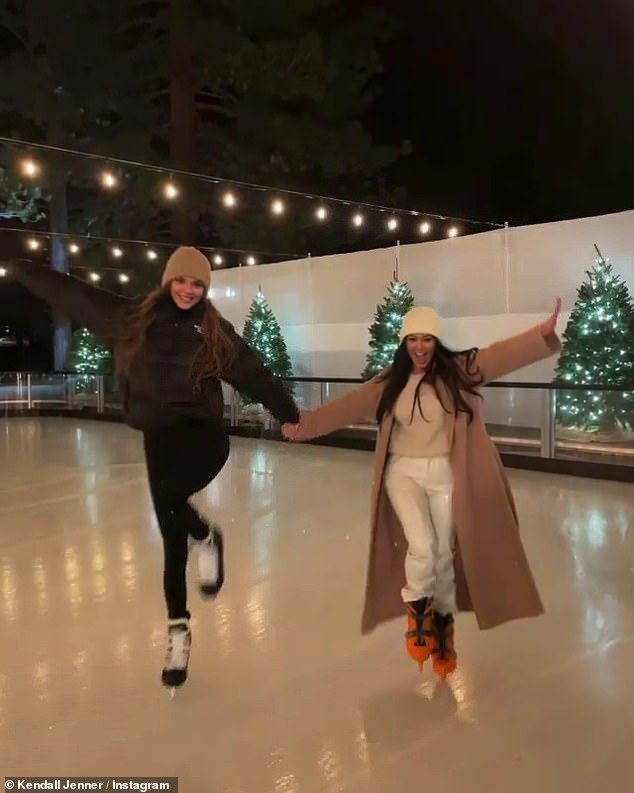 On ice: This comes after the Vogue cover girl was seen ice skating with her half sister Kourtney Kardashian 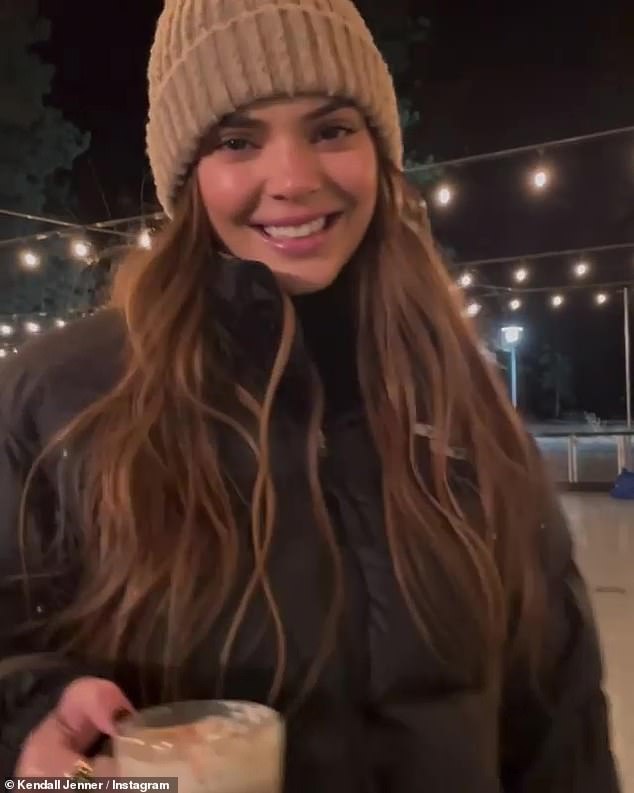 After signing with The Society Management in 2013, she took to the runway for brands such as Tommy Hilfiger, Dolce & Gabbana, and Chanel.

As her career continued to progress, Jenner, along with fellow supermodel Cara Delevingne, was honored in 2016 with a wax statue at Madame Tussaud’s London Fashion Week Experience event.

The model has since expanded her portfolio into multiple business ventures, with some of the notable examples being her various collaborations with her fellow model and younger sister Kylie. 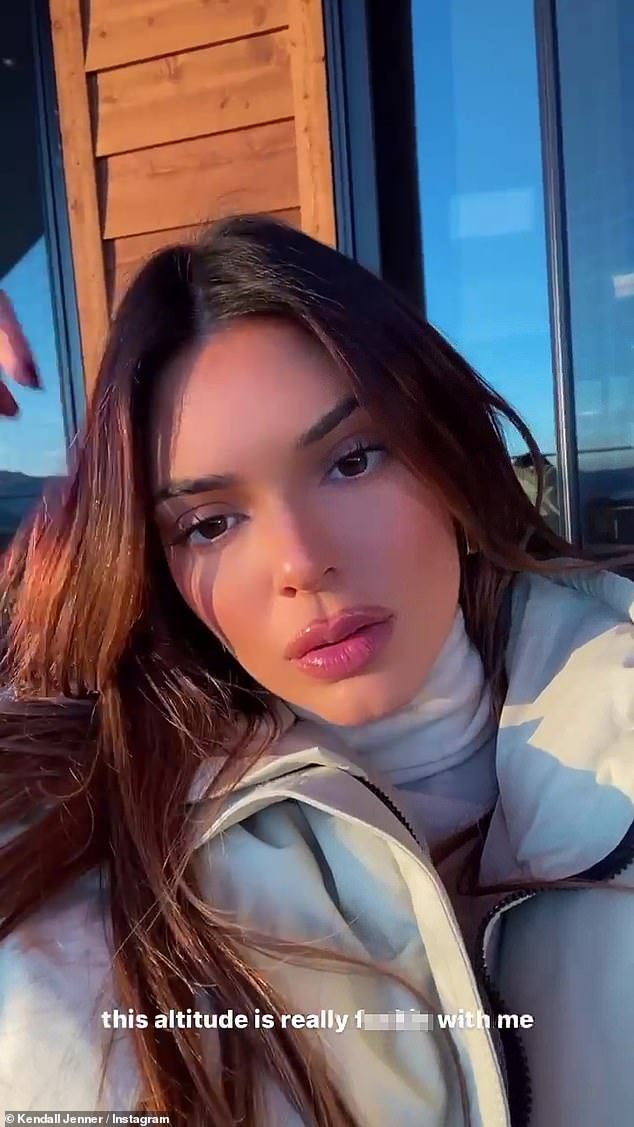 High up in the mountains: The siren shared this glamour shot as she said she was having trouble with the altitude in Lake Tahow

The siblings started the Kendall+Kylie clothing line with the 2012 launch of a juniors collection available through PacSun, and many more follow-up seasons were subsequently released to other retailers.

In 2017, the sisters came under fire for a collection of t-shirts they sold through their website featuring the likenesses of various musicians with their own visages superimposed on the images.

The products were later removed and the two made an apology to the estates of the artists involved.