Kendall Jenner opted for comfort as she stepped out for a quick lunch in glitzy Beverly Hills on Tuesday.

The talented supermodel, 27, stayed warm in the chilly temperatures and donned a thick sweater and simple black pants.

The Kardashians star was recently involved in rumors that she was reportedly dating Harry Styles following her split from Devin Booker, however, sources have shut down those claims.

Relaxing outing: Kendall Jenner, 27, opted for comfort as she stepped out for lunch in Beverly Hills on Tuesday

The businesswoman chose stylish comfort for her brief outing, and threw on a long-sleeved, gray turtleneck sweater.

She paired the top by slipping into black, loose-fitting pants along with black, ballet flats for a classic touch to her overall ensemble.

Kendall slung a large, black tote bag over her right shoulder to hold a few items she needed during her busy day.

The star added a pair of black, oval-shaped sunglasses to accessorize her look, along with tiny, silver earrings. 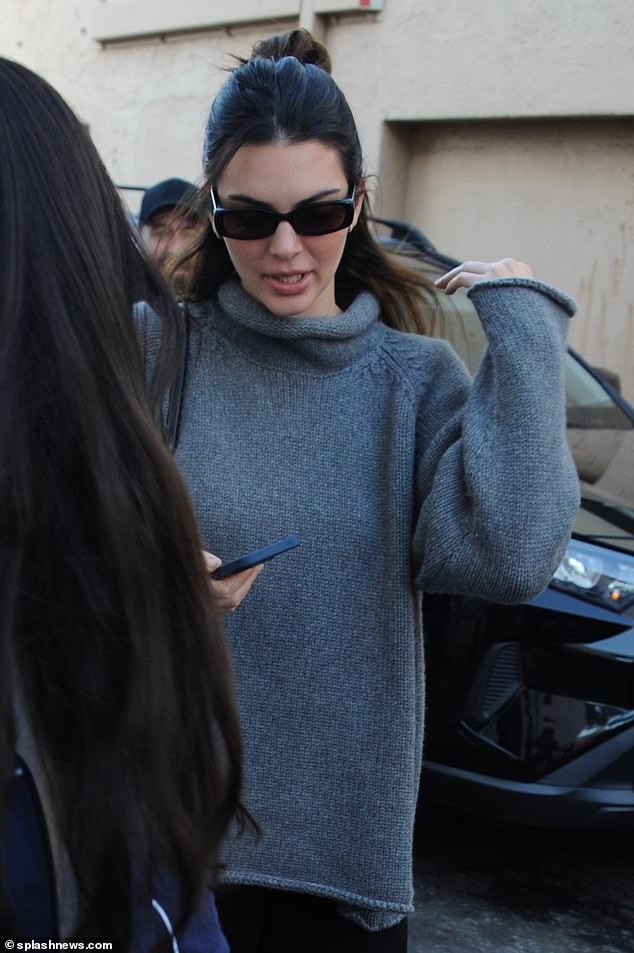 Keeping it simple: The reality star opted for casual style and donned loose-fitting pants along with a plain, turtleneck sweater for her daytime outing 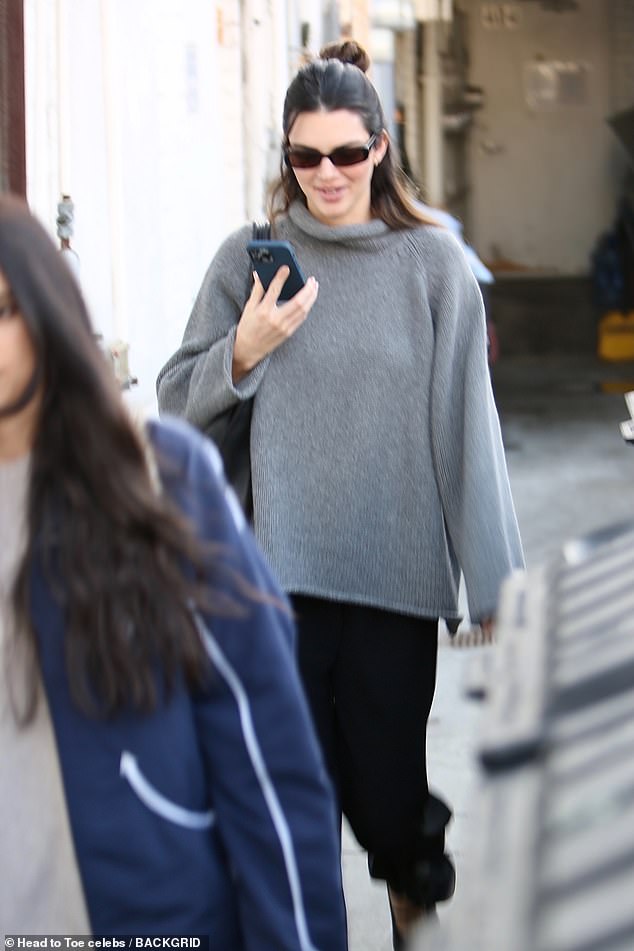 Quick conversation: As she stepped out of the restaurant, the supermodel whipped out her phone and appeared to be having a conversation

The beauty’s brunette hair was pulled back away from her face and styled into a half ponytail, allowing most of her locks to fall down straight behind her.

Kendall opted for a little to no makeup look to enjoy a yummy lunch at a Beverly Hills eatery.

As she headed back to her vehicle, the model was spotted taking out her phone to hold a quick conversation as a crowd of paparazzi and nearby fans surrounded her.

The star recently opened up to W Magazine about balancing her various projects, such as expanding her 818 Tequila brand.

‘I love that I’m at a place now where I can compartmentalize different aspects of my life,’ she explained to the publication. 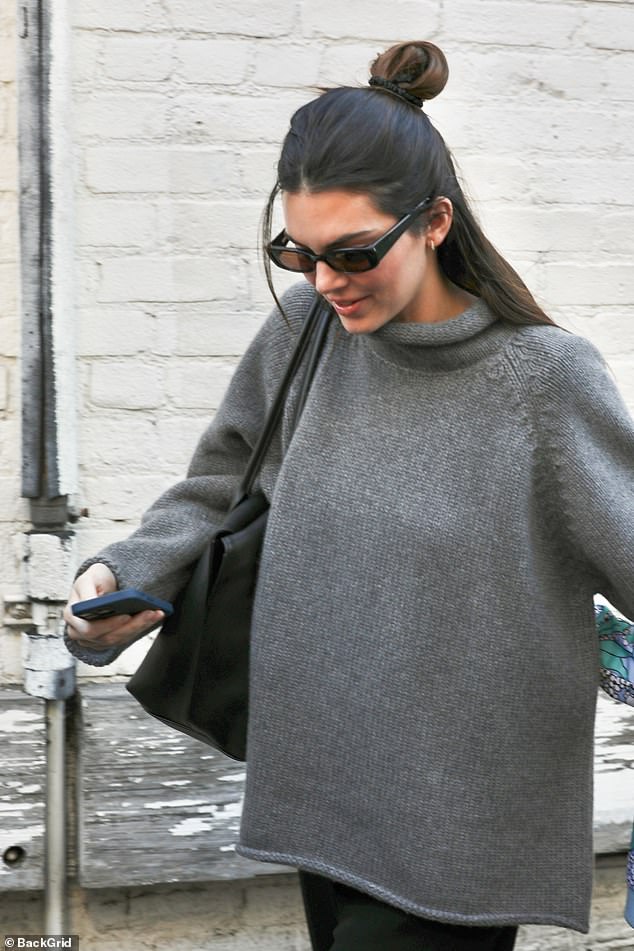 Balance: Kendall has been focusing on various projects, such as her modeling career and expanding her 818 Tequila brand 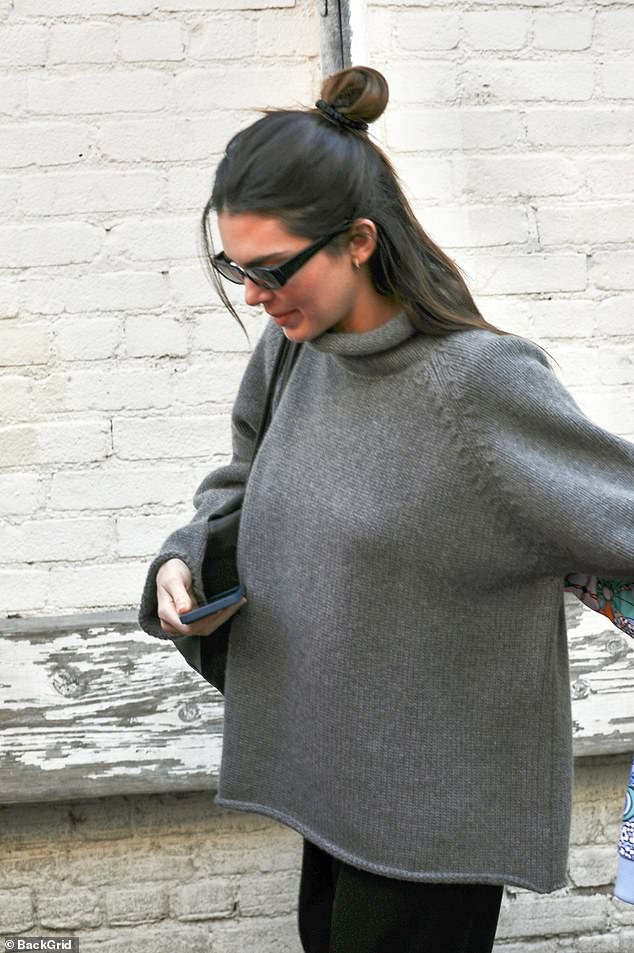 She further explained, ‘I’m heavily involved in growing my businesses and giving them a lot of attention, and I love being able to be on set for things that I love doing.’

Kendall recently broke up with her boyfriend and basketball player, Devin Booker, earlier in October. The two split quietly after dating off-and-on since 2020.

A source close to the two informed People at the time, ‘Both have incredibly busy schedules right now with their careers and they’ve decided to make that a priority.’

The insider added that Kendall and Devin went separate ways on good terms. ‘They have a lot of love and respect for each other and wish only the best.’ 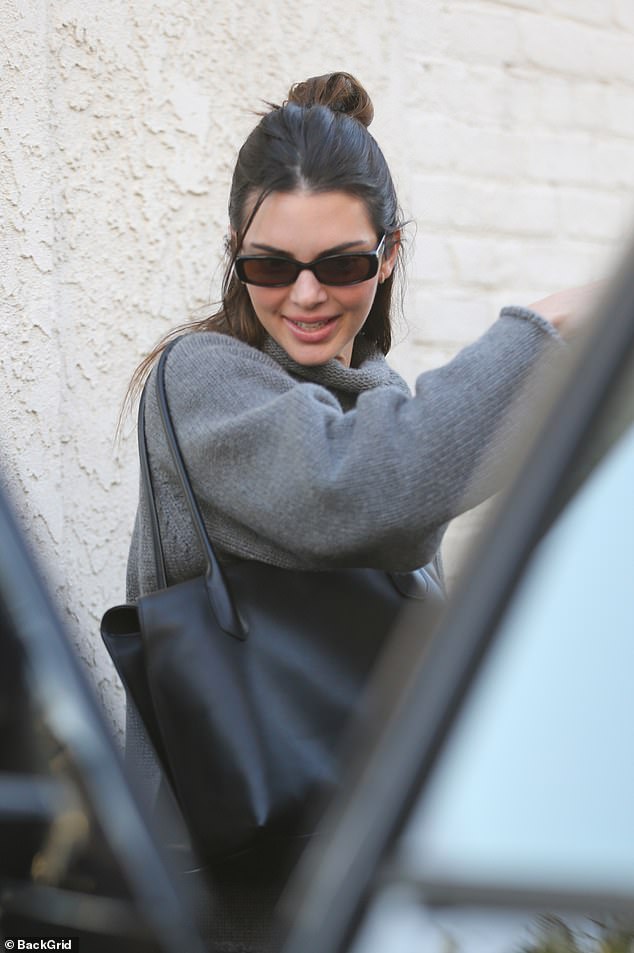 Focus: When talking about her projects to W Magazine, Kendall stated, ‘’m heavily involved in growing my businesses and giving them a lot of attention…’ 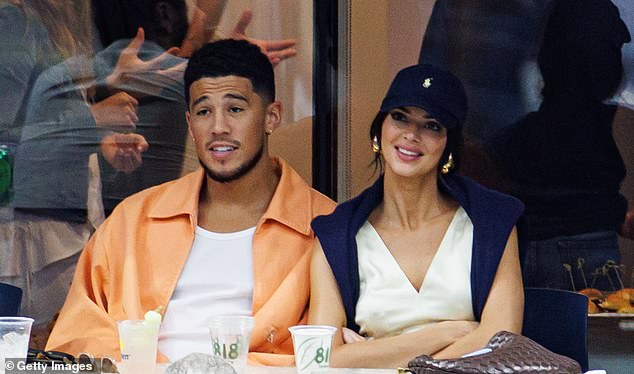 On good terms: Despite their split in October, both Kendall and Devin ended their relationship on good terms; the two seen in September in NYC

The following month after their split, rumors began to circulate that Kendall and British singer, Harry Styles, were reportedly dating.

The former One Direction member had dated actress, Olivia Wilde, until their split last month on November 18.

However, sources have recently come forward to shut down any romance rumors between the two stars.

‘She and Harry are just good friends,’ an insider informed E! News. ‘They remained friendly over the years and have kept in touch. There’s nothing romantic going on, but they do catch up from time to time and have hung out in social settings.’

The Don’t Worry Darling actor and Vogue supermodel had reportedly dated on and off from 2013 until 2019, but another source stated that the two stars have no plans of ‘rekindling’ their relationship.

Kendall has continued to put her focus on work, career, and family. She shared a black and white photo on Instagram earlier Monday looking fashionably chic to promote the brand, FRWD, which she is also the creative director of. 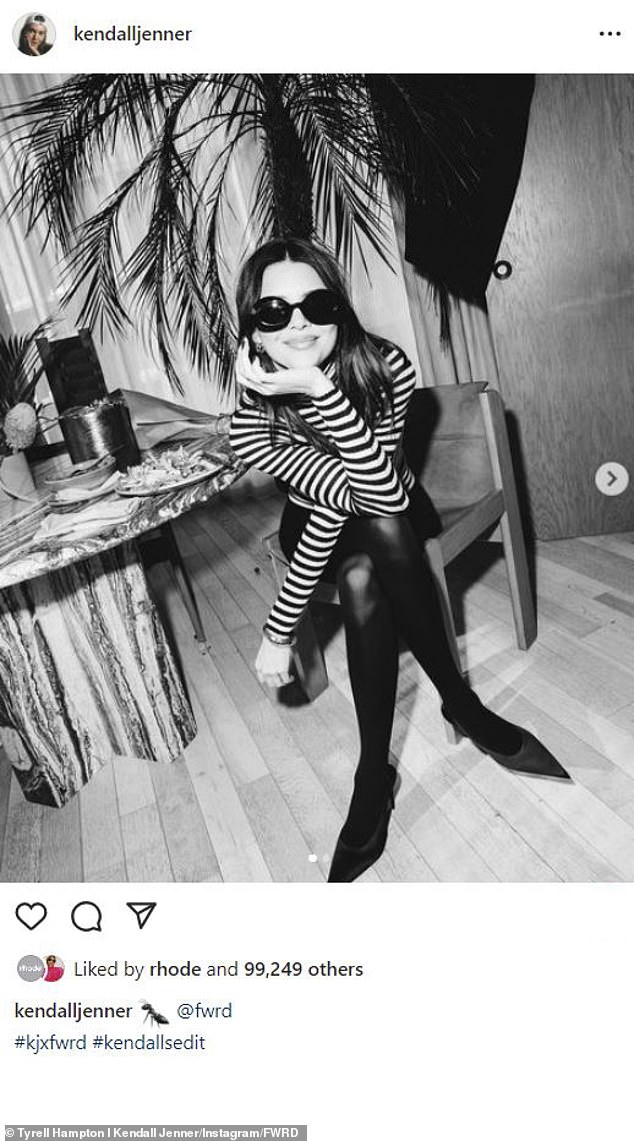 Talented: Among her numerous projects, Kendall is also the creative director of the brand called, FRWD