Kendall Jenner showed her support for boyfriend Devin Booker on Sunday as he played in Game Three of the NBA Finals in Milwaukee, Wisconsin.

The 25-year-old model posted a photo on Instagram Stories of her beloved Doberman Pinscher named Pyro wearing a Phoenix Suns jersey with Devin’s last name and number on the back.

Kendall as a caption for her roughly 174 million followers wrote: ‘game timeee’.

Showing support: Kendall Jenner showed her support for Devin Booker on Sunday as he played in Game Three of the NBA Finals in Milwaukee, Wisconsin, by dressing her dog in his jersey

The Bucks played tough during Game 3 as the NBA Finals moved to Milwaukee for the first time since 1974 and beat the Suns 120-100 as Devin finished with 10 points.

Devin has been starring during the NBA playoffs with the shooting guard scoring 81 points during two tight closeout games while leading his team to the Western Conference finals for the first time since 2010. 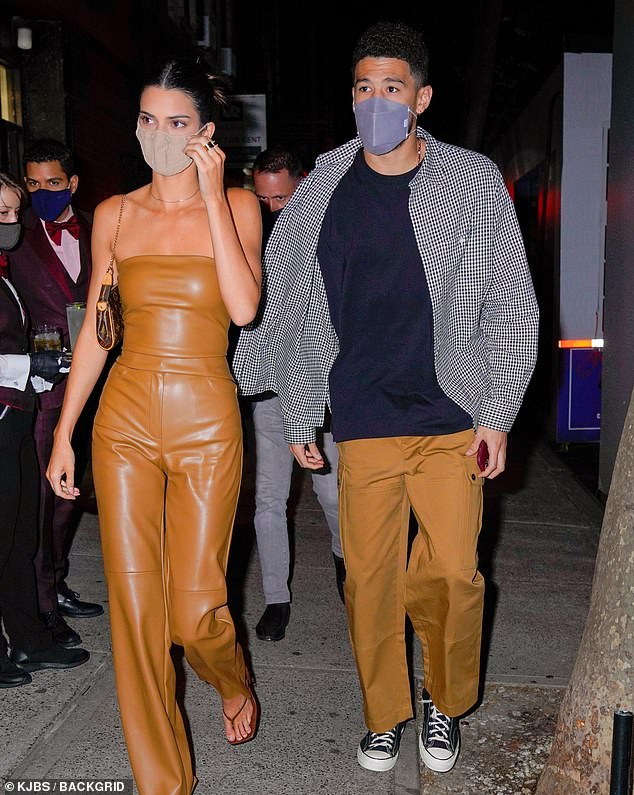 Kendall also showed her support for Devin as she attended Game One of the NBA Finals last week in Phoenix.

She wore an all-orange outfit to the game and carried a matching handbag as she cheered on the Suns. 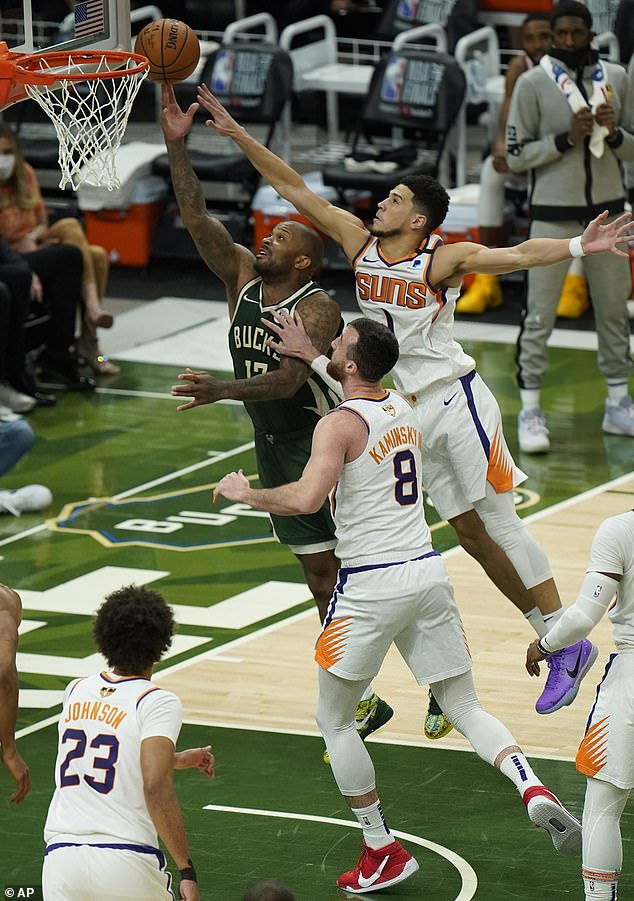 Game three: Devin is shown attempting to defend a shot by PJ Tucker on Sunday during Game Three of the NBA Finals in Milwaukee

Kendall also attended Game Four of the Western Conference Finals at the Staples Center in Los Angeles as the Suns played the Los Angeles Clippers while on their way to the NBA Finals.

The model and her beau went Instagram official earlier this year on Valentine’s Day and she publicly talked about their relationship for the first time recently during the Keeping Up With The Kardashians reunion where she called him ‘my boyfriend.’

Game Four of the NBA Finals will be played Wednesday in Milwaukee. 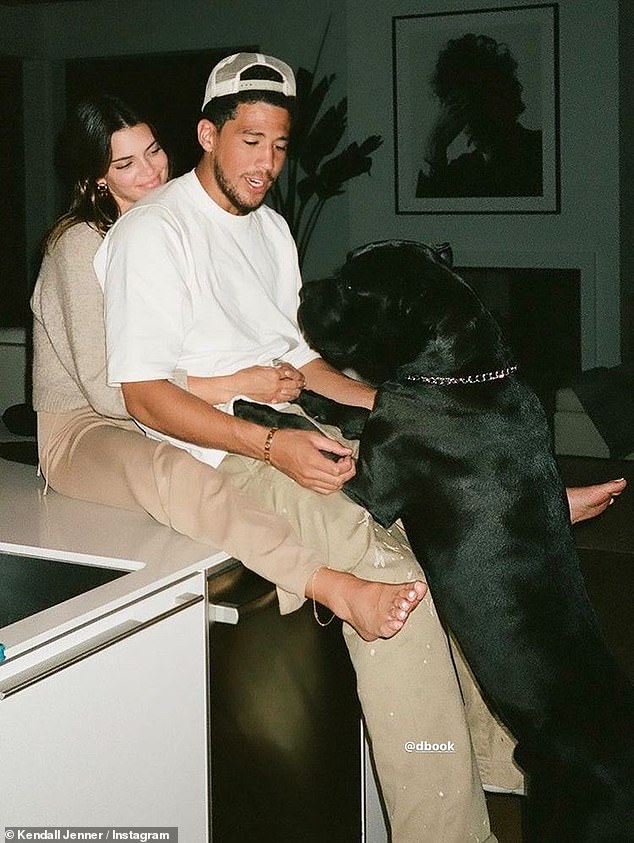