A mother claimed her 10-year-old son ‘saved’ her from being beaten to death when he ‘begged’ his abusive father to stop a brutal attack in their family home.

Holliday would fly into a rage, accusing his wife of not keeping the house clean or of wearing inappropriate clothes before beating her black and blue.

On one occasion he even knocked her out cold because she accidentally spilt his sweets during a night out at the theatre, reports the Sun.

The couple fell in love after meeting in a bar in 2000.

At first Ms Baldock said she was ‘head over heels’ for her ‘handsome and charming’ new boyfriend.

However, after they moved in together some months later, she began to see a darker side to his character.

The couple married in 2003 and their first child, a son, who will remain nameless, in February the following year.

Ms Baldock said that during her pregnancy Holliday was like a different man.

She said: ‘Lloyd was attentive and caring, and I believed we would be a happy family.’

But when their son was born, he began to resent his wife and their new baby.

Ms Baldock said: ‘When my son was 12 weeks old, he woke up crying and Lloyd told me to shut him up. 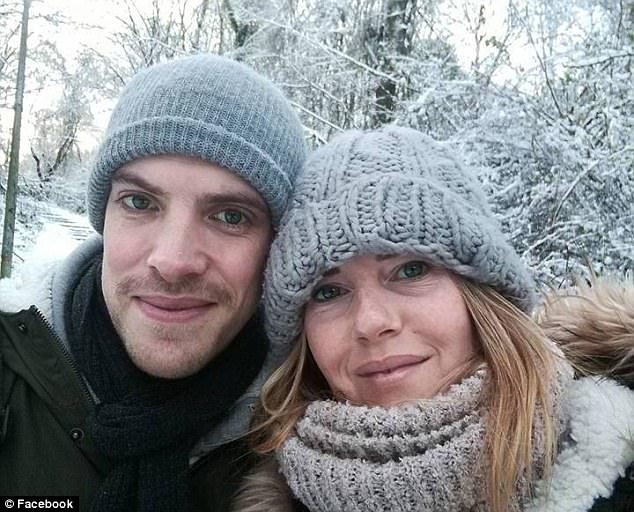 Ms Baldock (pictured, with her new husband John Baker) said she was saved from being beaten to death at Halliday’s hands, by her 10-year-old son

‘I asked him to help me but he snapped and punched me in the face. I passed out and woke up covered in blood.’

Ms Baldock said she was desperate to keep her family together and forgave her husband, with their second child, another son, coming in July the next year.

After Holliday attacked her at the theatre, she went to a GP’s office where her mother worked and alerted the police.

Her husband was given a police caution and, despite her loved ones pleas to leave, Ms Baldock took him back. 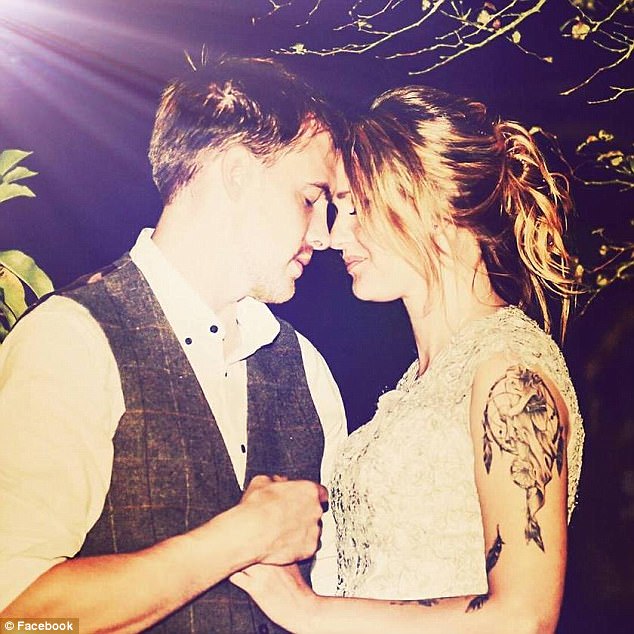 Ms Baldock met her now-husband John Baker (pictured, both together), 33, in 2016. The couple married and now have a son together, aged one

Ms Baldock sank into depression as she felt trapped by her abusive marriage, but the relationship came to a violent end in 2015.

Holliday brutally attacked Ms Baldock over claims she had not cleaned the house properly, launching a laptop bag at her head and smashing her face against a sink.

Hearing his mother being attacked, the couple’s eldest son ran into the bedroom to intervene.

Ms Baldock said: ‘He desperately tried to drag me away from Lloyd and screamed at him to leave me alone. Luckily Lloyd stopped. I called the police and he was arrested.’

In December 2015, Holliday admitted common assault and was given an 18-month suspended sentence and fined £510 for the horrific attack, at Medway Magistrates’ Court. He was also slapped with a permanent restraining order.

The following year, Ms Baldock met her now-husband John Baker, 33. The couple married and now have a son together, aged one.