The entire county of Kent had just two GPs on the evening of September 8 due to staff shortages at IC24 (Integrated Care 24), which provides out-of-hours ‘innovative health and social care services’ in the area.

This meant hundreds went without vital treatment, including one patient who was ‘actively dying.’

The service’s delivery manager Lesley Williams branded the situation ‘unsafe’ in a damning email to senior managers, which was later leaked to the Health Service Journal.

Criticism: Only two on-call doctors were covering a population of more than 1.4 million when IC24 experienced both staff shortages and high demand one evening last September

Ms Williams’ email was sent on September 9 at 8am when 130 people were still waiting for healthcare advice, 67 were waiting to be seen and there were nine visits pending throughout Kent, with the exception of Swale and Medway.

One of two palliative care patients in West Kent, who was ‘actively dying’, was forced to wait six-and-a-half hours for a visit, according to Ms Williams’ email.

The service also received a non-life threatening call at 1pm on September 8 but the visit only took place more than 17 hours later, which has partly been blamed on a clerical error.

‘Having seen the screen myself this morning I need to let you know the service is currently unsafe and has been overnight,’ Ms Williams wrote.

IC24 claimed it planned to employ an additional GP in the area but this shift was not filled.

Ms Williams also expressed doubts there would be clinicians working on September 9 in Maidstone and anticipated no cover in Canterbury that the afternoon.

She warned there would be no doctors based at Dover or Margate that evening. But, in response, IC24 argued there were mobile clinicians covering these gaps. 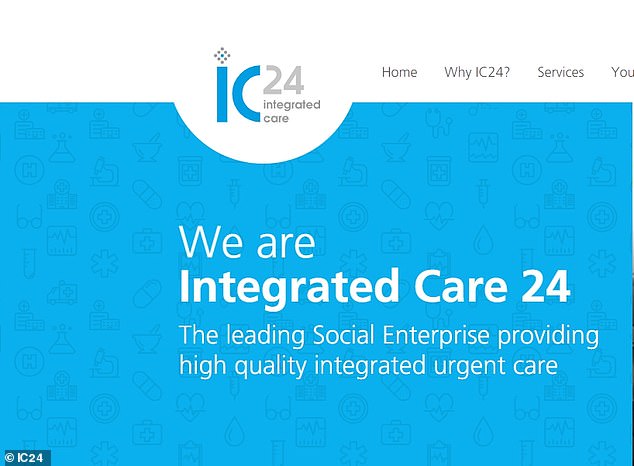 IC24 claimed it had contingency plans in place for when staffing was ‘lower than desired.’

‘These include moving staff according to demand and staffing fluctuation,’ a spokesperson said.

The delays experienced by two palliative care patients in North and West Kent during the weekend of September 8 to 9 have been reviewed to ensure that no harm was caused to the patients as a result.

A spokesperson for IC24

‘On a weekly basis we assess issues such as the longest waits patients experienced, assess the potential impact on those patients, and report back to our clinical commissioning groups, with whom we have close working relationships to ensure quality of service.

‘The delays experienced by two palliative care patients in North and West Kent during the weekend of September 8 to 9 have been reviewed to ensure that no harm was caused to the patients as a result.’

A spokesperson for the Kent Care Commissioning Groups added: ‘The CCGs monitor the performance of the out of hours’ provider daily, along with weekly reports and there have been no serious incidents reported.

‘Where a gap in workforce is identified, for instance through sickness, the provider puts contingency plans into place.

‘This means that patients will continue to have access to health professionals when they need it.’