Miranda Polston, 34, was arrested on Wednesday and charged with first-degree criminal abuse

A Kentucky woman has been accused of forcing her 14-year-old daughter to get ‘extremely’ drunk as punishment.

Miranda Polston, 34, was arrested on Wednesday in Pulaski County and charged with first-degree criminal abuse.

Authorities say she caught her daughter drinking alcohol on March 10 and proceeded to ‘discipline her’ by giving her enough alcohol to become ‘extremely intoxicated and sick.’

Not only did the mother allegedly engage in the unorthodox parenting, but the ‘punishment’ was caught on camera and posted on social media.

Video of the incident, which WKYT has seen, shows the highly-intoxicated young girl being held up in a chair so she doesn’t fall off as she yells ‘no’.

While one male juvenile held her up, another fed her more alcohol. 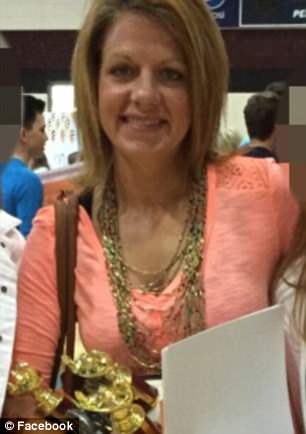 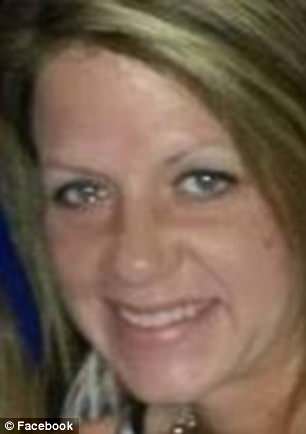 The mother can be heard in the background telling her daughter she could be on MTV and get $1million if she continued to drink.

Police say the girl is heard making a ‘gurgling sound’ in the video, before she falls face-first on the floor as everyone in the room laughs.

Polston allegedly admitted that the incident was her form of disciplining her daughter and teaching her ‘alcohol is bad for her.’

However, Polston has entered a not guilty plea.

Her attorney Greg Ousley told WKYT says Polston did not force her daughter to drink and she intends to fight the charges.

‘The video has to be put in context and law enforcement wants to put it in one certain context to make it criminal,’ Ousley said.

‘But when I spoke to my client  and she explained everything to me, I see nothing criminal.

Polston does not have custody of the girl and was on probation for another charge. 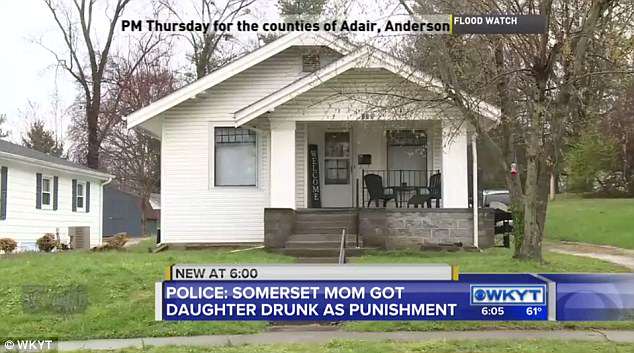 Polston’s attorney Greg Ousley told WKYT says Polston did not force her daughter to drink and she intends to fight the charge (pictured is her home, where the incident happened)