Kentucky police save sobbing girl, 6, after she was abducted by a stranger

The child, who has not been identified, was playing outside her family’s home in Valley Station, Kentucky, at around 5.40pm on July 2.

Robby Wildt, 40, had spotted the youngster and pulled up in his red Dodge Charger, grabbed the girl and drove away, according to the Louisville Police Department.

Neighbor Prentiss Weatherford was sitting on his porch and witnessed the abduction. 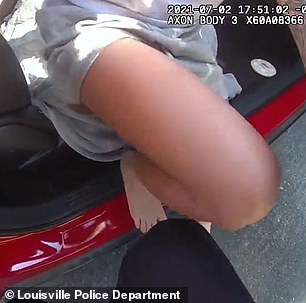 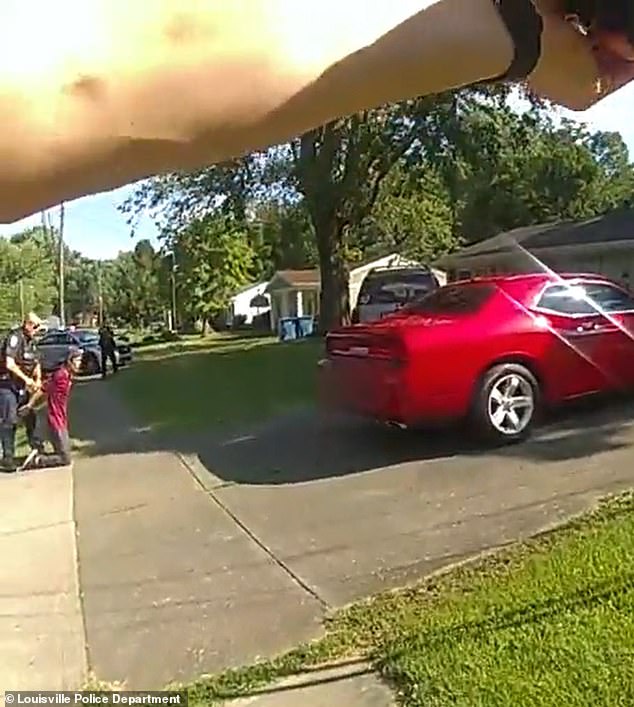 Dramatic body camera video out of Louisville, Kentucky, captures the moment police arrest kidnapping suspect and rescue a six-year-old girl from his car on July 2 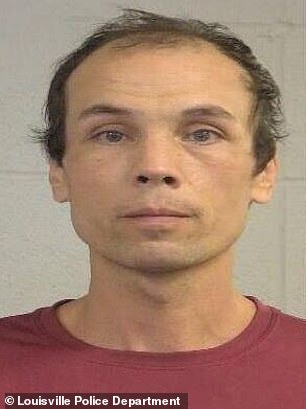 Wildt, 40, was charged with kidnapping a minor and had his bond set at $1million

‘It happened quick,’ Weatherford told WAVE3. ‘He came around the corner, parked his car, got out within 15 seconds.’

He recounted seeing the suspect grab the girl by her collar as she was on her bicycle in the 4700 block of Haney Way, throw her in the front passenger seat of his car and take off.

Weatherford and his father jumped in their own car and followed the suspect’s Dodge, writing down the last three digits of his license plate.

During the pursuit, Weatherford came across a police officer who had been called to the scene by someone else, and gave him the suspect’s license plate number.

Video from Burba’s body camera shows the moment he emerges from his patrol vehicle with his gun drawn, approaches the Dodge and yells: ‘open the passenger door!’

He reaches for the handle of the front passenger door, opens it and finds inside a sobbing barefoot girl. 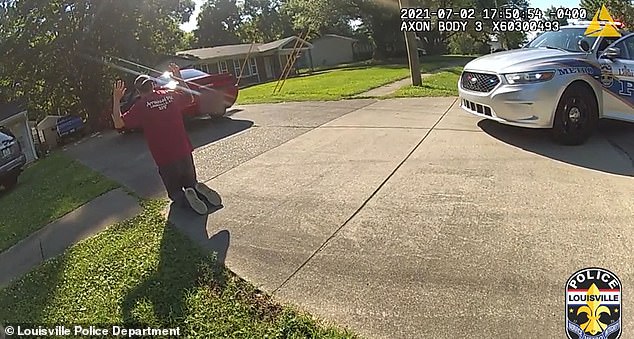 A police sergeant orders the suspect, Robby Wildt, to kneel on the ground and raise her hands 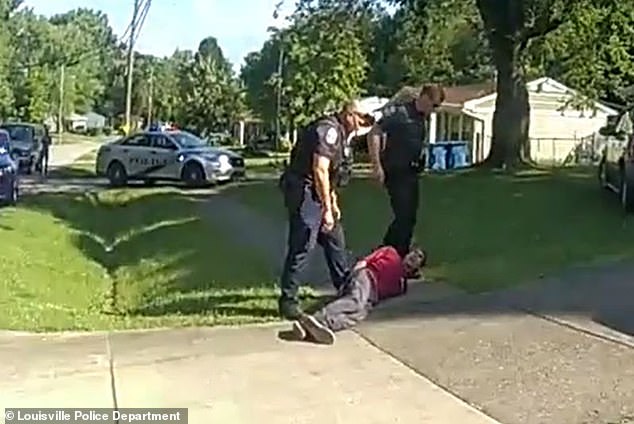 The officer scoops up the girl, who screams through sobs: ‘I want my daddy!’

Another body camera video shows Sgt Keeling ordering Wildt out of the car with his hands raised.

The 40-year-old suspect is instructed to walks backward and kneel on the ground before he is placed in handcuffs and hauled off to jail. 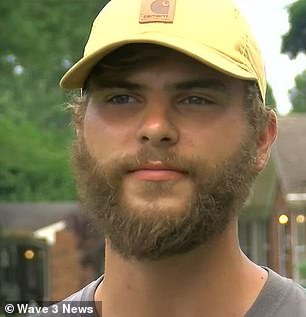 Neighbor Prentiss Weatherford witnessed the kidnapping, pursued the suspect and wrote down his license plate number

‘Fortunately the entire incident only lasted about 30 minutes due to the quick actions of the community and LMPD,’ officials said in a statement.

During an interview, Wildt allegedly told police he saw the girl playing outside, circled the block and then ‘took her from the side of the road,’ according to an arrest citation reported by WDRB.

Wildt said as the girl cried, he tried to console her ‘before deciding he knew what he was doing was wrong.’

The suspect claimed he then began to drive the victim back home because he was ‘afraid he may hurt her,’ the citation stated.

Wildt also allegedly told police ‘he knew he was wrong and he felt bad for doing what he had done.’

Wildt was charged with one count of kidnapping a minor and had his bond set at $1million.