A ‘bad boy’ of Australian football has been charged by police over an alleged late night brawl – after he was banned from playing football for flunking a drug test.

The gifted sportsman’s lawyers are set to defend affray and behave in an offensive manner charges in front of a magistrate on Friday.

Bulut’s alleged brawl comes after the ‘wild child’ of the sport was slapped with a four year ban by footballing authorities in Turkey after he admitted taking cocaine.

Gifted striker Kerem Bulut, 27, has been charged with affray and behave in an offensive manner after an alleged incident in Sydney’s Darling Harbour about 11.30pm one night last December 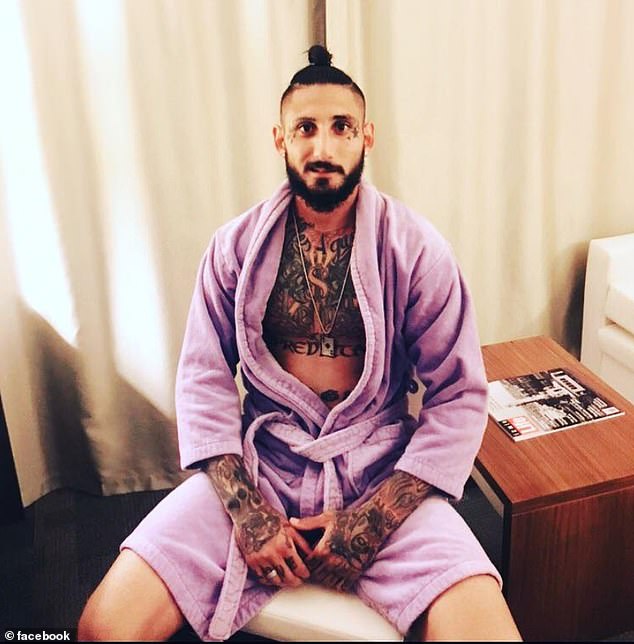 ‘I’m trying to put everything behind me’: In an exclusive interview, Bulut said he was trying to change his life – and he has even suggested he may get rid of his trademark face tattoos

Bulut is now appealing the decision to bar him from the game he loves in the hope he will return to the football field.

In an exclusive interview on Thursday, Bulut told Daily Mail Australia he was ‘trying to put everything behind me and move forward.

Bulut has been scolded by police on several occasions, most significantly in 2010 and 2011 when he was dragged into a criminal case involving a gang known as MBM, the ‘Muslim Brotherhood Militants’, which he has long denied being a member of.

Bulut represented Australia in the youth Socceroos, played overseas in the Czech Republic and Turkey, and signed with the Wanderers in 2015 – becoming an instant club legend when he scored two goals in his debut match.

He did not renew his contract and moved back to Turkey to play but his career was dealt a crippling blow last year when he was hit with a four year ban by the Turkish Football Federation for cocaine use.

‘I am finished with drugs, it was a one-off thing, and it has destroyed my career,’ Bulut told Fox Sports in January.

He said he was even considering getting rid of his trademark tear-drop face tattoos: ‘I am sick of the bad boy image’. 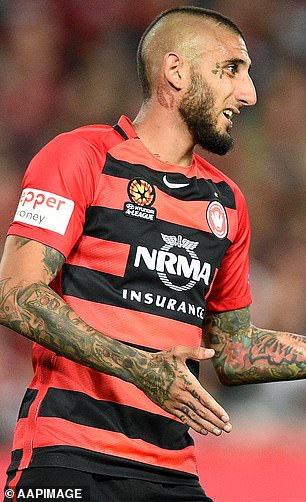 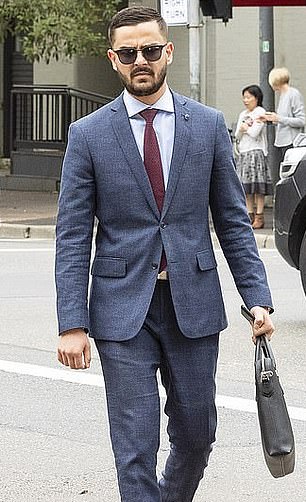 A gifted striker, Bulut, left, scored two goals in his debut match for the Western Sydney Wanderers in 2015. But first, he must fight criminal charges – his lawyer Mustafa Agar on right 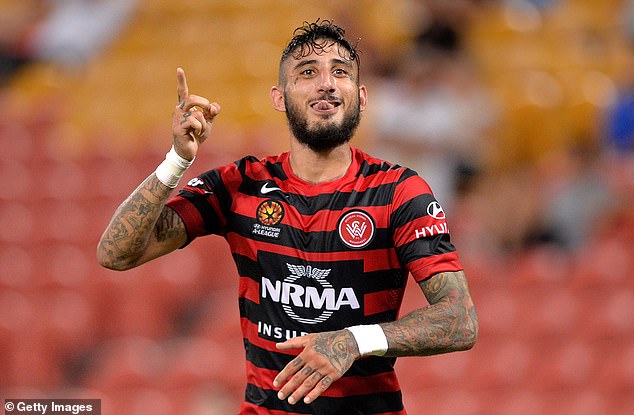 Bulut, above with a friend, told Fox Sports this year he is ‘finished with drugs’ after he was banned from the sport by his Turkish team for using cocaine

Bulut told Daily Mail Australia he was appealing soccer authorities’ decision and ‘hopefully it goes well and I get back to soccer’.

But first he must fight these serious criminal charges.

The footballer’s solicitor, Mustafa Agar from Abbas Jacobs Lawyers, said his client was negotiating to have the affray charge withdrawn.

Mr Agar, who a partner at the firm, said ‘it’s looking like a good outcome’ for Bulut, who remains on bail.

The case is listed for a hearing at the Downing Centre on Friday.