Kerry Katona is reportedly shocked that her ex-husband George Kay has moved on so quickly with 21-year-old Miss.Manchester.

The former Atomic Kitten star, who parted ways with her third husband last summer, clearly didn’t see his new romance with stunning Fatime Gashi coming, however is said to be glad that he has found someone new.

The 37-year-old split from her rugby husband George Kay – who she shares three-year-old daughter Dylan-Jorge with – last year, after a ‘string of fierce rows’.

Kerry Katona is reportedly shocked that her ex-husband George Kay has moved on so quickly with 21-year-old Miss.Manchester

While Kerry has been apart from George for a year, news that he has moved on with a beauty queen is said to have taken her by surprise.

George, 31, is now reportedly romance Fatime, after meeting her at the Miss. Manchester winner where she was crowned winner.

Sources told The Sun: Kerry ‘doesn’t have any strong feelings about it, she’s not fussed, although she is quite shocked at how quickly he has moved on from their marriage.

‘But she’s actually quite glad, as it means he is out of her hair.’ 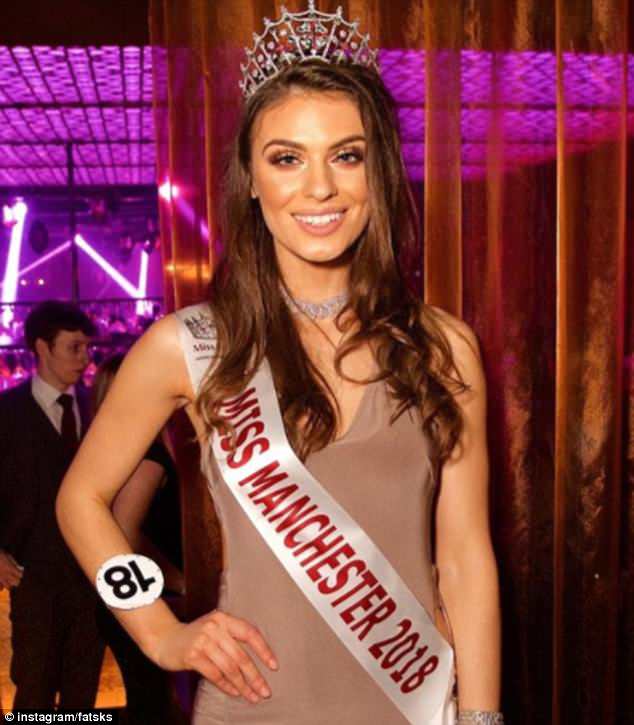 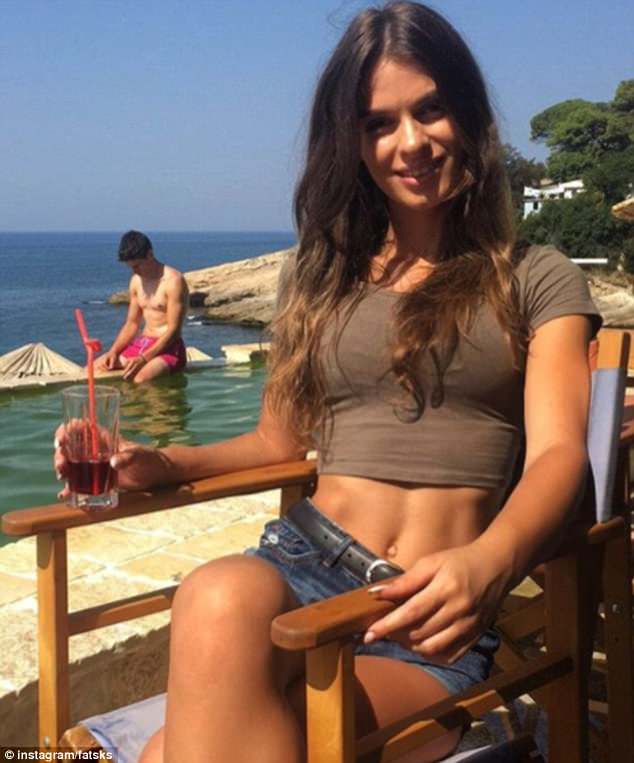 George, 31, is now reportedly romance Fatime, after meeting her at the Miss. Manchester winner where she was crowned winner

MailOnline has contacted representatives for Kerry for further comment.

This comes after Kerry recently revealed she hasn’t had sex in a year and is on a strict ‘man ban’ following the demise of her third marriage.

The television personality, who shed two-stone after overhauling her lifestyle, said she isn’t looking for a relationship but finds being a single mum ‘tough and lonely’ in an interview with The Sun.

‘I’ve not had sex for a year, I’d love to get my leg over but I don’t want a relationship,’ she told the publication

‘I get chatted up a lot by men in their 20s, it does wonders for my ego and I wouldn’t rule out a toyboy, but I don’t want anything serious right now.

‘But I do miss having sex and a cuddle, who doesn’t?’ 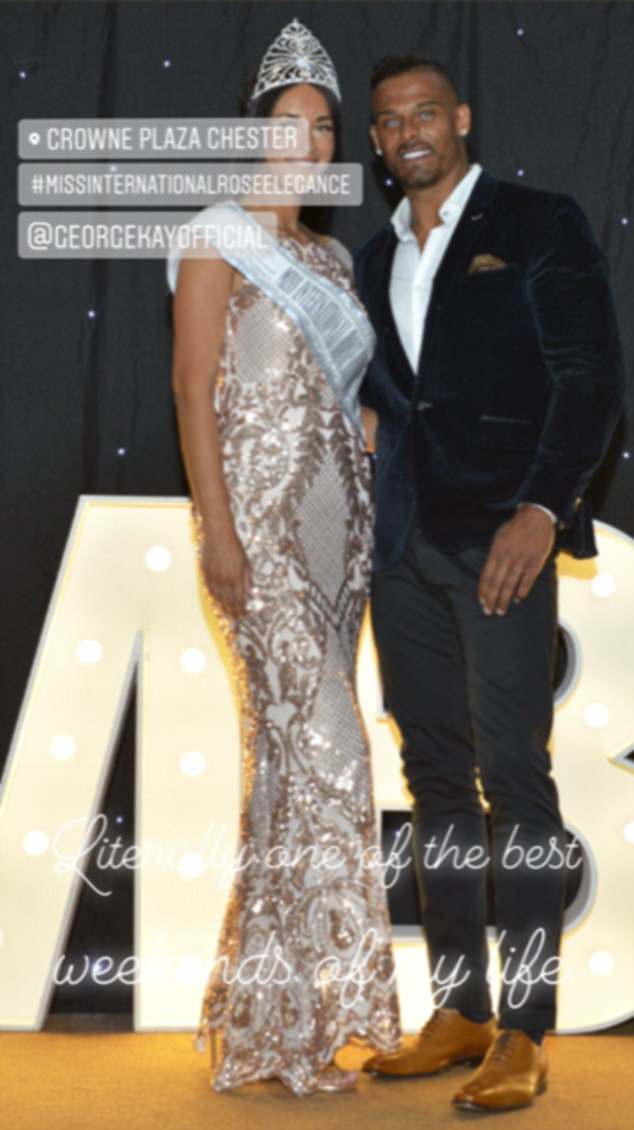 Sparks: Fatime shared a snap of her posing with George after she won Miss.Manchester 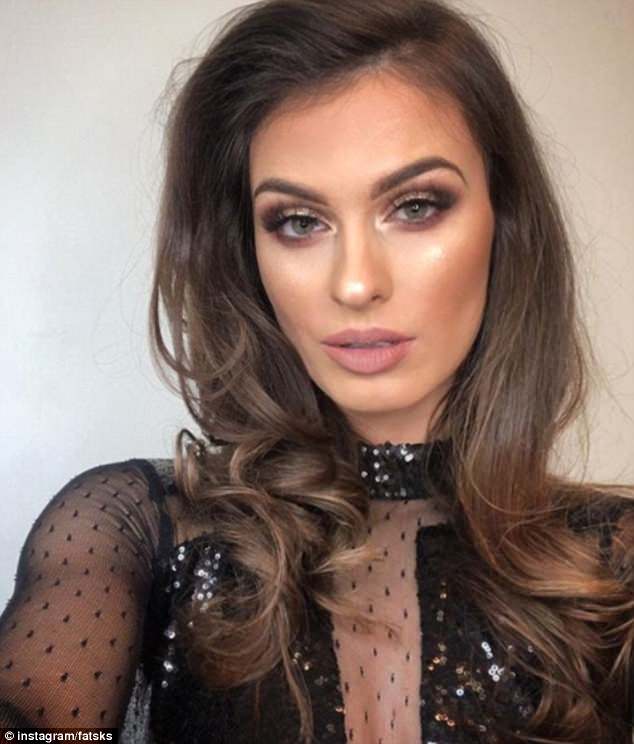 ‘He’s out of her hair’: Despite being shocked, Kerry is allegedly ‘glad’ that he’s moved on

The mother-of-five added she finds being a single mum ‘tough and lonely’ but her children are ‘her world’.

Her revelation comes after the Atomic Kitten star confessed to drinking three bottles of bubbly per night in order to cope with George’s ‘controlling’ behaviour – but now feels ’empowered’ after ditching booze altogether.

According to Closer, she said: ‘I became so isolated. I was drinking three bottles of Prosecco or Cava a night because he completely controlled my life.’

However, following a well-publicised battle with drugs in her youth, Kerry has now given up drink at home all together, and lives a clean and healthy lifestyle for the sake of her children.

Addressing her decision to go sober, she added: ‘I don’t see the point. I have to do the school run, I have no cleaners, I’m literally doing it all myself.

‘I feel empowered, amazing, and my kids are awesome. I’ve drunk enough to last me a lifetime, so I don’t do it any more.’

Kerry and George have three-year-old daughter Dylan-Jorge together, while the reality star also has Molly, 16, Lily-Sue, 14, Heidi, 10, and Maxwell, nine, from her first two marriages.