But Kesha took a selfie break on Tuesday as she continued rehearsing for the next stop of her journey.

The Tik Tok songstress, 34, shared a snap of herself rocking an edgy slick of sparkling eye makeup during a quick break from the stage.

Music maker! Kesha took a selfie break on Tuesday as she continued rehearsing for the next leg of her journey

The pop star served confidence as she gazed fiercely towards the mirror while proudly showing off her ‘Kesha And The Creepies’ top.

Kesha is currently touring throughout the U.S., with her next stop being August 13, 2021 in Billings, Montana.

The pop star’s tour comes as she continues her legal battle with producer Dr. Luke. 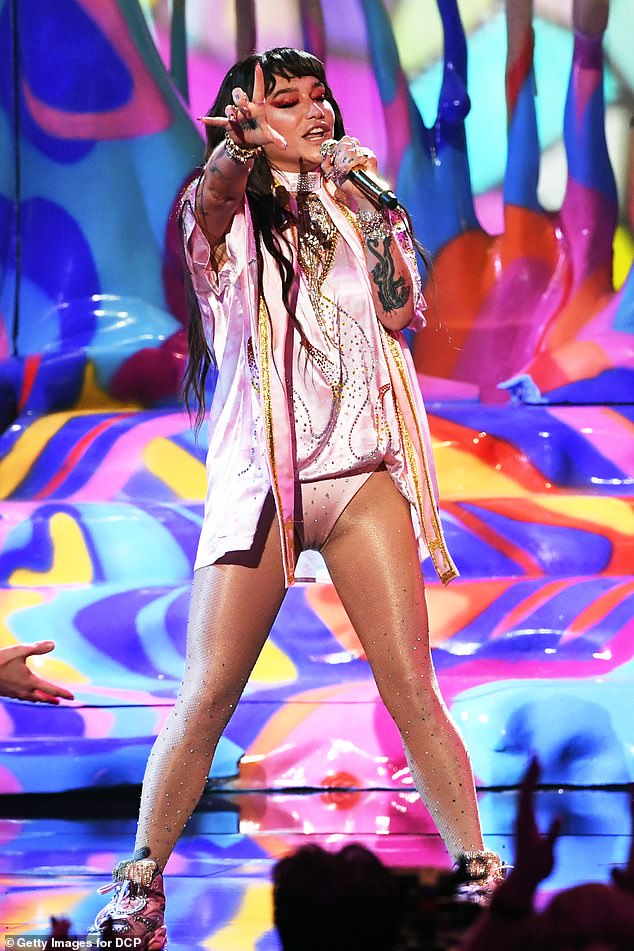 Working it! Kesha is currently touring throughout the U.S., with her next stop being August 13, 2021 in Billings, Montana (pictured November 2019)

It was recently revealed that the We R Who We R songstress is seeking legal fees from their ongoing court case.

The American pop star has been locked in a defamation case with the record producer for years, after he sued her in 2014 when accused him of physical, sexual, and emotional abuse.

A judge recently granted Kesha’s request to use a recently strengthened free speech law that now allows her to go after Dr. Luke for the costs she’s spent defending herself in the eight-year legal battle. 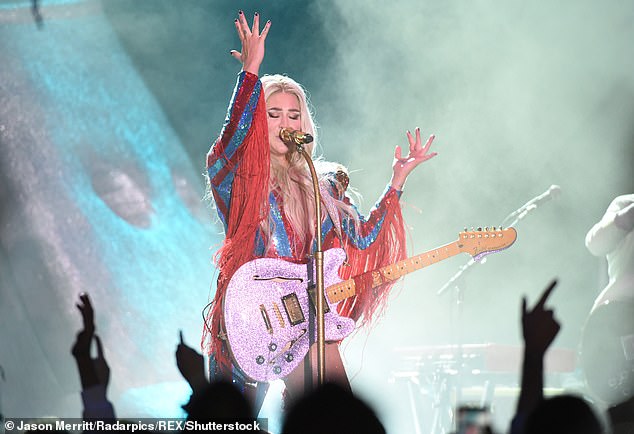 Lawyers for the singer wrote in court papers obtained by Page Six: ‘At trial, a jury will agree that Kesha is telling the truth, and thus necessarily conclude that Dr. Luke knew he sexually assaulted Kesha in 2005, but nevertheless pursued for years a meritless lawsuit.

‘Kesha is entitled to compensatory and punitive damages and her attorneys’ fees and costs incurred defending the suit.

‘Dr. Luke’s scorched-earth litigation strategy is designed to humiliate and destroy Kesha … Dr. Luke’s goal has been to crush Kesha into retracting her reports of abuse.’

The news comes after Kesha launched a counterclaim against Dr. Luke in April this year using New York’s new anti-SLAPP law, which is geared towards ending courtroom bullying by powerful individuals. 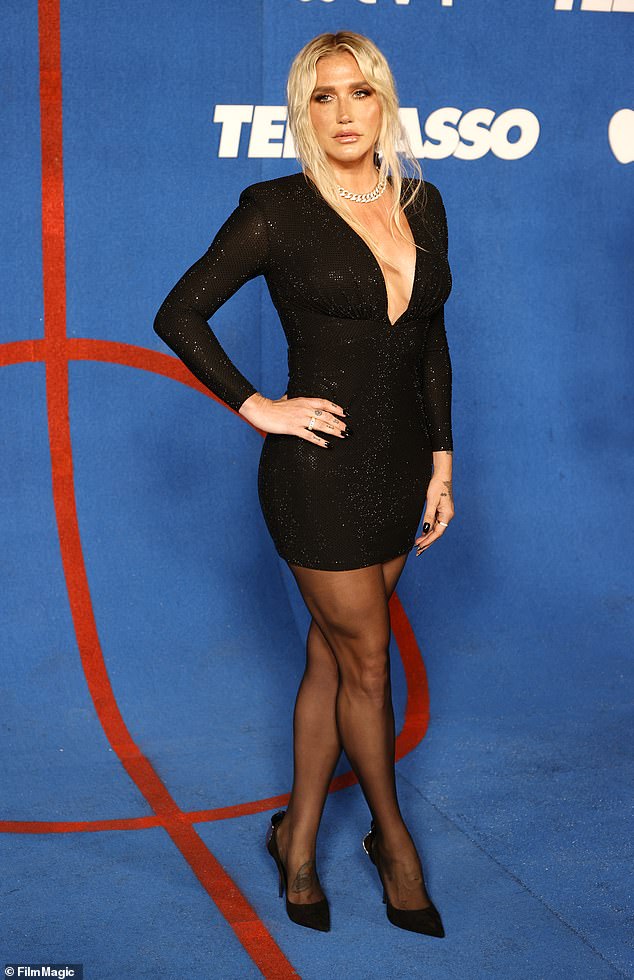 Legal matters: Earlier this month it was revealed that the We R Who We R songstress is seeking legal fees from their ongoing court case (pictured 2021)

However, since then New York has introduced new legislation that’s intended to protect free speech, and Kesha – who is being advised by Daniel Petrocelli and Leah Godesky – is seeking to use it as part of her counterclaim.

Although a judge previously ruled that Dr Luke was a private figure, meaning he wasn’t required to prove that Kesha made false allegations with a malicious intention, that decision has gone to an appeal – and a host of media organisations, such as The Daily Beast and Dow Jones, have given their support to the singer.

Kesha remains hopeful that the trial judge’s verdict will eventually be overturned, but the anti-SLAPP law could change the case entirely, as it covers situations in which private figures have to prove actual malice to prevail. 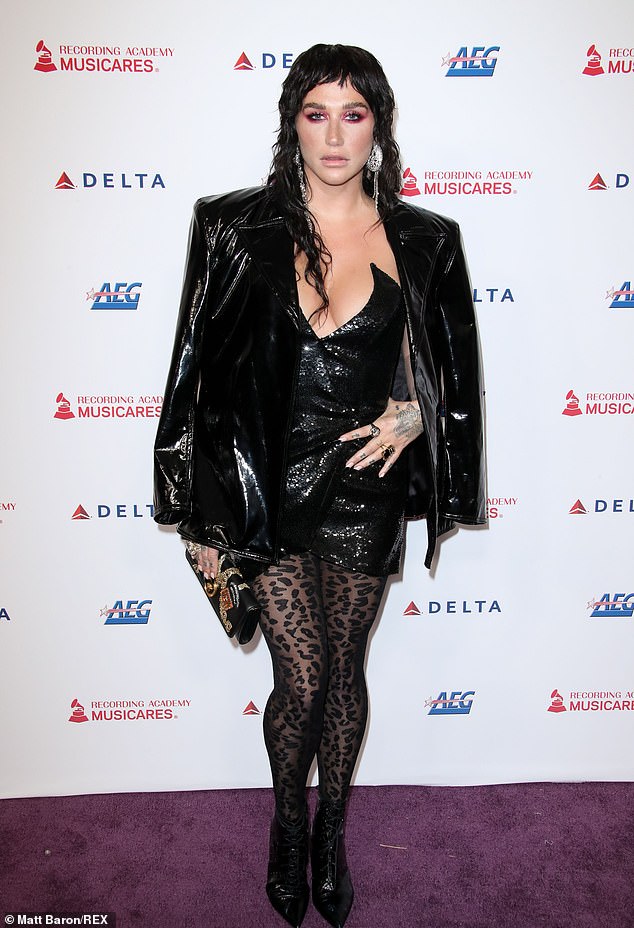 Strike a pose: The Take It Off hit-maker worked a glittering dress and PVC jacket in January 2020