Australian scientists have issued an urgent warning after detecting a mysterious and potentially dangerous new drug dubbed the ‘cousin of ketamine’.

Scientists named the unknown substance ‘CanKet’ as it was found in Canberra and  shared similar qualities to ketamine – a horse tranquilliser often used by humans as an illicit party drug.

Scientists from the Australian National University detected a mysterious new recreational drug not seen in Australia before, which they have named ‘CanKet’ (pictured)

Australian National University Professor Malcolm McLeod said someone presented a bag of crystals and powder to be tested after they experienced ‘very different’ effects when using the drug.

‘They told us that they thought it was ketamine but that the effects of the drug were very different to what they expected, so they wanted us to test it,’ McLeod said.

‘But when we tested the substance it was clear it wasn’t ketamine, but rather a ketamine-like substance.

‘Our initial reaction was “Whoa, this is really weird”. We have no idea who made the drug and where it came from, but we now know it’s out there.’

Ketamine, a drug which is taken orally, injected or snorted, can cause a user to enter a state called a ‘K-hole’ – described by ANU scientists as a state of dissociation similar to an out-of-body experience.

Professor McLeod explained making small changes to the toxicologically of a drug results in big effects and warned users of the substance of its unknown outcomes.

‘It’s so new we just don’t have information we can provide to people about this drug,’ McLeod said.

‘Nothing is known about the clinical effects on the consumer, and being something new, we urge caution. You can make quite small changes to a drug and see quite dramatic changes to its effects.’

‘This could have significant psychological effects.’ 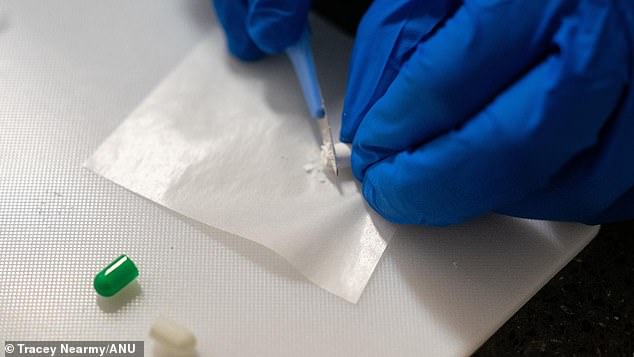 The new drug, was discovered by scientists at Australia’s first substance testing site in Canberra when a user brought in a sample after experiencing ‘very different’ effects when used (pictured) 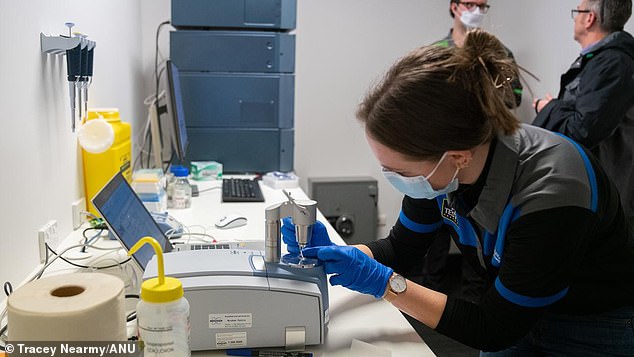 The drug testing site recorded five presentations of the ‘CanKet’ drug since August and has only been identified on two occasions before – once on the Canadian border and once in a Chinese lab.

‘It allows us to identify never before seen drugs, as well as common drugs, and provide people who use the service clear guidance on the likely health and other effects of these drugs.

‘This can potentially save lives.’

Over the last two months CanTEST has tested more than 150 samples, of which 34 were discarded once the owner understood the contents of their drug.

September results revealed a cocaine sample was found to contain dimethyl sulfone, a pain relief and anti-inflammatory drug, while another sample believed to be methamphetamine was actually sugar.

CanTEST Health and Drug Checking Service is a free and confidential health and harm reduction service.

The service is a collaboration between Directions Health Services, Canberra Alliance for Harm Minimisation and Advocacy, Pill Testing Australia and is funded by ACT Health with advice provided by scientists from the Australian National University.

This month, CanTEST released two community notices after they found concerning ingredients in samples thought to be ketamine and MDMA.