The California realtor who killed his ex-wife in the mall where she worked before attempting to commit suicide, sold homes to major music stars, it has been revealed.

Realtor Kevin Crane, 33, shot his ex-wife Parisa Siddiqi, 29, at around 2.17pm on Saturday in The Oaks mall in Thousand Oaks, a wealthy city on the outskirts of Los Angeles, according to authorities.

Siddiqi was at work at the mall’s Paper Source, a stationary store, at the time when Crane allegedly shot and killed her. Crane then turned the gun on himself, but survived his suicide attempt. He was hospitalized in critical condition, according to the Ventura County Sheriff’s Department. 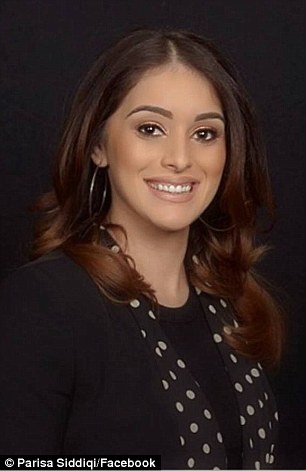 Realtor Kevin Crane, 33, is said to have shot his ex-wife Parisa Siddiqi, 29, at around 2.17pm on Saturday at a mall in Thousand Oaks, California 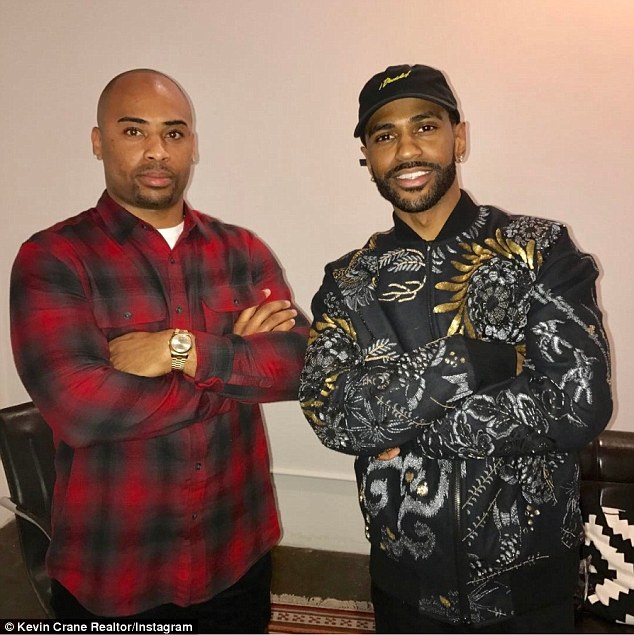 Crane (left) was revealed to be a real estate broker who specialized in working with hip-hop musician clients, including Big Sean (right), who he sold a house to in December 2017

Crane works as a realtor in Beverly Hills, according to state licensing records. His Instagram page is filled with photos of lavish homes and gifts of Dom Perignon for clients, with his online bio stating that Crane has ‘close ties to the entertainment industry’ and ‘a star-studded client base’.

Among Crane’s clients, it turns out, are major bold-name hip-hop musicians, sources told The Blast.

In February 2018, Crane was apparently set to show rapper Travis Scott a home in Los Angeles, but the appointment was said to have been cancelled because Kylie Jenner had gone into labor with Scott’s baby, Stormi. 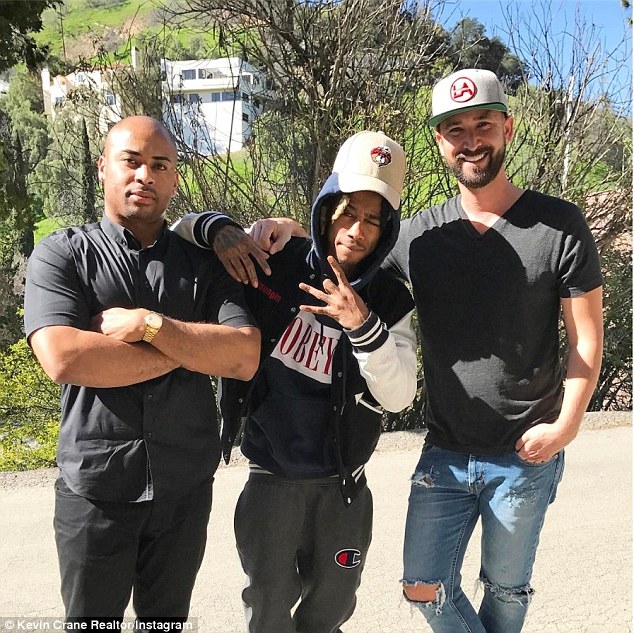 Also among Crane’s (left) clients is rapper Lil Twist (center). The two are pictured here while ‘house shopping’ in January 2017, according to the photo’s Instagram caption 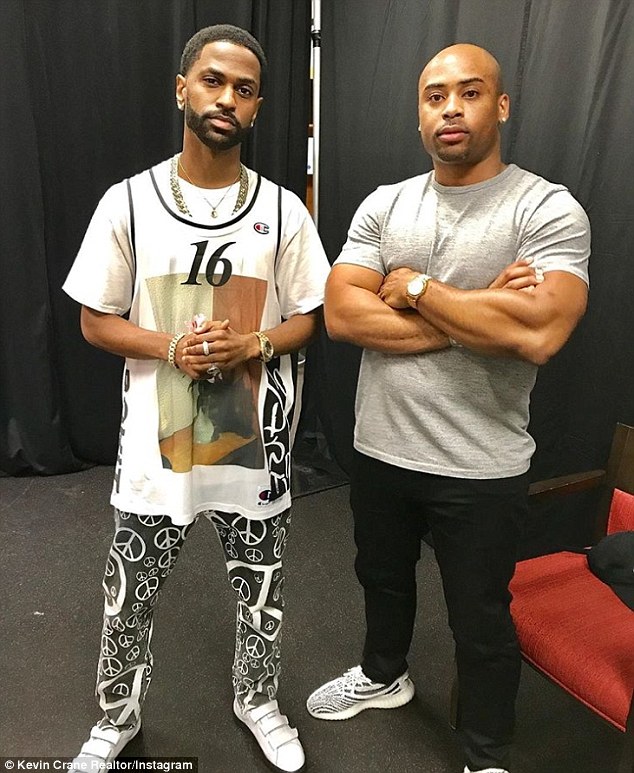 Crane, who is said to specialize in working with a hip-hop artist clientele, also counts rapper Lil Twist as being among his clients.

Crane’s Instagram page is peppered with pictures of himself and Big Sean. There is also a picture of himself posing on a street with Lil Twist, captioned ‘House shopping in the hills,’ dated January 29, 2017.

In addition to his famous clientele, Crane was reportedly in talks to play a role in an upcoming reality TV series centered around the idea of hip-hop artists looking to purchase luxury properties after making the move to LA.

Crane’s bio says that he worked as a child actor for Disney and Warner Brothers, including in the 1994 movie Little Giants, when he would have been about 10. Although his name does not appear in the credits for that film, he may have been an extra.

Police said that Crane had walked into the mall at about 2.10pm on Saturday and then headed straight for the Paper Source store where his ex-wife, Siddiqi, worked. He then proceeded to shoot Siddiqi multiple times, before turning the gun on himself. Police recovered the handgun reportedly used in the shooting at the store. 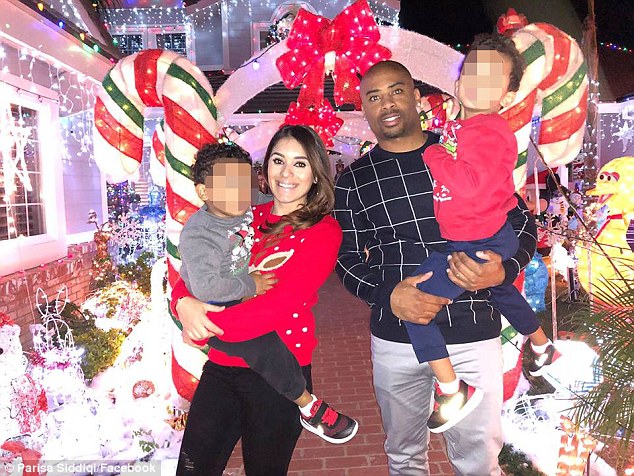 Parisa Siddiqi, 29, is seen with her ex-husband Kevin Crane and their two young sons in a photo posted in December 2017. Siddiqi was killed and Crane is hospitalized after shooting himself 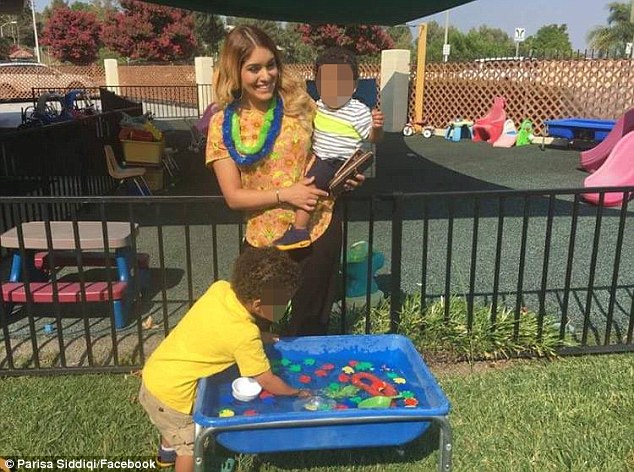 The couple had two sons, both of whom police found unharmed after the shooting on Saturday 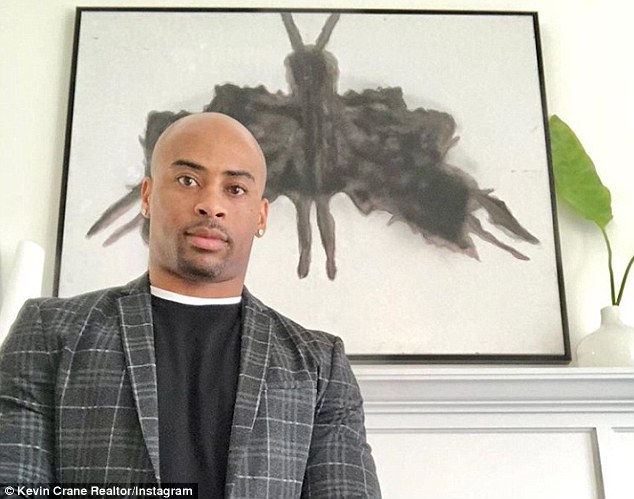 Authorities said that the couple had argued in the store, prior to the shooting, according to the VC Star.

The couple had two young sons who were not present at the shooting, and were found safe.

Police said an investigation into the shooting is ongoing and have not revealed a suspected motive.

Siddiqi filed for divorce from Crane in January of 2016, court records show. The divorce was finalized and the marriage dissolved in February of 2017.

Then in December of 2017, Siddiqi posted a holiday picture of herself and Crane with their children on Facebook. It appeared recent but she did not comment on the post.

Investigators found no prior history of domestic violence reports or restraining orders between the couple, and said they had found no criminal record for Crane.

Crane’s California realtor license record shows no complaints or disciplinary actions against him.

If you or anyone you know is in need of confidential support, contact the National Suicide Prevention Lifeline on 1-800-273-8255 or visit their website.