‘Every game we play now we are going to be at a disadvantage physically and mentally’: Kevin De Bruyne believes quadruple is nearly impossible for Manchester City

Kevin De Bruyne believes the mental and physical toll of chasing the quadruple could make the feat nearly impossible for Manchester City.

City moved a step closer to an unprecedented clean sweep of four trophies by reaching the FA Cup final with a narrow 1-0 victory over Brighton at Wembley on Saturday.

Yet manager Pep Guardiola described the quad challenge as almost impossible after the game and De Bruyne agrees that the congested fixture list presents a tough obstacle.

The Belgium playmaker said: ‘It is nearly impossible. I don’t think it is impossible to win every game, (looking) game by game, but if you see the fixtures coming up – I think every game we play now we are going to be at a disadvantage physically and mentally because we will have a game before the other teams, the other teams will have a rest.

‘The Champions League is the same. So, it is difficult.’

City are now staying in London ahead of their next testing task, Tuesday’s Champions League quarter-final first leg at Tottenham.

To underline his point, De Bruyne noted that Spurs – who City also face in the Premier League this month – have had a free weekend ahead of the clash.

The 27-year-old said: ‘Every game is difficult. We just now have to prepare for Tuesday.

‘We know Tottenham played their last game on Wednesday so they will be more fresh than us. We have to prepare ourselves mentally and physically to be ready.’

The game will be Spurs’ second at their new stadium, the move to which has given the club a lift.

But De Bruyne said: ‘The stadium doesn’t matter. They are going to be excited because it is a Champions League quarter-final.

‘Spurs are a very good team. Everybody knows how they play. They will not change. It is going to be exciting, it is going to be tough because we play them three times in 10 days.’ 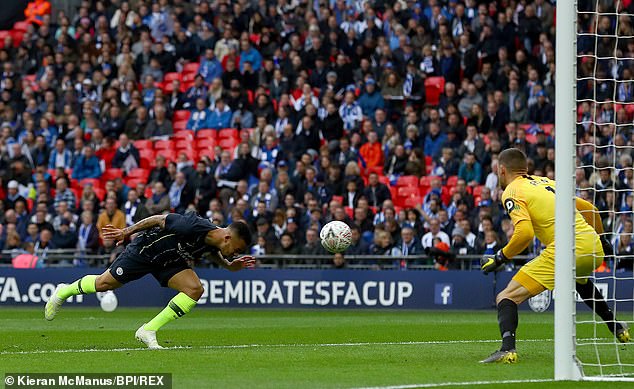 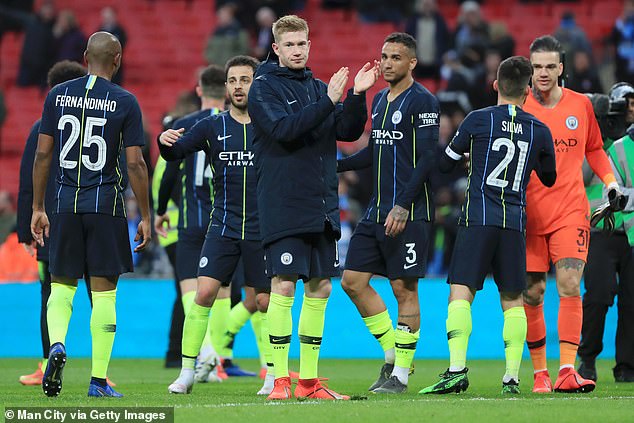 While City were involved in FA Cup action over the weekend, title rivals Liverpool returned to the top of the table with a hard-fought win over Southampton. City are still favourites because of their game in hand, but De Bruyne does not think the Reds will allow any margin for error.

He said: ‘Probably they will (win their games). We just have to look at ourselves and try to win game by game. We will see in the end what happens.

‘No matter who is champion or second, we’ve had a great season. What can you say if you get 92 or 95 points and in the end you are second? Normally that’s historic in the Premier League, to get these points. Imagine being second with it.’

De Bruyne provided the one genuine moment of quality in a drab game against Brighton, curling in a brilliant fourth-minute cross for Gabriel Jesus to head the only goal. The Seagulls applied pressure in the second half but City comfortably closed out the win.

‘We know how Brighton play,’ De Bruyne said. ‘They played well and it was difficult for us but, except for one corner, I don’t think they threatened too much.’