Kevin-Prince Boateng makes the 13th move of his maverick football career as the ex-Portsmouth, Tottenham and Barcelona star re-joins boyhood club Hertha Berlin… and gets their badge tattooed in the middle of his chest!

Kevin-Prince Boateng has completed a free transfer back to boyhood club Hertha Berlin, making it the 16th move of his maverick career.

The 34-year-old has had spells playing across Europe and has represented Tottenham, Portsmouth, AC Milan, Barcelona, Fiorentina and Sassuolo among other clubs.

But he has now completed a move back to the Bundesliga, where he will embark on his fifth spell in German football, having started his career with Hertha and also playing for Borussia Dortmund, Schalke and Eintracht Frankfurt. 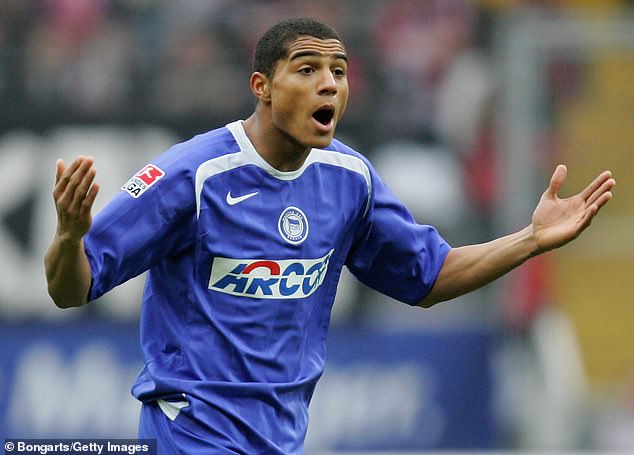 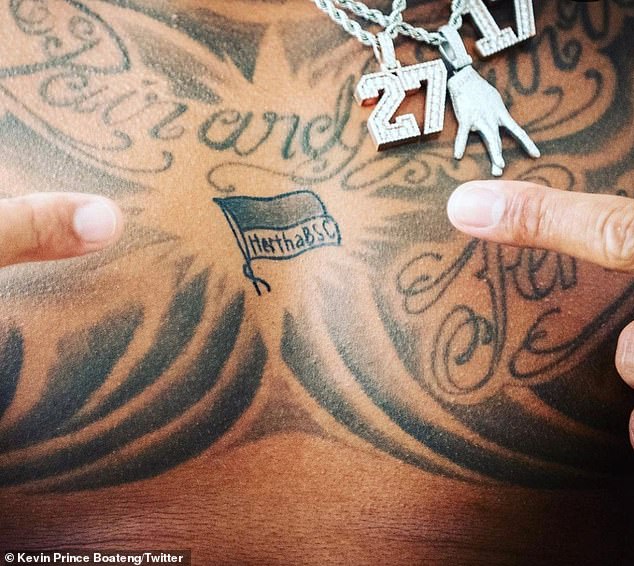 Boateng, who grew up in the Berlin district of Wedding, came through the Hertha youth system and made 53 first-team appearances before leaving for Tottenham in  2007.

He was a free agent this summer after leaving big-spending Italian Serie B club Monza. Alongside Mario Balotelli, they narrowly missed out on promotion to Serie A after losing a play-off final to Venezia.

Boateng, who will wear Hertha’s No 27 shirt next season, has signed a one-year contract with Hertha and completed his medical on Wednesday.

The former Ghana international, who also represented Germany at youth level, celebrated the move by getting Hertha’s badge tattooed in the centre of his chest.

Boateng said: ‘It’s no secret that I’d always been eyeing a return to Hertha BSC.

‘The fact that it’s finally worked out makes me very proud. I’m eager to get started, and to play in front of a sold-out Ostkurve at the Olympiastadion with the lads.’ 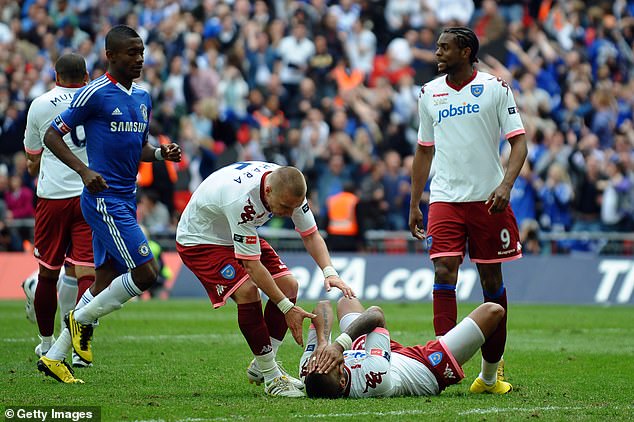 Boateng played in the FA Cup final in 2010, but missed a penalty as Portsmouth lost to Chelsea 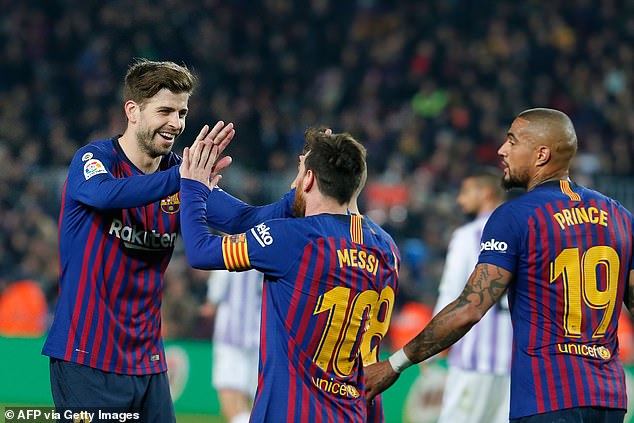 He has won Serie A with AC Milan, the German Cup with Frankfurt and LaLiga with Barcelona

‘He won’t need long to settle in. Prince’s leadership qualities are a great addition to our team, both on and off the pitch.

‘He has also proven his skills as a player at the highest level for several years. Overall, everything about this transfer is right.’

During his career, Boateng has won Serie A with AC Milan, the German Cup with Frankfurt and LaLiga with Barcelona.

He also played in the Portsmouth team that got to the FA Cup final in 2010, but missed a penalty at Wembley as Avram Grant’s side were beaten by Chelsea.

Boateng’s brother, Bayern Munich defender Jerome, has also been linked with a move back to Hertha as he prepares to leave the Bundesliga champions this summer.

However it is thought that he prefers a move abroad, rather than returning to Berlin to play with his brother next season.