Written out: Spacey has been axed from the final episodes of House of Cards. The total cost to the streaming service was $39m

Kevin Spacey’s disgrace in a sexual assault scandal has cost Netflix $39million after it was forced to shelve a Gore Vidal movie and write the A-lister out of House of Cards.

Netflix revealed the loss  the in its fourth-quarter earnings report on Monday, saying the write-down was related to ‘unreleased content we’ve decided not to move forward with’.

Spacey, who has had a successful career in film, television and theater, is one of a number of big names in the entertainment business to be accused of sexual misconduct by people coming forward in the wake of allegations against movie producer Harvey Weinstein.

The Netflix charge was one of the first public signs of financial cost to a studio or production company following allegations of sexual misconduct against an individual.

The source with knowledge of the matter said the charge was related to Spacey’s projects. Spacey’s representatives did not respond to a request for comment on Monday.

More than 30 men have accused Spacey of sexual misconduct. The Oscar-winning actor was written out of House of Cards, the Netflix political intrigue drama in which Spacey starred as U.S. President Frank Underwood. Netflix suspended production in November of the sixth and final season of the drama. 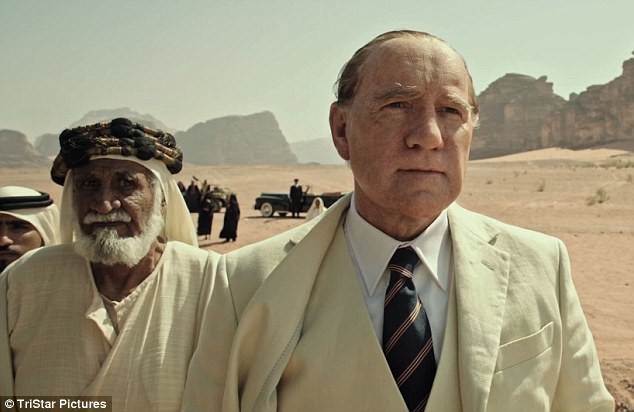 Disgraced: The actor was also completely written out of Getty biopoic All The Money in the World

Netflix also severed ties with Spacey’s other projects, including a movie about late author Gore Vidal.

In a post-earnings webcast, Netflix Chief Financial Officer David Wells said that while write-downs happened regularly, ‘we just hadn’t had one of this magnitude and related to the societal reset around sexual harassment’.

Netflix said in December that the final season of “House of Cards” would focus on Robin Wright’s character as the first female U.S. president.

Netflix on Monday reported signing up 8.33 million new streaming customers in the final quarter of last year, 2 million more than analysts expected, sending its shares up in after-the-bell trade more than 7 percent to a record high.