Three of John McCain’s top aides from his failed 2008 presidential bid are being excluded from his memorial services along with his former running mate Sarah Palin.

McCain’s 2008 campaign manager Steve Schmidt, senior adviser Nicolle Wallace – who is now an anchor on MSNBC, and longtime strategist John Weaver were not invited to any of the services or memorials, Politico reported.

‘That cathedral will be filled with people who stabbed McCain in the front. Schmidt and Nicolle and Weaver stabbed him in the back and you can’t find a single McCain loyalist who will say different or feels different,’ said a person familiar with the guest list told the news website. 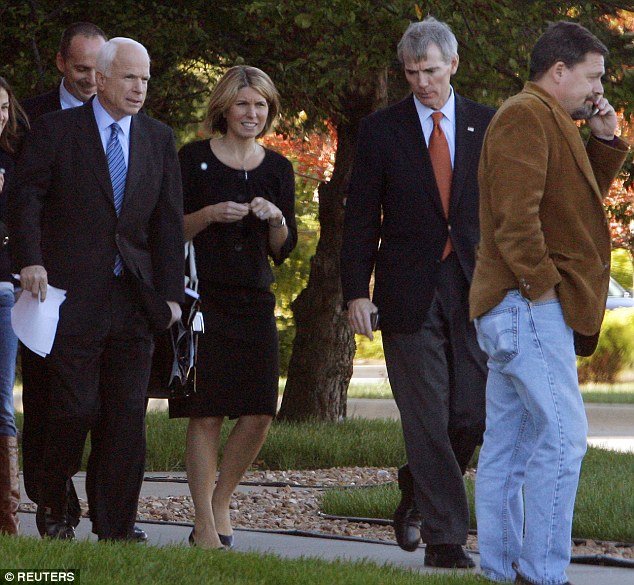 John McCain walks to his motorcade with advisors Nicolle Wallace , Rob Portman  and Mark Salter in Iowa in September 2008 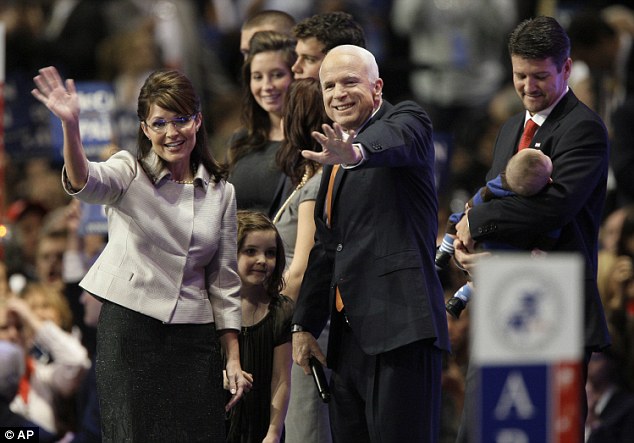 The news of their exclusion follows reports Palin joined President Donald Trump on the list of politicians who did not make the guest list.

It’s unclear if McCain, who spent months planning his memorials and funeral before he died, nixed them from the list or not. It was reported Cindy McCain banned Palin.

But the exclusion of all four is seen as a quiet acknowledgment of an unhappy chapter of McCain’s life.

The presidential campaign and its choice of Palin as McCain’s running mate set off feuds among the late senator and his staff as each faulted the other for the losing campaign and recommending the then-Alaska governor for the number two slot.

Schimdt and Wallace particularly infuriated McCain when the cooperated with authors Mark Halperin and John Heilemann for their 2009 book ‘Game Change,’ which chronicled Palin’s time on the campaign and became an HBO film.

In the film Schimdt was portrayed by Woody Harrelson and Wallace by Sarah Paulson while McCain was played by Ed Harris. 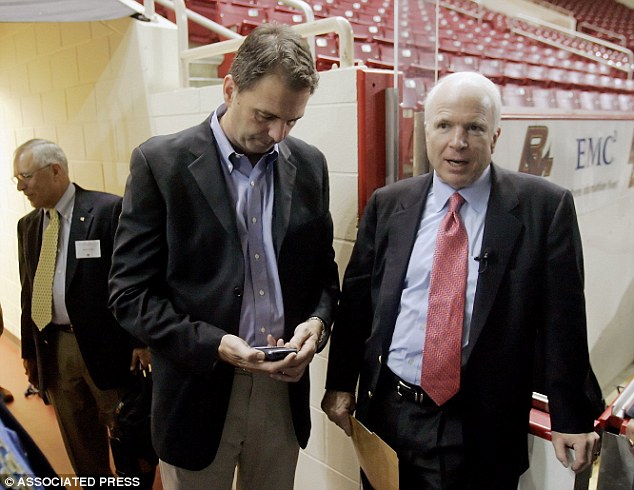 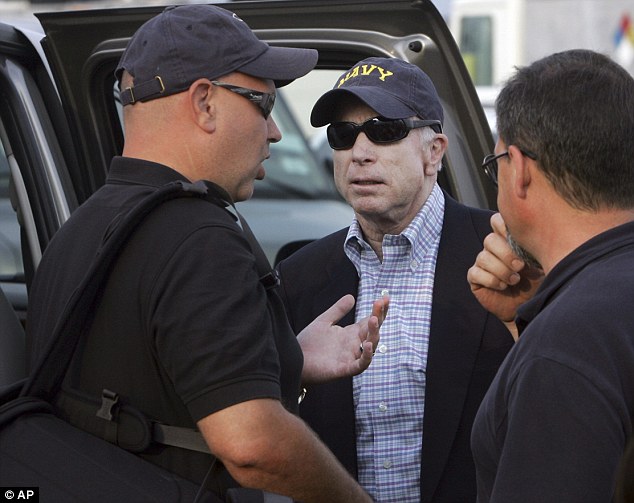 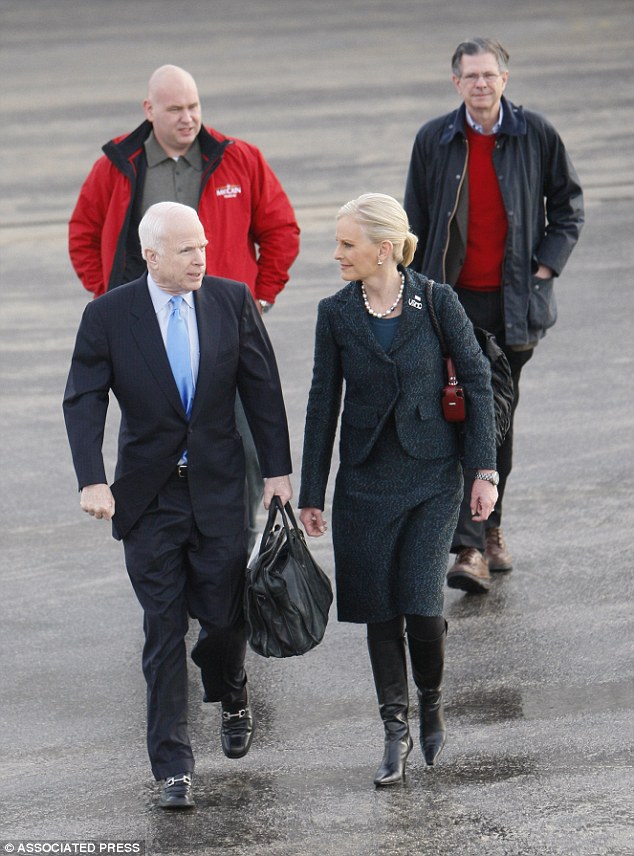 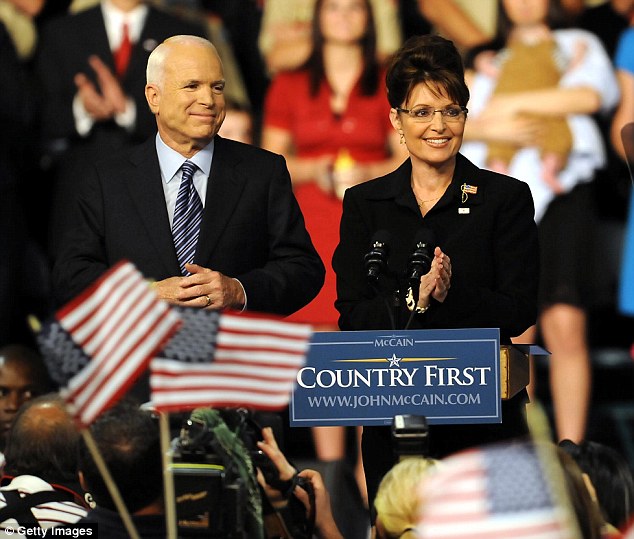 McCain refused to see the film and called it ‘completely biased.’ It led to a six-year estrangement with Schmidt that the former adviser said was resolved before McCain’s death.

Weaver quit the campaign when it became obvious McCain would go down in defeat to Barack Obama and criticized McCain afterward.

McCain was remembered at a service in Phoenix on Thursday. He will lie in state at the U.S. Capitol on Friday, followed by a funeral service at the National Cathedral on Saturday and his burial at the Naval Academy on Sunday.