Ajax and Juventus meet on Wednesday night in what should be a thrilling Champions League quarter-final.

The Italians are desperate for continental success and were last crowned champions of Europe in 1996, despite their stranglehold on Serie A in recent years.

Ajax, meanwhile, shocked Real Madrid in the last 16 with a thrilling 4-1 win at the Bernabeu that put their talented young squad firmly into the spotlight.

Here, Sportsmail looks at some of the major issues facing both sides ahead of the first leg in Amsterdam.

Cristiano Ronaldo was signed principally to deliver the Champions League and his imperious record in Madrid made him the No 1 priority in the transfer market last summer.

During his first season in Turin, Ronaldo has scored 24 goals in 36 appearances and provided 12 assists.

There were concerns over whether or not he would be fit for the game after he suffered a thigh injury while on international duty with Portugal last month.

Those concerns were quashed though after he took part in training on Tuesday and appeared to be fit and raring to go.

He is now targeting a fourth consecutive Champions League title after winning three in a row at the Bernabeu before leaving for Italy in a £100million deal last summer. 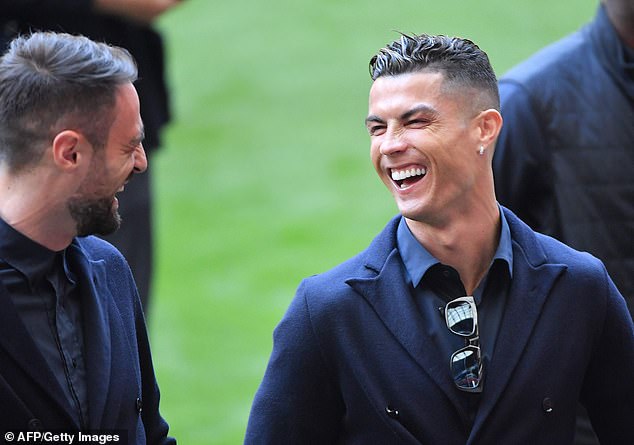 More than half of Ajax’s team on Wednesday night could be graduates from their renowned academy and that is down to the overhaul led by Johan Cruyff.

He was left so bewildered by the club’s policy of recruiting overseas talent instead of nurturing their own that on his return to the club he launched his ‘Velvet Revolution’. 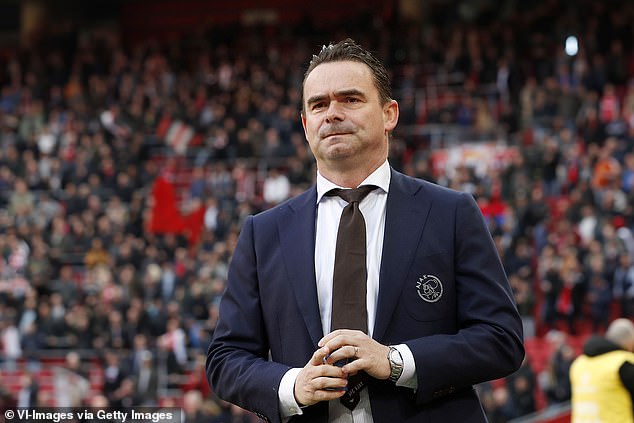 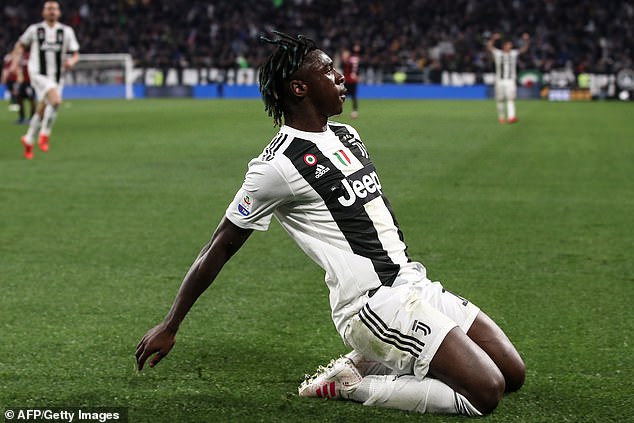 Moise Kean has burst onto the scene in recent weeks, scoring five goals in five games for Juve

Six players in their starting line-up at the Bernabeu were 22 or younger and, while the reality is that the team will be picked apart this summer, the club are once again in a position to challenge the very best.

While Ajax are renowned for their youth development, Juve also have a prize asset emerging in Moise Kean. He arrived from Torino in 2010 and has finally burst onto the scene in recent weeks, scoring five goals in five games in Ronaldo’s absence.

Stars in the shop window

Frenkie de Jong has already been poached from Ajax and will join Barcelona this summer in a £65m deal. The buzzards are still circling though with Matthijs de Ligt also poised to leave at the end of the season.

The 19-year-old defender is one of the most sought-after youngsters in Europe with Barcelona reportedly one of the interested parties along with the likes of PSG, Juventus, Liverpool and Manchester City.

Those in Amsterdam expect the club to cash in on this squad to the tune of £150m, with strong interest in forwards Hakim Ziyech and David Neres and goalkeeper Andre Onana too. They are all expected to start against Juventus. 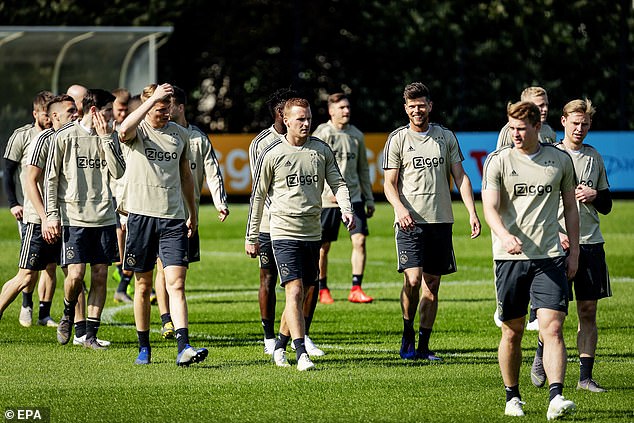 As the summer transfer window looms, some Juve players will be jostling for a move away from Turin. Ronaldo’s arrival has seen Paulo Dybala fall down the pecking order and there would be no shortage of interested parties.

Winger Douglas Costa is also said to be keen on taking up a new challenge. The Brazilian, who joined Juve on a permanent deal from Bayern Munich in June 2018, has scored just one goal this season and Tottenham are among five clubs considering a move.

History between the two clubs

Ajax have won only two of their 12 European fixtures against Juventus and none since 1974. The Italians are unbeaten in their last nine against the Dutch club, winning five of the last six.

They have met in two European Cup finals. Ajax beat Juve 1-0 in Belgrade in 1973 thanks to Johnny Rep’s strike but Juve earned revenge in Rome 23 years later.

Fabrizio Ravanelli gave Juve an early lead before Jari Litmanen levelled for Ajax, who were attempting to become the first team to retain the Champions League having beaten AC Milan 12 months earlier. It was not to be though as Juve went on to win 4-2 on penalties.

Juve have also won all four of their two-legged contests, most recently prevailing 2-1 on aggregate in their 2009-10 Europa League round of 32 tie. 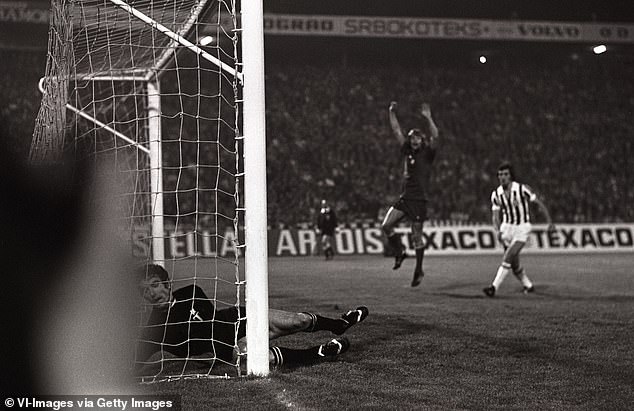 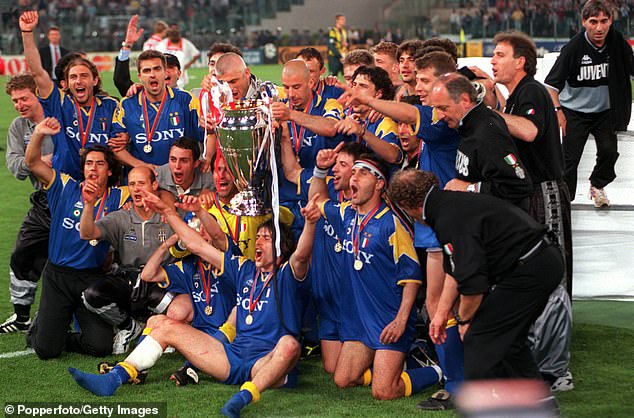 Juve earned revenge in Rome 23 years later, beating Ajax on penalties in the final in Rome

How they got to the quarter-finals

Ajax finished second in Group E behind Bayern Munich with three wins and three draws. They impressively drew both games against Bayern though and also earned a point away at Benfica before beating them at home and winning both games over minnows AEK Athens.

It was in the last 16 that Ajax enjoyed their best performance though as they overturned a 2-1 home defeat by Real to progress. Dusan Tadic produced the performance of his life at the Bernabeu as they shocked the most dominant side in the competition’s recent history and ran out 4-1 winners. 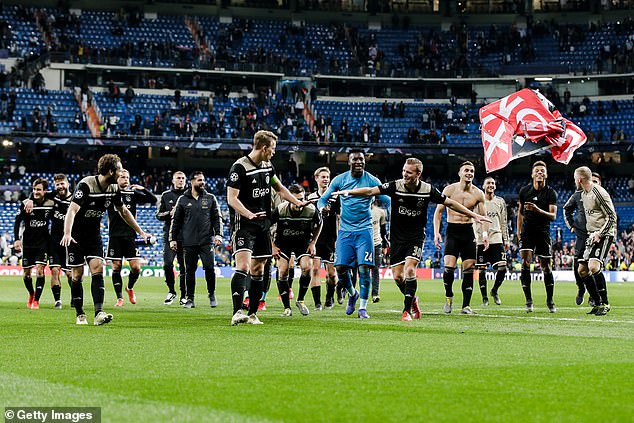 Meanwhile, Ronaldo and Co finished top of Group H, despite losing at home to Manchester United and away to Young Boys in the final round of group matches.

Further European disappointment appeared to be on the cards when they lost the first leg of their last-16 tie at Atletico Madrid without scoring an away goal. But where there is Ronaldo, there is hope and the Portuguese star showed exactly why they paid the big bucks to sign him as he scored a dazzling hat-trick to put his former Spanish rivals to the sword.