Key to solving murder of gangster shot at home by ‘hitman’ lies in the underworld, says detective

A detective investigating the killing of a notorious mobster by a hitman has said that the key to solving the murder five years on lies within the criminal underworld.

John ‘Goldfinger’ Palmer, 64, was shot six times at close range in the garden of his remote mansion in South Weald, Essex, on June 24, 2015.

The gangster, once described as Britain’s richest criminal, was linked to some of the people convicted over the £14million Hatton Garden raid of 2015.

Police had originally thought Palmer, thought to have been worth £300million, had died of natural causes because of recent keyhole surgery to his chest.

But he was later found to have six bullet wounds in his back, with a coroner slamming Essex Police for their failings and concluding Palmer was unlawfully killed. 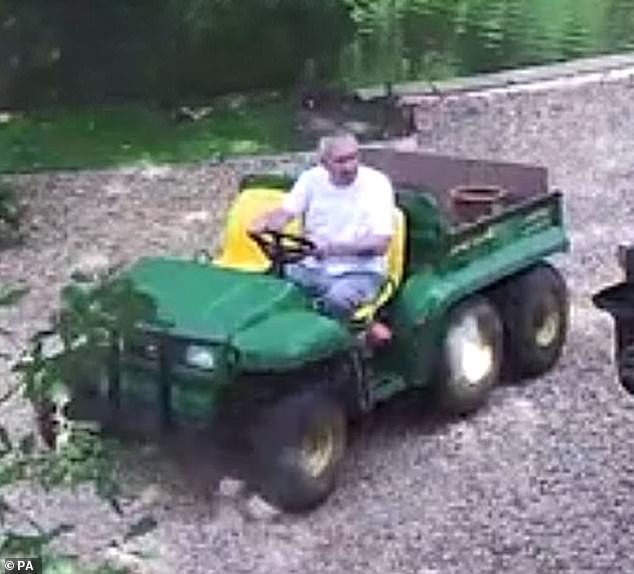 CCTV captured Palmer in the garden of his Essex mansion, in 2015, shortly before his death

Officers have now renewed their appeal for information, with a senior investigating detective suggesting that the answer to the killing ‘lies within the underworld’.

Det Chief Inspector Stephen Jennings, of the Kent and Essex Serious Crime Directorate, said: ‘Five years is a long time for John’s family to be left without answers and without anyone facing justice for his cold-blooded murder.

‘In the years since his death a lot has changed, particularly within the underworld. 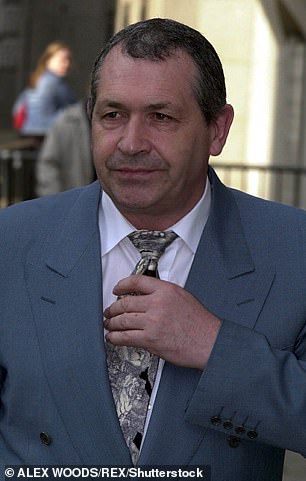 Palmer is thought to have once been worth £300million (pictured, 2001)

He continued: ‘There has always been speculation and rumour within the media and underworld about Mr Palmer’s connection to organised criminals; specific high profile crimes; that he was a police informant; and that charges brought against him in Spain were about to be dropped.

‘Over the years a number of these rumours have been found to be untrue or based wholly in speculation.

‘Regardless of Mr Palmer’s past the reality is that he was much-loved by his family and he was murdered in a calculated, callous killing within the grounds of his own home.

‘It is impossible to imagine how his family must feel, without justice and answers, and we continue to do all we can to bring his killer to come forward.

‘We know that the key to solving Mr Palmer’s murder lies within the underworld. Loyalties do change and people may now feel able to come forward.’

Essex Police previously released crime scene photos of the hole in the 5ft-tall fence panel in Palmer’s garden, believed to have been scratched with a nail or another sharp object, and of a bullet recovered from the scene. 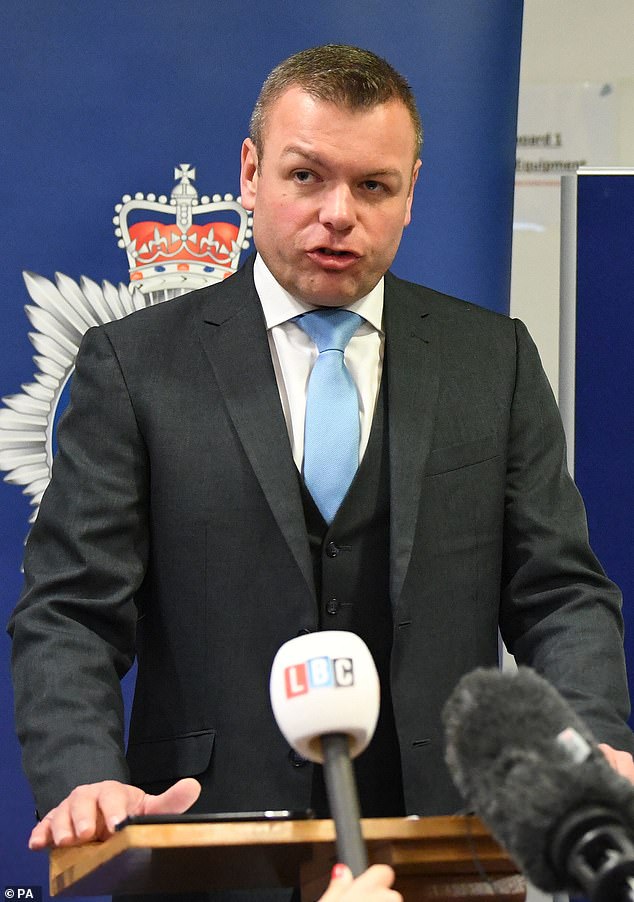 Det Chief Inspector Stephen Jennings, of the Kent and Essex Serious Crime Directorate, said that the answer to Palmer’s killing ‘lies within the underworld’ 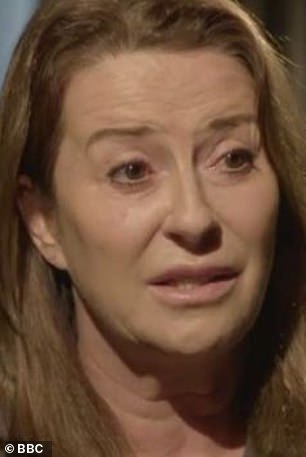 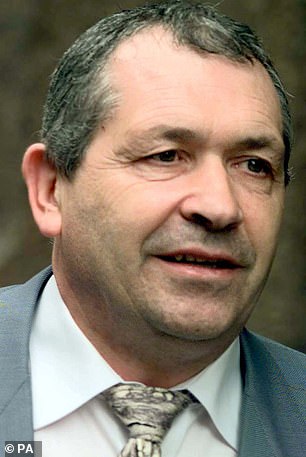 Palmer’s partner Christina Ketley (left) said she believes Palmer was ‘stalked like an animal’ by a hitman, who is thought to have scratched a spyhole in his garden fence 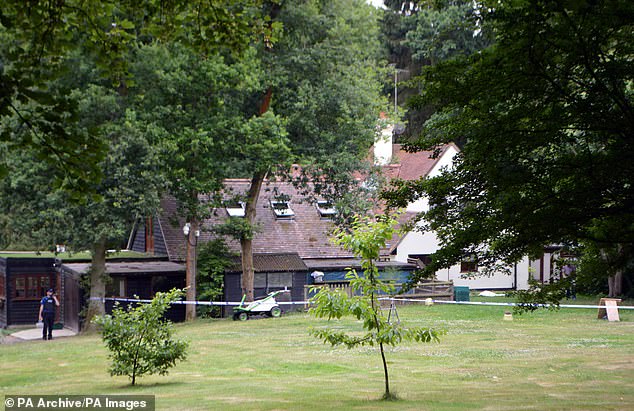 His partner Christina Ketley previously said that she believes Palmer was ‘stalked like an animal’ by a suspected hitman, who is thought to have scratched a spyhole in his garden fence before leaping over and shooting him.

In the weeks before Palmer’s death, he was one of a number of people charged over real estate fraud in Tenerife. There was speculation that Palmer was seeking a deal with prosecutors to have charges dropped.

An inquest in 2016 heard there were ‘failings on behalf of Essex Police’ and concluded that Palmer was unlawfully killed.

The murder happened in the only part of Palmer’s garden not covered by CCTV. 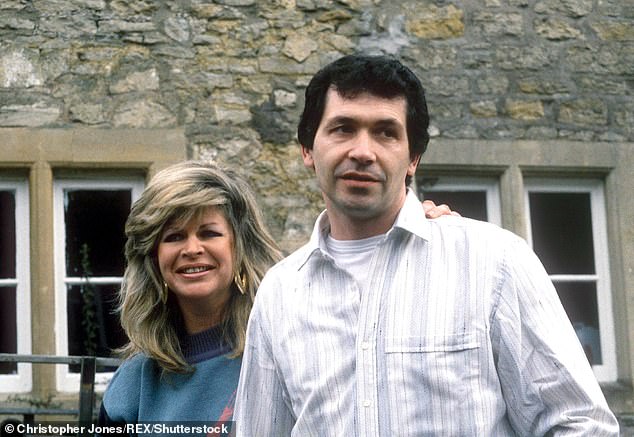 Palmer married Marnie Ryan (left) in 1975 in Bristol (pictured after his acquittal of involvement in the 1983 Brink’s-Mat bullion robbery, despite admitting he had melted down gold) 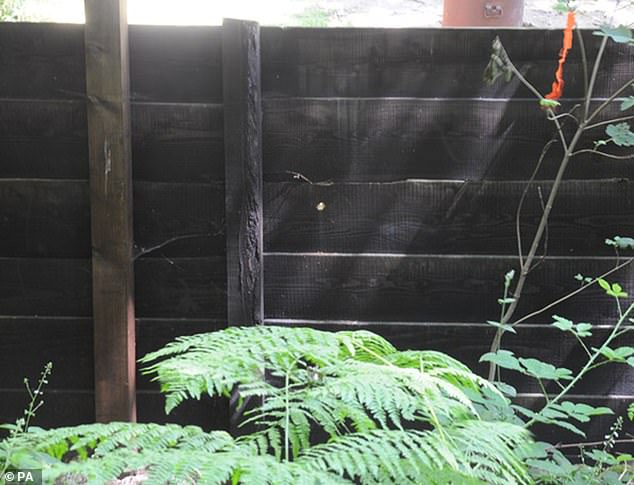 Police of a spyhole in Palmer’s garden fence, believed to have been scratched by a hitman 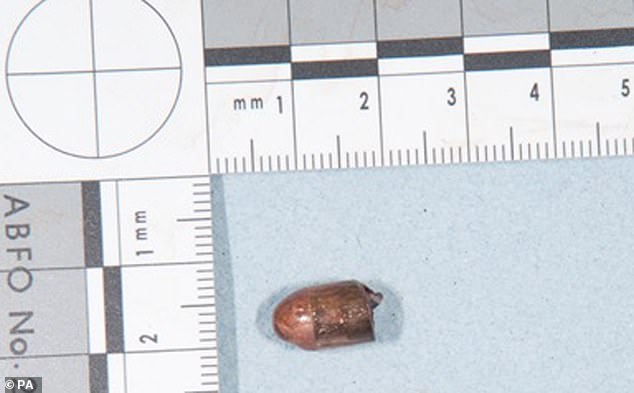 Police handout of a bullet recovered from the scene of the fatal shooting of Palmer, murdered by a suspected hitman who is believed to have scratched a spyhole in his garden fence

Essex Police said detectives have gathered intelligence in the UK and abroad, taken hundreds of witness statements, traced vehicles, examined more than 1,400 documents and pursued more than 700 lines of inquiry.

However, Palmer’s killer remains at large.

Police believe the suspected hitman watched Palmer until he went to make a bonfire to burn some old documents, then jumped over the fence.

Palmer gained his nickname ‘Goldfinger’ after being acquitted of handling gold bullion from the £26million Brink’s-Mat raid in 1983.

If you have information about the murder of John ‘Goldfinger’ Palmer call Essex Police on 101 or call Crimestoppers anonymously on 0800 555 111.

Alternatively, use the anonymous online form at Crimestoppers-uk.org.

The life of John Palmer, the mobster who earned the sobriquet ‘Goldfinger’ after melting down gold bullion stolen during the 1983 Brink’s-Mat Robbery

1980 – Palmer was charged with obtaining credit on furniture by providing false references. He received a six-month suspended sentence.

1983 – Six robbers broke into the Brink’s-Mat warehouse, Unit 7 of the Heathrow International Trading Estate near Heathrow Airport and stole £26million worth of gold bullion, diamonds and cash.

1985 – Palmer took his family on holiday to Tenerife, evading a police raid on his mansion by days. He stayed overseas, sold up his jewellery shops and set up a timeshare business at Island Village, near Playa de las Americas.

Palmer fled Tenerife for Brazil, just as the UK was about to sign an extradition treaty with Spain. He was refused entry by Brazilian authorities, and returned to Britain to face trial for fencing Brink’s-Mat gold.

1987 – Palmer never denied melting down the bullion in a smelter on his country estate, but convinced the jury he had not known it was stolen.

He was acquitted, and reportedly blew the jurors a kiss as he left court before flying back to Tenerife to continue expanding his timeshare empire.

1990 – Palmer had several hundred sales staff at 11 timeshare resorts. His managerial secretary was Christina Ketley, with whom he had a son.

1994 – Police started investigating Palmer’s business affairs, initially thinking the timeshare empire was a cover for a drug money laundering scam. Though they found no concrete evidence of laundering, they came across complaints from hundreds of couples who claimed they had been swindled by him.

1996 – Palmer allowed Kenneth Noye to use his jet to flee the UK after he stabbed a man in a road rage incident. He was sentenced to life in jail.

Noye, who was part of the Brink’s-Mat gang, killed an undercover police officer but was acquitted on the grounds of self-defence.

1999 – Officers launched Operation Beryk, which led to Palmer going on trial in 1999 with Ketley and five other executives.

Palmer successfully argued that publicity linking him to a murder trial had prejudiced his case, and the judge ordered that he should face a retrial.

2000 – The five executives were all convicted of conspiracy to defraud, and were jailed for between 14 and 18 months.

2001 – Palmer defended himself after sacking his legal team and was found guilty of ‘masterminding the largest timeshare fraud on record’.

He was sentenced to eight years in jail, but served half of this term.

2005 – Hundreds of his victims sued Palmer for more than £3million and he was declared bankrupt in 2005 with debts of nearly £4million.

2007 – Palmer was arrested on charges including fraud arrested by Spanish police on suspicion of masterminding a crime organisation in Tenerife.

2009 – Palmer was released on bail after two years in a high security Spanish jail, but was required to report to court authorities every two weeks.

2015 – Palmer was killed in his garden in Essex by a suspected ‘hitman’. Police initially thought he had died of natural causes.