Police have revealed some of the unusual excuses Victorians have used as they’re caught breaking lockdown orders.

Metropolitan Melbourne and the Mitchell Shire were thrust back into lockdown in an attempt to stem the spread of the deadly second outbreak of coronavirus.

A man who visited a KFC store in Dandenong, Melbourne on July 13  was fined after he refused to leave the restaurant when staff informed him it was closed.

Staff told the man it was closed due to restrictions imposed by the Chief Health Officer as Victoria grapples with a deadly second outbreak of coronavirus.

Police were called to the scene, where they again informed him of the restrictions.

In a statement released on Wednesday, police revealed the man was aware he was in direct violation of the orders, and issued him an infringement notice.

A man who visited a KFC store in Dandenong, Melbourne was fined after he refused to leave the restaurant when staff informed him it was closed. The man told police he was aware he was breaching COVID-19 lockdown restrictions

During his daily press conference on Wednesday, Victorian Premier Daniel Andrews said police would not be issuing warnings for breaching lockdown orders.

‘The time for cutting slack, the time for warnings is over,’ he said.

He reminded people that police are out in full force to ensure people are following lockdown measures.

In another example of Victorians breaking the rules, police were forced to break up a gathering of 10 people who were drinking on the street.

Police arrived at the Bentleigh street about 6pm on July 14 after receiving complaints of a get together on the street.

Ten people were standing together in the driveway of a home, with stools set up around a gas heater.

The group told police they thought they were following orders as long as they kept 1.5m apart.

One of the men who was present had visited from Brighton. The group were all issued fines for breaching the restrictions. 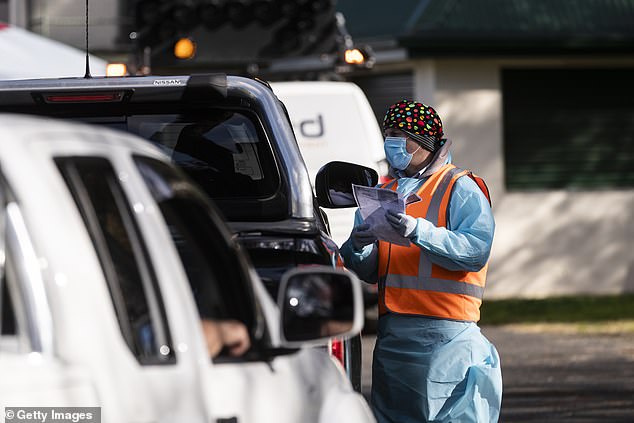 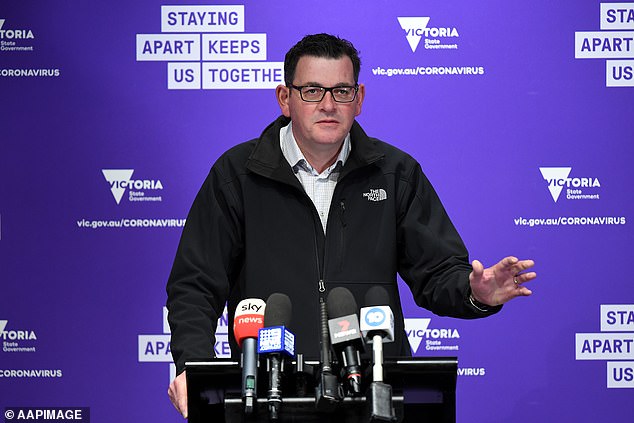 Victorian Premier Daniel Andrews addressed the media on Wednesday morning during his press conference. He confirmed a further 238 cases of coronavirus had been identified overnight

Two men were confronted in a parked car in Seville, and told police they were playing Pokemon. They proceeded to show the officers evidence of the game on their phones.

When police told them they were in direct violation of the health directives and would receive infringement notices, both men attempted to change their story.

Police could not validate their claims, and they were fined for breaching lockdown restrictions.

People were also reminded that massage parlours and sex work is banned during the lockdown.

Two businesses in the same field have also received fines in excess of $10,000 for trading during the lockdown.

A total of 63 fines were issued in the 24 hours to Wednesday for breaching the health restrictions.

Since Stage 3 restrictions came into effect across metropolitan Melbourne and the Mitchell Shire on 11.59pm Wednesday July 8, police have issued a total of 546 fines.

Anyone who breaches the health directive faces on-the-spot fines of $1,652 for individuals and $9,913 for businesses.

‘We know the vast majority of Victorians are doing the right thing and we thank them for that. Following the rules is what keeps our families safe,’ Mr Andrews said.

‘For those who want to break the rules – Victoria Police is out there and you will get caught.’ 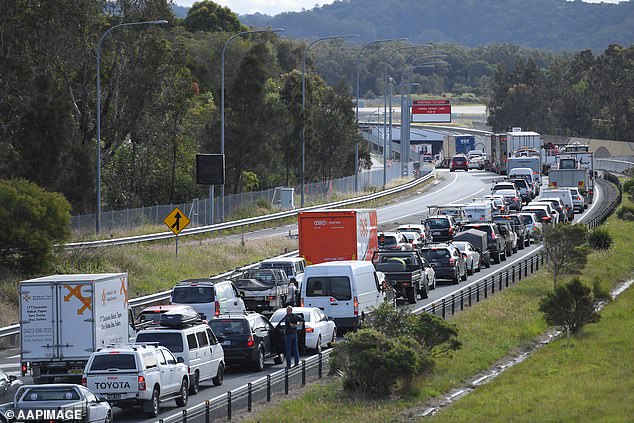 The latest statistics come as Mr Andrews confirmed a further 238 cases of COVID-19 in his state overnight.

In addition to the new diagnoses, a 90-year-old woman died – meaning three Victorians have lost their lives in as many days.

Meanwhile, New South Wales has recorded 13 new cases, with 10 linked to a cluster which developed at the Crossroads hotel in south-west Sydney.

There are now 34 cases linked to the cluster.

Anyone who attended the hotel in Casula between July 3 and 10 must get tested for coronavirus and self-isolate for 14 days even if the result is negative. 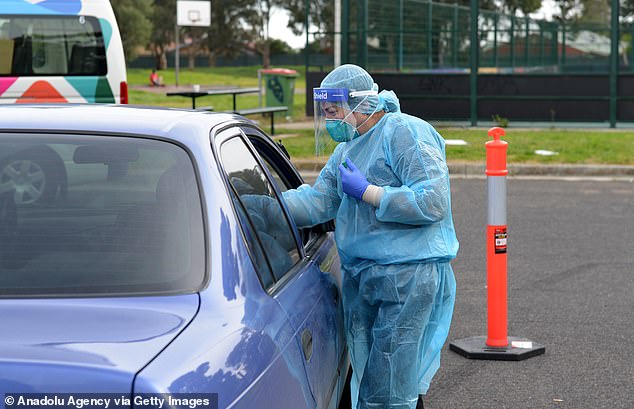