‘Thank you so much brother for inviting me’: Khabib Nurmagomedov sends message to PSG owner Nasser Al-Khelaifi after being his guest during Champions League win over Liverpool

Nurmagomedov watched from the stands at the Parc des Princes as the Paris giants recorded a 2-1 win over the Reds.

The 30-year-old fighter, who has not performed in the UFC since his controversial victory against Conor McGregor in October, took to Instagram on Saturday to send Al-Khelaifi a message.

Alongside a photo of himself and Al-Khelaifi holding up a PSG shirt with ‘Khabib 10’ on the back, Nurmagomedov wrote: ‘Thank you so much Brother for inviting me. It was a great game.’

Nurmagomedov then appeared to invite Al-Khelaifi to his hometown by adding: ‘I’m waiting for you in Dagestan.’

Russian Nurmagomedov was not the only celebrity at Wednesday’s game, with Mick Jagger and Leonardo Di Caprio also present.

Nurmagomedov also shared a photo of himself with actor Di Caprio and wrote: ‘He knows more about UFC than me.’ 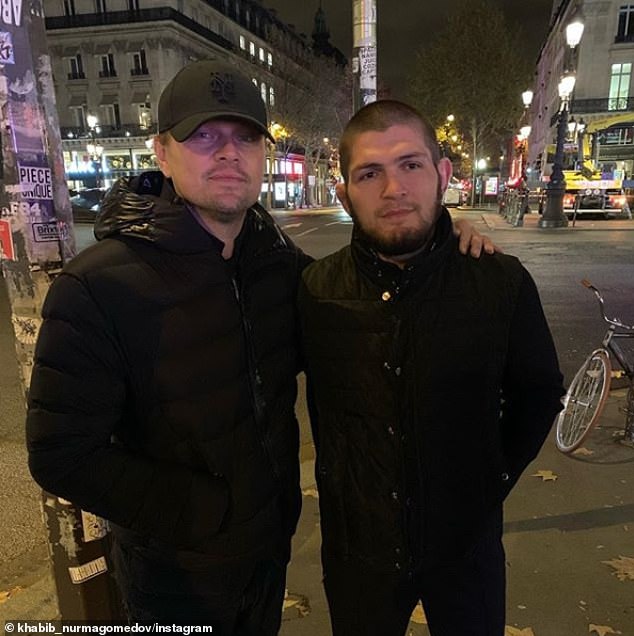