Khloe Kardashian called out Kim Kardashian after both the sisters modeled identical Skims bodysuits on their Instagram accounts.

A day after Khloe, 38, posted a snap of her wearing the Jelly Sheer Full Bodysuit, Kim, 41, rocked the exact same clinging one-piece to her page.

The post didn’t go unnoticed by Khloe, who jokingly called her sister a ‘b*tch’ for copying her look.

Familiar curves! Khloe Kardashian called out Kim Kardashian after both the sisters modeled identical Skims bodysuits on their Instagram accounts

‘Oh ok well I didn’t look like this in mine. Ha,’ Khloe commented on Kim’s photo before adding an hour later, ‘You’re a b*tch.’

Kim put her most famous asset on display in a Jelly Sheer Full Bodysuit from SKIMS on Wednesday.

The mother-of-four, who turns 42 this month, modeled the clinging one-piece in a pair of Instagram images shared to her account.

The ex of Kanye West stood with her back facing a floor-to-ceiling mirror as she turned slightly to capture a selfie.

‘I didn’t look like this in mine’: The post didn’t go unnoticed by Khloe, who jokingly called her sister a ‘b*tch’ for copying her look

Kim wore the look from her range of undergarments, clothing, and swimwear in the steel blue variety.

The ever-fashionable mogul added a pair of suede knee-high boots with a wedge heel to the ensemble.

In the photos she carried a tiny metallic silver handbag from Balenciaga, the designer she has worn consistently for the past year.

Kardashian’s bleach blonde hair was worn down, styled in a center part that revealed her dark roots. 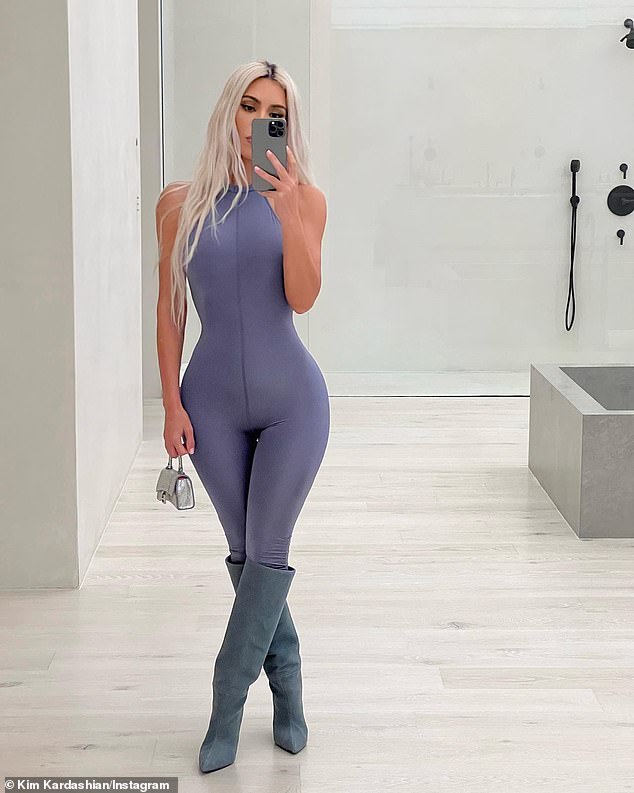 Spicy: The mother-of-four modeled the clinging one-piece in a pair of Instagram images shared to her account

Her face was fully made up, with the multihyphenate rocking a cat-eye created with black liquid liner.

She donned her go-to look of a simple and short natural manicure with a glossy nude polish.

The photos were snapped in Kim’s luxurious bathroom, which she has routinely showcased in her SKKN by Kim ads.

The catsuit featured a backless detail, which displayed the gym enthusiast’s toned back and tiny waist. 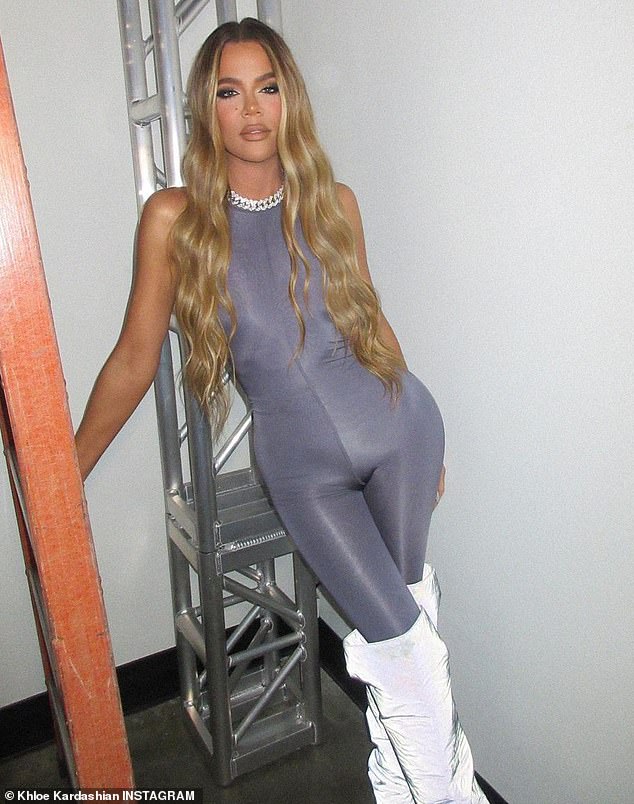 The gorgeous mother-of-two posed in what looked to be a backstage area as she leaned on a bright-colored ladder.

Khloe added her individual touch to the sleeveless one-piece, styling the halter neck design with a Cuban link choker as a collar.

And much like her older sister, she paired the bodysuit with reflective thigh-high boots. 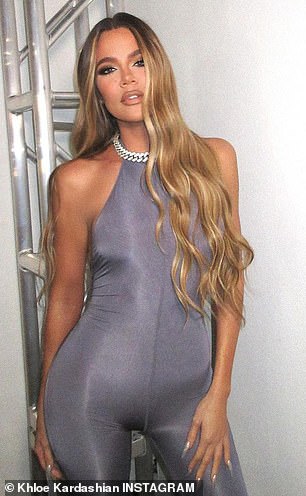 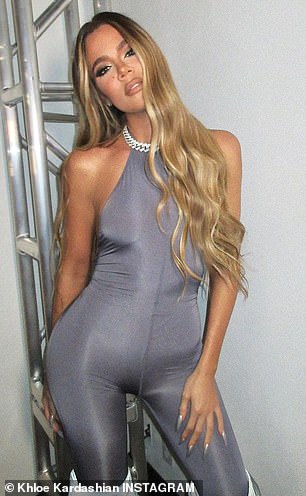 The studying lawyer-to-be drew attention to C.J. Rice’s legal case, asking, ‘How could an innocent 17-year-old end up behind bars until he’s 77 years old?’

Kimberly, an advocate for justice system reform, explained to her following of 332 million that Rice was tried as an adult ‘for a crime that his doctor says he could not have committed.’

She linked to an Atlantic article and urged her fans to sign a petition asking the state of Pennsylvania to ‘take another look at his case.’ 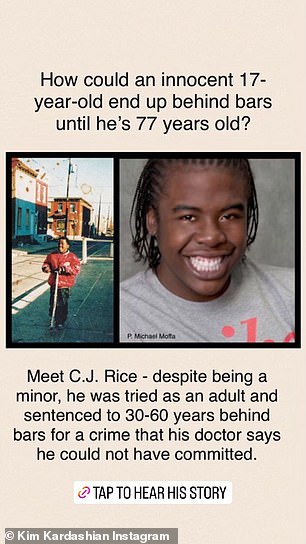 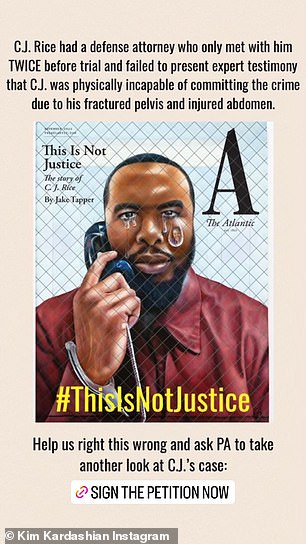 Kardashian famously fought for clemency on behalf of Alice Johnson during the Trump presidential administration.

The star, who is the daughter of famous O.J. Simpson lawyer Robert Kardashian, was inspired to go deeper into law after successfully getting the non-violent offender out of prison in 2018.

She now hosts the true crime podcast Recording The System on Spotify, adding to her many hats. 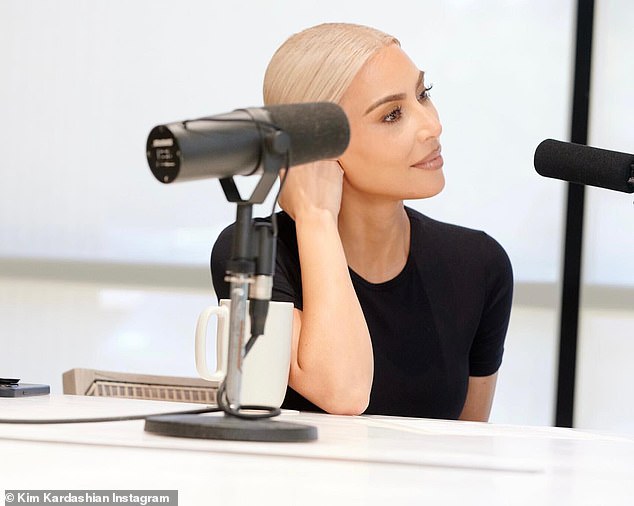 She does it all! Kim now hosts the true crime podcast Recording The System on Spotify, adding to her many hats