Her little sister Kylie Jenner’s pop up stores have routinely been mobbed, with security guards struggling to keep the crowds in line as they wait all day for their chance to clear the shelves.

But things were rather more sedate as a ‘pregnant’ Khloe Kardashian arrived to make an appearance at her Good American pop up on Friday.

In what was surely rather an embarrassing moment for the  33-year-old, the expected hordes simply never materialized. 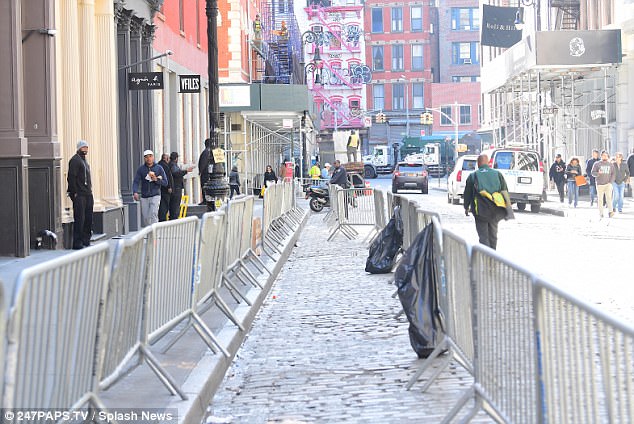 Photos of the shop front on New York’s busy Mercer Street showed a starkly different scene from the screaming masses who met Kylie just a few doors away back in February.

Instead of the excited teens grappling with their cameras to catch a selfie, was a quiet street scene.

Beside the store stood empty barriers – which a spokesman for Good American was quick to insist were for the use of a neighboring store, and not the pop up.

The spokesman explained: ‘The barriers are… not there for Good American and we have no further comment at this time.’

Security guards could be seen standing idly beside the barriers.

A source at the scene told DailyMail.com: ‘There was virtually nobody in line at the store. Khloe even came to help work in the shop behind the counter, but even that didn’t help. The store was empty.’ 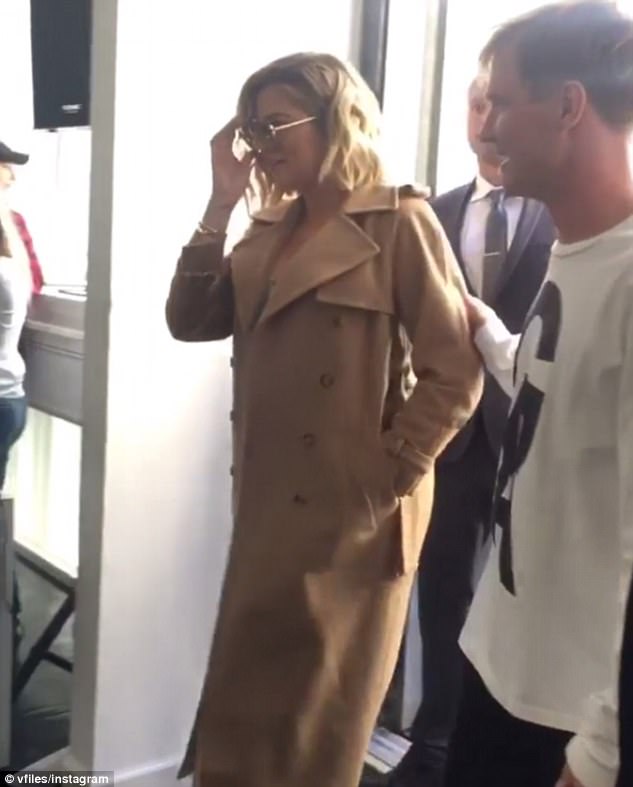 Here she is! Early in the day a few fashion journalists and bloggers turned up for the opening, but nothing like the numbers who converged on the area for Kylie 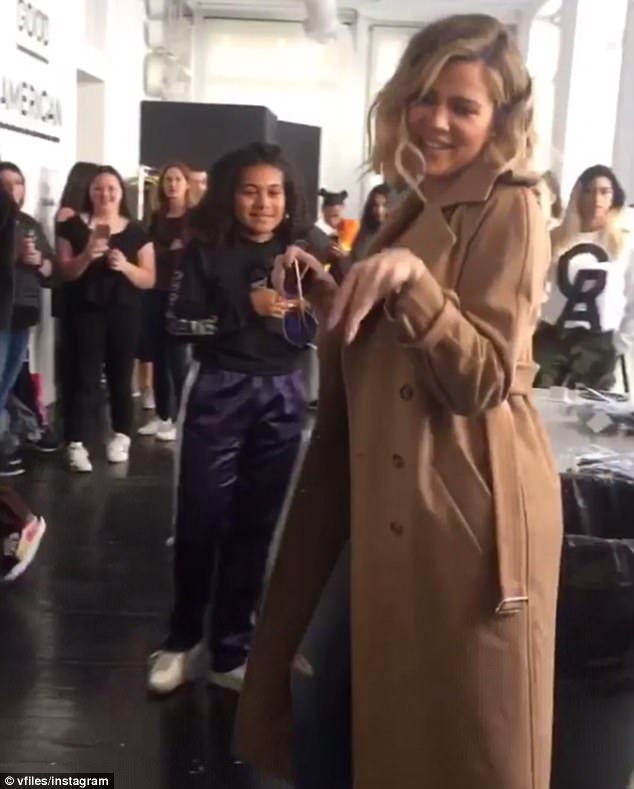 Needs a social media lesson: The comparatively poor turn out was despite Khloe’s half-hearted efforts to promote the venture to her Instagram followers; she is seen in a fan video 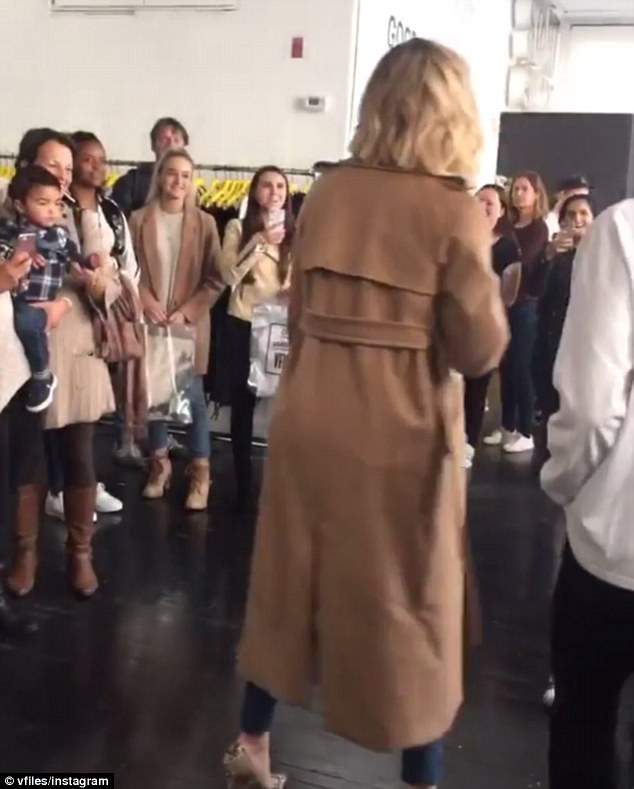 We made it! While those who turned up seemed pleased to meet Khloe, she may have been expecting a bigger turn out

Early in the day a few fashion journalists and bloggers turned up for the opening of the two-day store, but nothing like the numbers who converged on the area for Kylie.

Still Khloe made the best of things, greeting her die-hard fans with enthusiasm and her usual charm.

While she has yet to confirm her pregnancy, her choice of outfit did nothing to dispel the widely held believe that she is around five months pregnant with her first child with basketball player boyfriend Tristan Thompson. 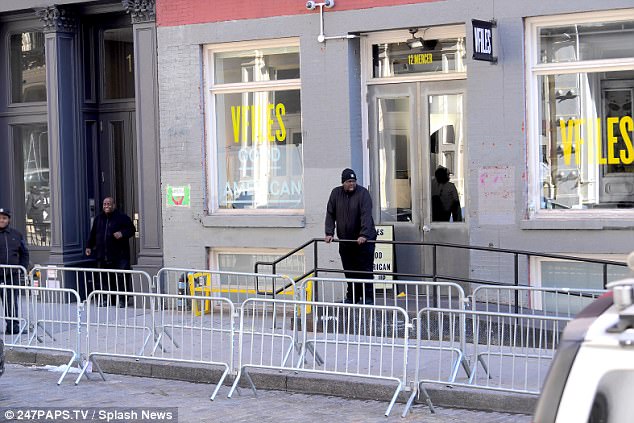 Empty: Khloe’s fans failed to turn up in the expected numbers at her Good American pop up store on Friday in New York 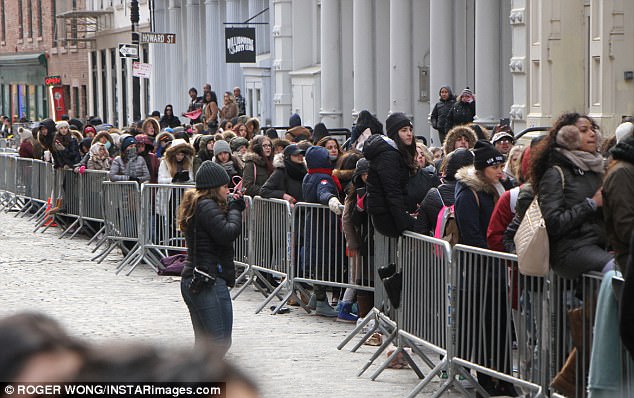 Contrast: Her little sister Kylie Jenner’s pop up stores, one seen here in February on the same New York street, have often been mobbed, with security guards struggling to keep the crowds in line as they await their chance to clear the shelves

Khloe gave just a hint at her newly curvy figure beneath a long but unbuttoned camel coat.

The apparently poor turn out was possibly thanks to Khloe’s half-hearted efforts to promote the venture to her not unimpressive 70million Instagram followers.

Perhaps little sister Kylie needs to give Khloe a lesson in fan engagement.

A master at self-promotion, the social media native gives fans details of her planning appearances days in advance so they can rearrange their plans. 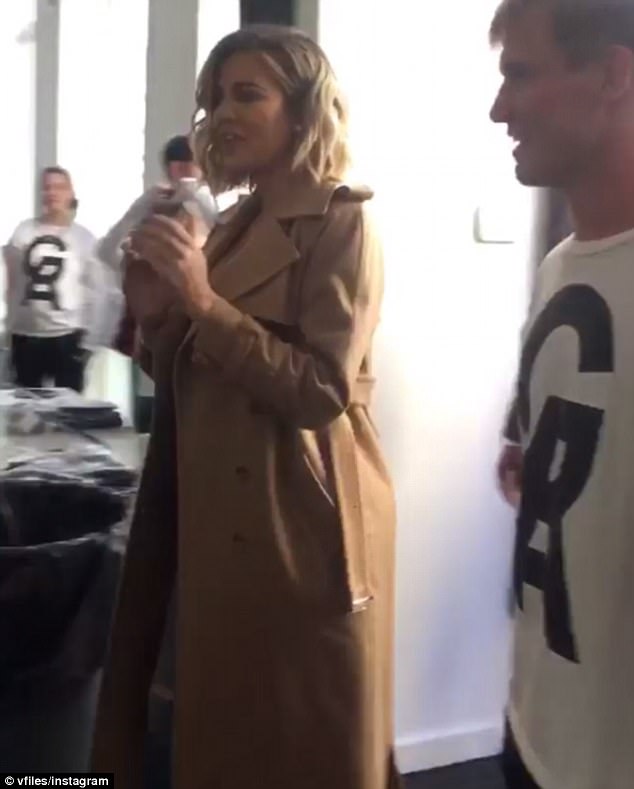 Hello there: Khloe had promised to get to work in the store, and ring up some fans purchases 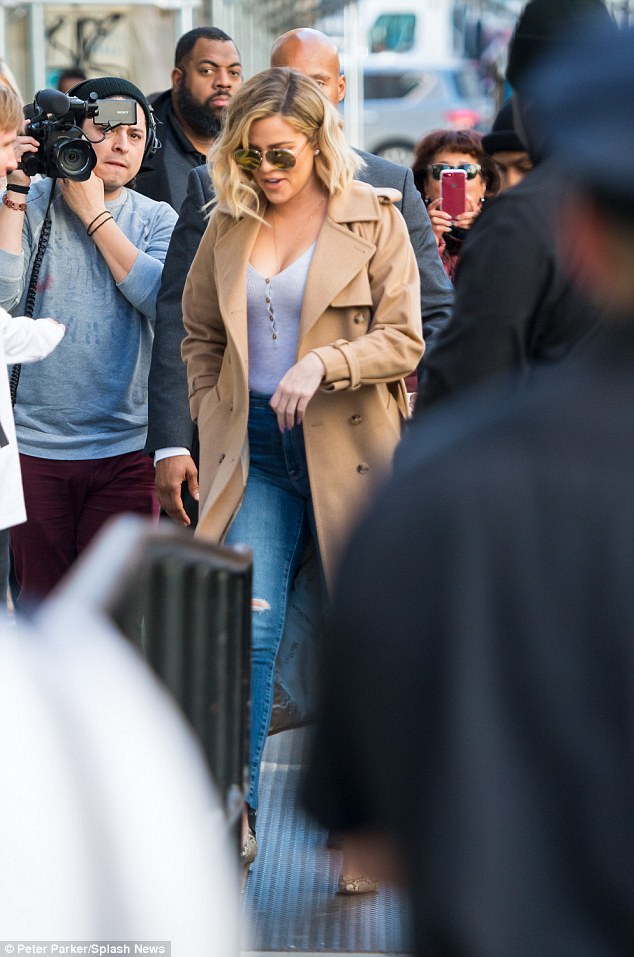 Oh baby: Khloe is said to be expecting her first child with basketball star boyfriend Tristan Thompson; she has yet to confirm the reports

She has even been known to show a count down to big announcements in her Kylie Cosmetics line.

And it works, with the fans faithfully turning out in force whenever Kylie requires.

By contrast Khloe left it until the day of her event to properly pitch her pop up.

On Friday morning she posted a selfie, writing: ‘Celebrating the first ever @goodamerican NYC pop-up shop in my GA hoodie! Come shop on 12 Mercer Street October 27-28 from 10am-7pm! Just might see you there!! #GoodSquad #GoodAmerican.’ 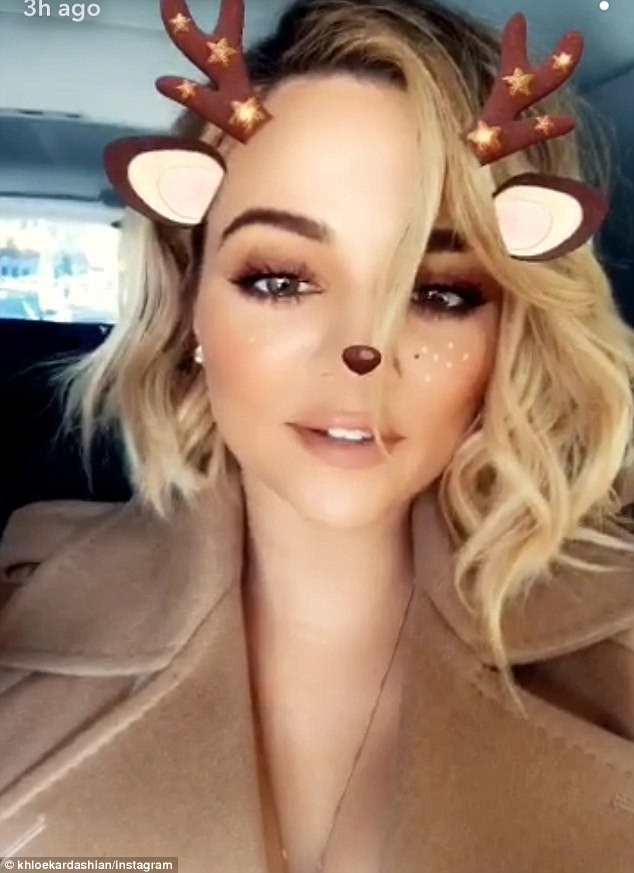 Come join us! ‘Getting back to my roots at the Dash store… I’m channeling that vibe today’ 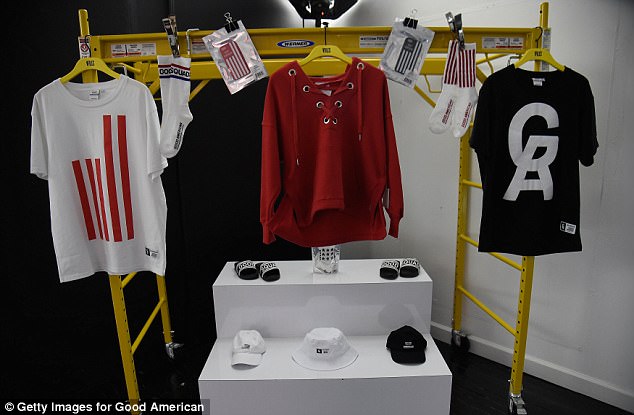 Don’t miss out! A look at the merchandise inside the store

And in the car on her way to the meet and greet she told fans via Snapchat: ‘On my way to the good american pop up store on Mercer. Whoever’s coming by today i’m going to ring some people up.

‘Getting back to my roots at the Dash store… I’m channeling that vibe today.’

She later added: ‘I’ll be at the pop up store for a little bit so come on by.’

Obviously promoted by her social media manager, she  later returned to Snapchat to give the address of the store, having forgotten the first time.

But while her pop up may have been a bust, Khloe’s denim line for Good American has proved popular – perhaps more so with online shoppers.

Specifically cut to fit women with curves, the line caters to women of all shapes and sizes.

Khloe has said the inclusiveness is deliberate.

She explained previously: ‘Good American jeans are all about empowerment. We cut them to fit a fuller figure, rather than straight up and down. We decided we would not sell in a department store unless they took the collection in all sizes. We hope to break down barriers.’