Khloe Kardashian is her own best spokesperson.

The 36-year-old reality television personality looked sensational as she was featured in a promotional image for her clothing brand Good American, which was posted to the line’s official Instagram  account on Monday morning.

The social media personality founded the size-inclusive clothing company in 2016 and is often featured in its promo photos.

Hot stuff! Khloe Kardashian was featured in a promotional image for her clothing brand Good American; the photo was posted to the company’s official account on Monday morning

Kardashian was pictured posing on the back of a stationary motorcycle; the vehicle’s predominantly flat black tone contrasted well with her dynamic outfit.

She was dressed in an all-leopard-print outfit, which included a puffy jacket that was left unzipped during the photo shoot.

The reality television star also wore a pair of leggings that tightly conformed to her sculpted hips and rounded bottom.

The social media personality tied off her attire with a sports bra that left little to the imagination of Good American’s 1.7 million followers. 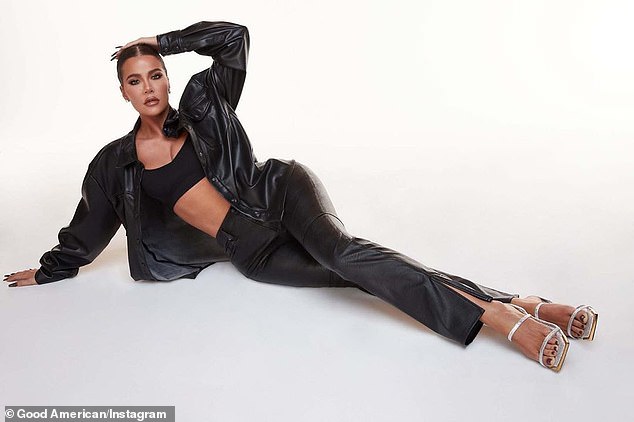 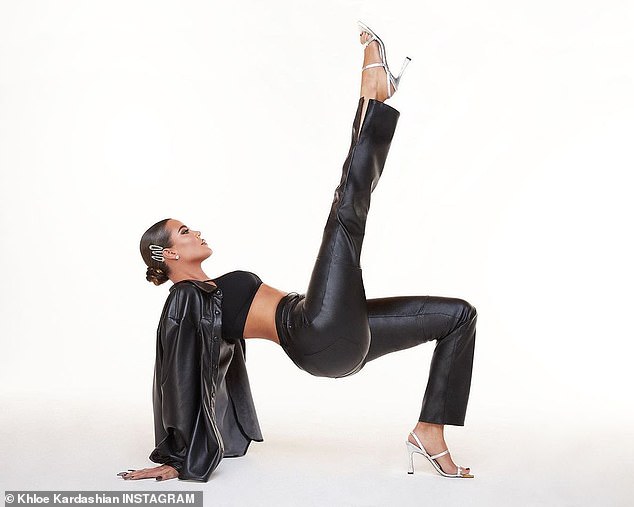 Purpose: The reality television star aimed to make size-inclusive women widely available with the founding of her brand

Kardashian accessorized with a sizable pair of golden hoop earrings, and she kept her beautiful brunette hair tied back for the photo shoot.

The media figure has been prominently featured in multiple photo shoots for her brand ever since its inception.

Good American notably grossed $1million in sales on the first day its products were made available to the public.

During an interview with Elle, Kardashian and her business partner Emma Grede spoke about what made their brand unique. 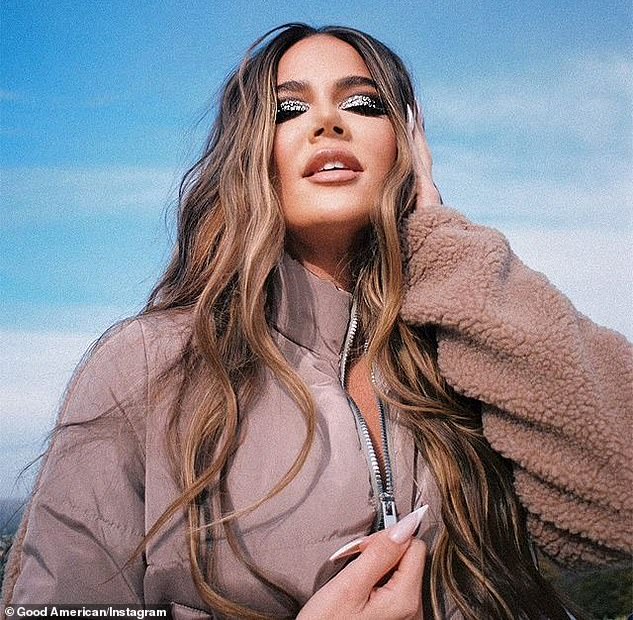 Plugging it: Kardashian is often featured in promotional photos and posts for Good American

Specifically, the media personality mentioned that what she focused on most while developing Good American ‘was the range in sizes.’

She then elaborated on what the brand was attempting to achieve with their overall message as a company.

Kardashian noted that the line was all ‘about being comfortable in yourself. That’s what we’re trying to promote.’

‘I just want people to be healthy and love who they are and be in control of your life,’ she concluded. 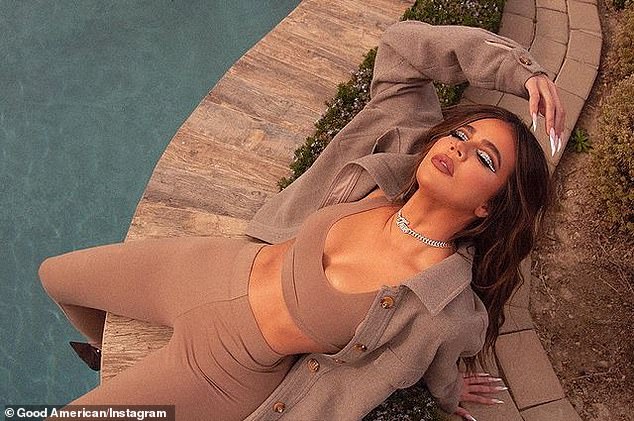 Further explanation: During an interview with Elle, Kardashian expressed that the brand was attempting to design clothing that would make their consumers feel good about themselves

The social media personality has also been hard at work with the development of her new house, which she is currently having redone ahead of her move-in..

Last year, Kardashian sold her Calabasas mansion for $15.5 million, more than double the $7.2 million she paid for it.

Justin Bieber and Eddie Murphy’s ex-wife Nicole previously resided in the stately property before the reality television star moved in. 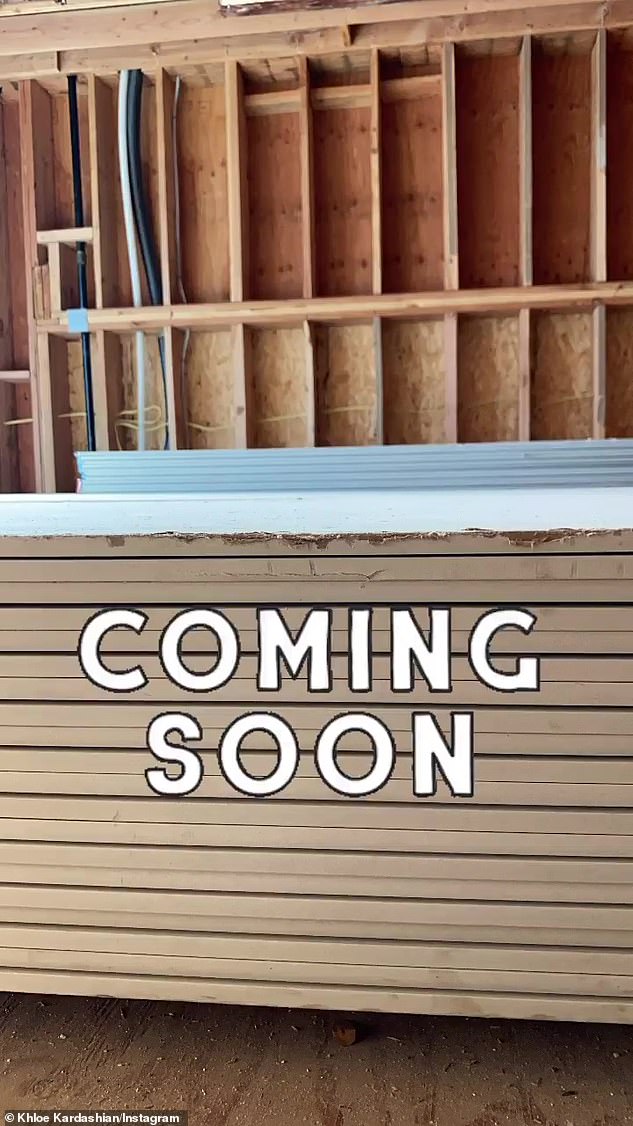 Moving on up: On Monday morning, the reality television star made a few posts to her Instagram Story to give her followers updates on the ongoing construction of her new house

On Monday morning, she posted a series of photos to her Instagram Story to give her 130 million followers a few updates regarding how construction is going.

One of the posts featured a large caption reading ‘coming soon,’ possibly alluding to more information about the residence being released in the future.

In another snap, Kardashian wrote, ‘I literally can’t wait for our home to be ready!’ 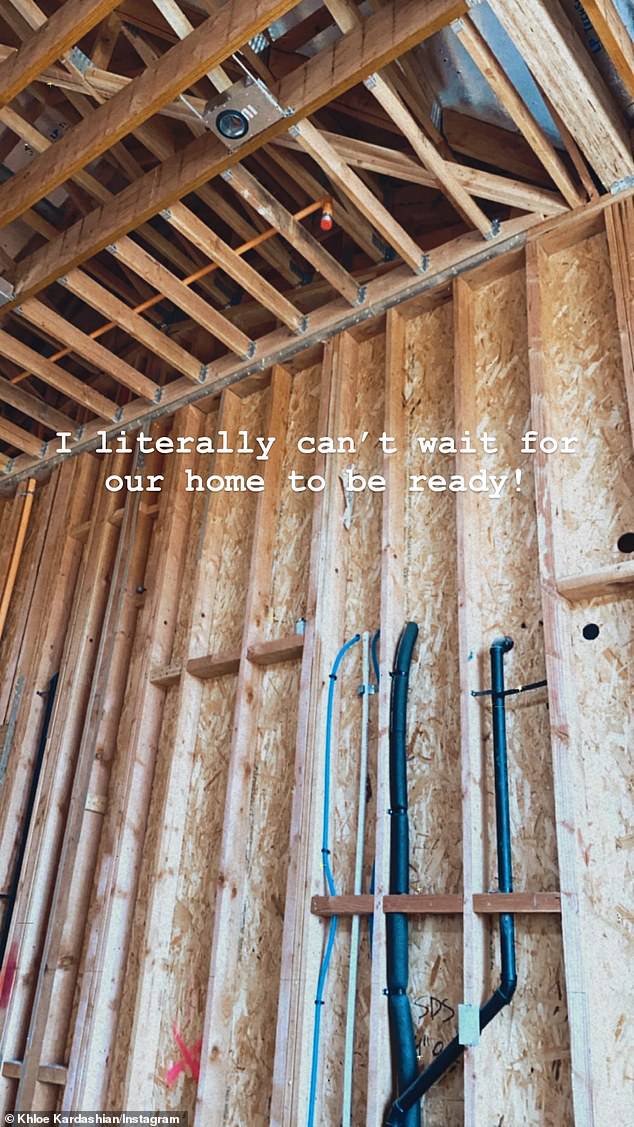 Anticipation: In one of the captions for her stories, the reality television star wrote that she ‘literally can’t wait’ for construction to finish on her new home