ANAHEIM, Calif. (AP) – Khris Davis hit his major league-leading 48th homer and the Oakland Athletics locked up their winningest season in 16 years with a 5-2 victory over the Los Angeles Angels on Saturday night.

A majors-best 42-22 since the All-Star break, the A’s are already locked into a trip to New York on Wednesday for the AL wild card playoff game against the Yankees.

Kaleb Cowart had an RBI single for the Angels, whose four-game winning streak ended with a landmark loss. The Angels (79-82) are guaranteed to finish with three consecutive losing records for the first time under manager Mike Scioscia, who hasn’t announced whether his 19-year tenure is over.

Mike Trout, Shohei Ohtani and Justin Upton each went 0 for 4 for the Angels, who have made the playoffs just once since 2009 despite their annually bulky payroll. The Halos hadn’t had three straight losing seasons since 1992-94.

Liam Hendriks pitched the first inning, allowing one single, before Trevor Cahill (7-4) threw four innings of one-hit ball for the A’s. Hendriks also could start Wednesday in the Bronx, depending on how manager Bob Melvin decides to approach the one-game playoff.

Oakland Athletics’ Khris Davis follows through on his two-run home run against the Los Angeles Angels during the first inning of a baseball game Saturday, Sept. 29, 2018, in Anaheim, Calif. (AP Photo/Marcio Jose Sanchez)

Blake Treinen got pinch-hitter Eric Young Jr. on a groundout with two runners on in the ninth to secure his 38th save.

Davis connected in the first off Tyler Skaggs (8-10), driving a two-run shot for his ninth homer in September and his fifth in seven games. The 30-year-old slugger matched Jimmie Foxx’s 48 homers in 1933 for the fourth-most in a single season in A’s history.

Davis, who was born in nearby Lakewood and played a few miles from Angel Stadium at Cal State Fullerton, also drove in his 122nd and 123rd runs.

Skaggs was on a pitch count, and he yielded four hits and two walks while failing to get out of the fourth inning. Oakland added another run in the third when Ramon Laureano doubled and scored on Lowrie’s long fly to right.

Lowrie got his 23rd homer on Angels reliever Jim Johnson’s first pitch in the sixth, giving him 99 RBIs.

Andrelton Simmons reached on Chad Pinder’s throwing error and eventually scored on Cowart’s single in the fifth. Los Angeles rallied in the seventh against veteran reliever Fernando Rodney, who walked Jose Fernandez with the bases loaded before getting Trout on a long fly to right.

Although Scioscia has steadfastly refused to confirm reports that he won’t be back next year, the Angels essentially treated this game as a farewell: They gave away a bobblehead doll with his likeness and aired several video tributes to the winningest manager in franchise history at the Big A. Scioscia led the Angels to their only World Series championship in 2002, but the Halos haven’t won a playoff game in nine years.

Athletics: Melvin is unlikely to play many of his regular position players for full games in the season finale, giving them ample rest before Wednesday.

Angels: RHP Felix Pena won’t take his rotation turn for the series finale because he’s already pitched much more than expected this season. The former reliever will rest after seizing a chance to pitch in the Halos’ injury-ravaged rotation and posting a 4.18 ERA in 17 starts and 92 2/3 innings.

Athletics: Brett Anderson (4-5, 4.42 ERA) is likely to make his fourth start since returning from the disabled list. He has a 3.69 ERA since the All-Star break.

Angels: Matt Shoemaker (2-2, 4.82 ERA) makes his seventh start of the season. He missed 134 games over five months with a right forearm strain, but has returned in solid form for September. 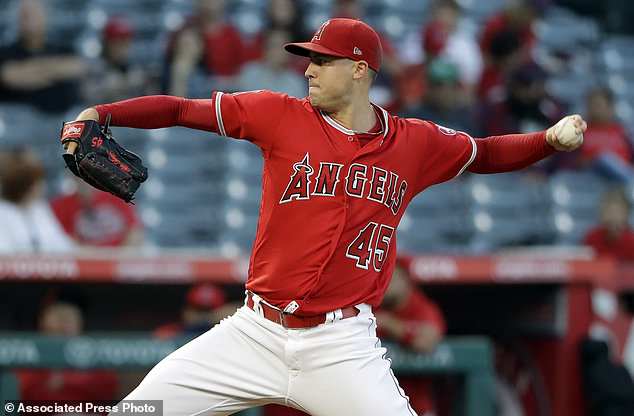 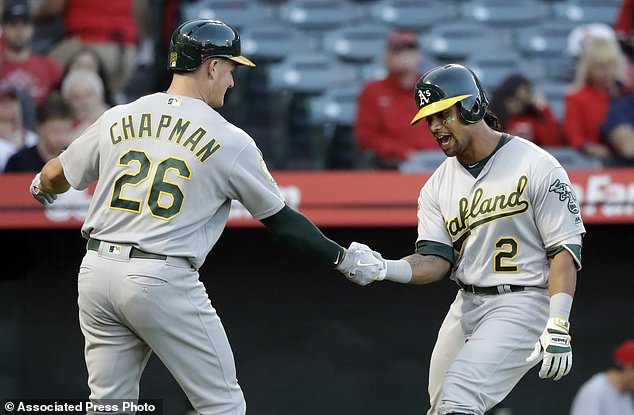