A professional kickboxing instructor confronted two armed burglars in his home after he caught them trying to steal a TV and placed one of them in a choke hold while waiting for the police to arrive.

The two men entered the home in Buenos Aires, Argentina, last Saturday while Leandro Bogao and his wife were in bed, according to local media outlets.

Woken up by the barking of his neighbor’s dogs, Bogao caught the suspects inside him home carrying his property.

Despite the suspects being armed, the fighter charged at them and managed to grab one while the other – his uncle, identified as Juan – fled with the gun.

While in a choke hold, the unnamed suspect said his accomplice was his mother’s brother and that his father lived in the same neighborhood.

Argentine kickboxer Leandro Bogao stopped a burglary inside his Buenos Aires home last Saturday when he busted two men trying to steal a television. One of the suspects (pictured above) was placed in a choke hold 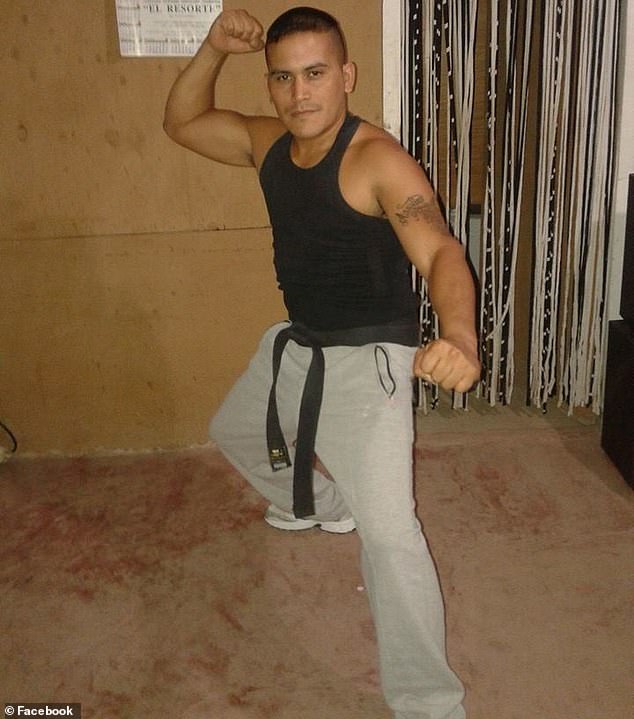 Bogao, who has been teaching kickboxing for 10 years in Argentina, said he is determined to find the second suspect who remains at-large 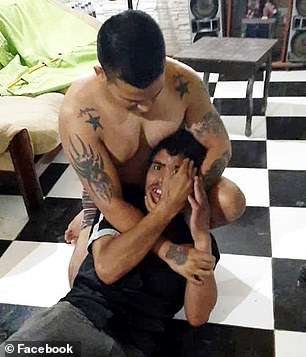 A short video clip taken by his wife, which went viral on social media, showed the moment Bogao restrained the burglar, leaving him with a bloody mouth and crying for help.

The fighter, who has been teaching kickboxing for 10 years, said he was thankful his children were not home at the time of the incident and vowed to track down the second suspect who ran away.

‘The suspect came into my house. The one who was with him, we will find him and we will know who he is. Be aware that all of these rats are stealing,’ Bogao told neighbors on the family’s Facebook account.

‘He will stay locked up. The other remains on the run in the neighborhood. Be careful, let others know, let’s protect our neighborhood from these rats.’ 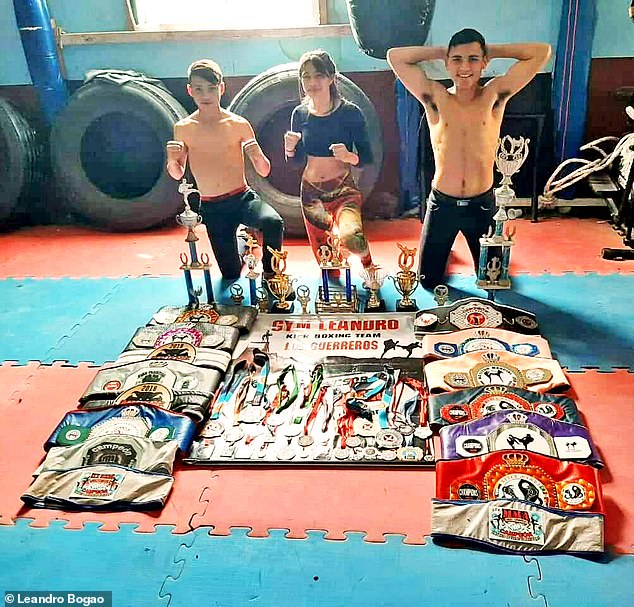