Kieran Hayler and his fiancée Michelle Penticost appeared to be in their element while celebrating their son Apollo’s first birthday on Sunday.

The former stripper, 35, looked casual in a buttoned-down white shirt and burgundy shorts while Michelle, 39, flashed her legs in a thigh-split pink midi dress.

Also in attendance were Kieran’s children with his ex-wife Katie Price, 44, son Jett, nine, and daughter Bunny, eight, at the jungle-themed party.

Happy: Kieran Hayler and his fiancée Michelle Penticost appeared to be in their element while celebrating their son Apollo’s first birthday on Sunday (L-R: Bunny, eight, Kieran, 35, Michelle, 39, Jett, nine, and Valentino, 11)

Michelle’s son Valentino, 11, who she has from a previous relationship also posed with the blended family at the outdoor event

It follows reports that Katie landed in hot water with ex-husband Kieran over a video she shared of Bunny on social media.

‘Alarm bells’ were said to have rang for Kieran after he watched a video of his daughter eating a lollipop, which has since been deleted by the ex glamour model.

The three-minute long video saw Bunny eating a lollipop, calling it ASMR, also known as autonomous sensory meridian response videos – which feature sounds that provoke a relaxed and pleasant sensation in the body – with fans using them to de-stress or drift off to sleep. 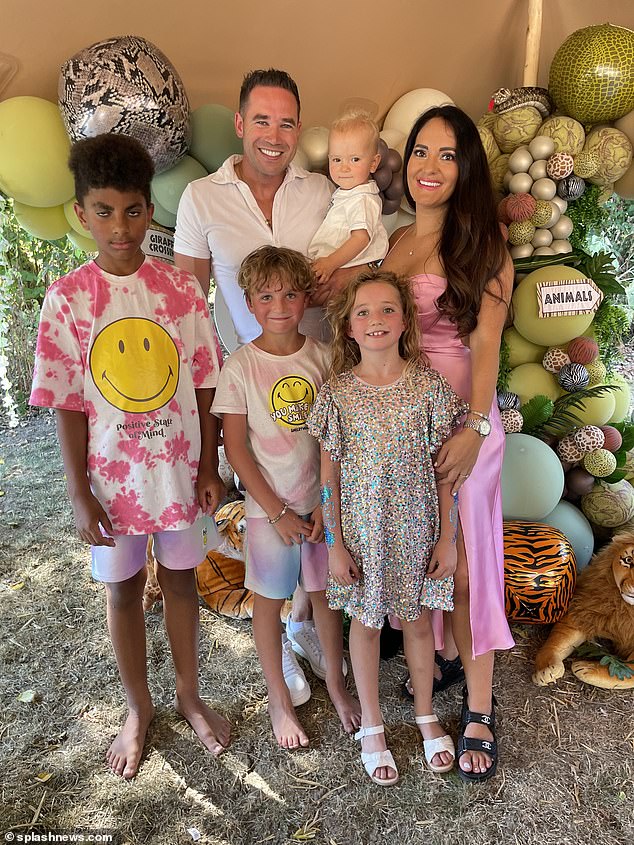 Family: The former stripper, 35, looked casual in a buttoned-down white shirt and burgundy shorts while Michelle, 39, flashed her legs in a thigh-split pink midi dress

ASMR occurs involuntarily and is induced by focusing on auditory, tactile, or visual triggers.

Common examples of these triggers include receiving or watching someone else receive personal attention, such as massages or hair brushing, and also from listening to soft sounds such as whispers or tapping.

And despite the seemingly harmless nature of Bunny’s clip, Katie was soon flooded with comments from worried parents as they warned her about child safety online.

After watching the video of his daughter, Kieran was said to be ‘furious’ with his ex-wife, reports The Sun. 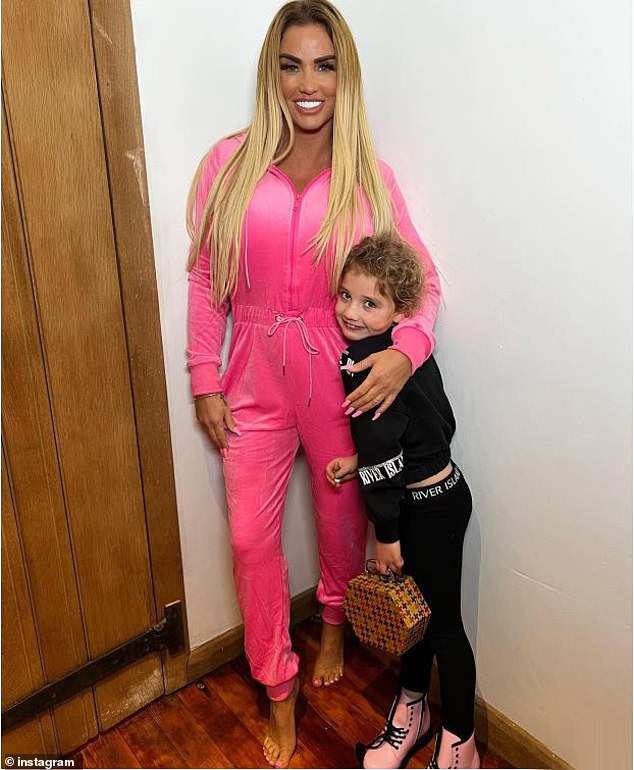 Drama: It follows reports that Kieran’s ex-husband Katie landed in hot water with him over a video she shared of  their daughter Bunny, eight, on social media

A representative of the father-of-three told the publication: ‘Kieran has been made aware of this recent post and will address with Miss Price.

‘It’s raised alarm bells and concern over videos featuring their daughter Bunny. The children’s safety is paramount, Kieran will exercise the appropriate measure to ensure this.’

Katie was said to be inundated with concern comments, with one person urging: ‘Please be careful with posting stuff like this, there’s some real creeps on this app’, The Sun reports.

‘Have you not seen how many men are saving these videos of kids on here … BE CAREFUL’, shared another. 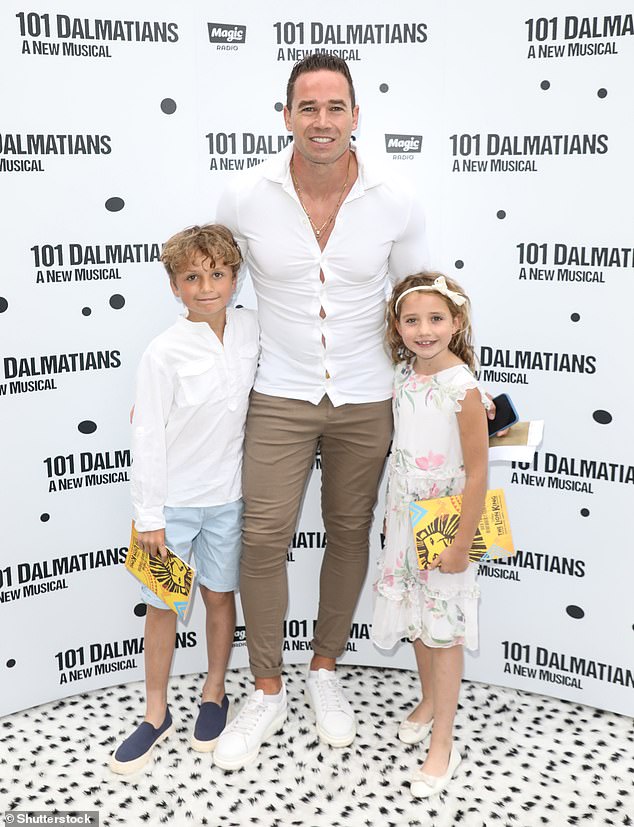 At odds! ‘Alarm bells’ were said to have rang for the former stripper after he watched a video of his daughter eating a lollipop, which has since been deleted

With an additional follower advising the star: ‘Katie I’d remove this, too many vile people on here.’

The apprehension for Bunny comes as mothers on TikTok have been removing pictures of their children after raising concerns about where the footage will end up – accusing one mom of allowing pedophiles to target her child.

Parents of young toddlers are concerned with the amount of videos of the youngsters that are being saved by potential pedophiles online, and are now urging others to be more careful.

The movement was sparked after the mothers spotted a worrying trend with TikTok’s ‘most popular’ three-year-old girl, Wren Eleanor.

Wren, whose mum Jacquelyn has posted photos and videos of her on the social media site since she was born, has more than 17 million followers on the platform.

Jacquelyn began receiving an onslaught of abuse after online sleuths pointed out that videos of the three-year-old playing in the bath and holding tampons were being saved by hundreds of thousands of people.

TikTok allows users to save content that they like to their accounts. Some mothers, however, warn the feature is being used as a catalogue for pedophiles to share images of children. 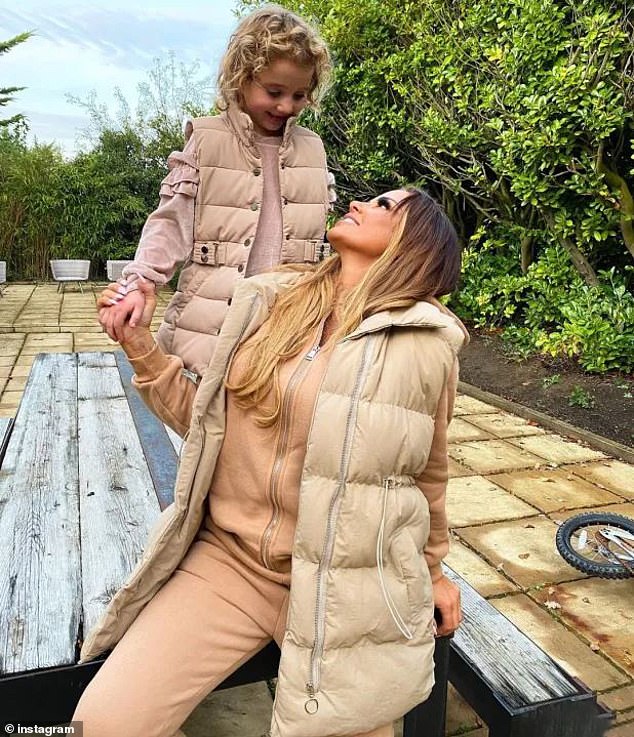 Shocking: After watching the video of his daughter, Kieran was said to be ‘furious’ with his ex-wife, after Katie was flooded with comments from concerned parents over the post