And on Saturday, the KIIS team reminded the pair of their somewhat humble beginnings by sharing their ‘old headshots’ on social media.

On Kyle and Jackie O’s official Instagram account, a side-splitting throwback snap of the radio juggernauts from the early 2000s was posted.

The throwback snap which has garnered over 9,500 likes thus far revealed ‘old head shots’ of the Sydney shock jocks.

Jackie O is pictured in a white boob-tube top and a pair of light blue fade glasses, while Kyle cut a markedly slimmer silhouette than his current frame in a retro green logo t-shirt.

‘Definitely peaked too early,’  the Kyle and Jackie O team joked alongside the snap. 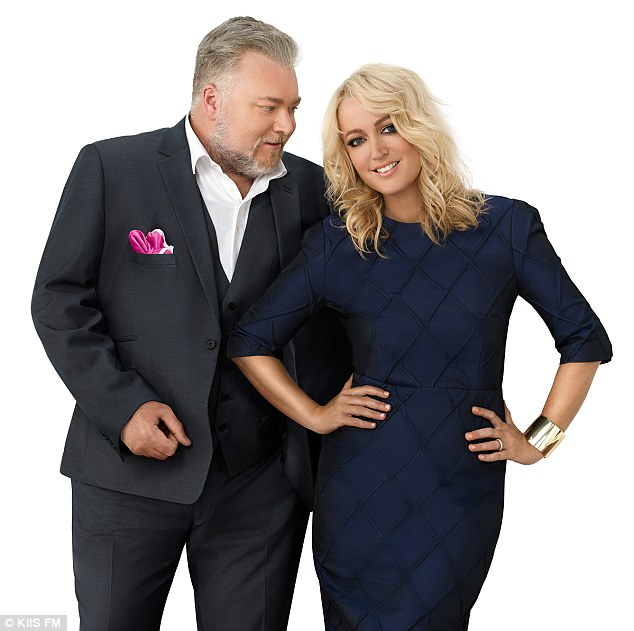 Winners are grinners: The comical throwback shot comes after the radio duo enjoyed another win in the latest radio survey

‘Wowzer. now that is what I call a “throwback,”‘ one Instagram user wrote in response to the snap, while another commented on the blonde radio star’s blue fade glasses, writing: ‘Omg the glasses I can’t hahaha Jackie was soooo extra.’

Meanwhile, Kyle was compared to an American movie star, as one fan commented: ‘Wow Kyle looks like a young Jack Black here!’

The comical throwback shot comes after the radio duo enjoyed another win in the latest radio survey.

Figures for the second annual survey of listener numbers were released on Tuesday, showing the duo enjoying the biggest gain.

They increased their share of the market 2.3 per cent to sit at 12.3 per cent of the overall market, while Em Rusciano, Grant Denyer and Ed Kavalee’s 2Day FM show is finally showing signs of life. 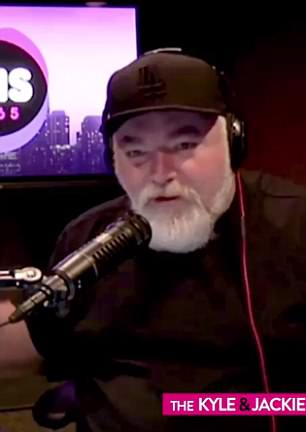 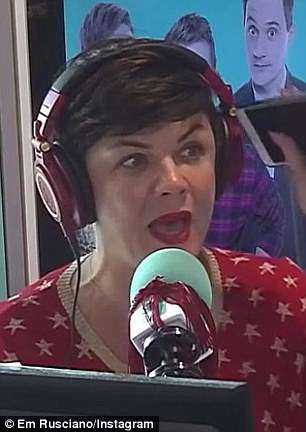 The 2Day FM breakfast show, which has struggled in the ratings ever since Kyle and Jackie O left the network, put up a decent performance.

It earned 4.4 per cent of the overall ratings share, up 1 per cent from the first survey of the year.

However, the numbers weren’t enough to leapfrog rivals Nova, Smooth, Triple M, or WSFM, with the show still sitting towards the bottom of the FM pack. 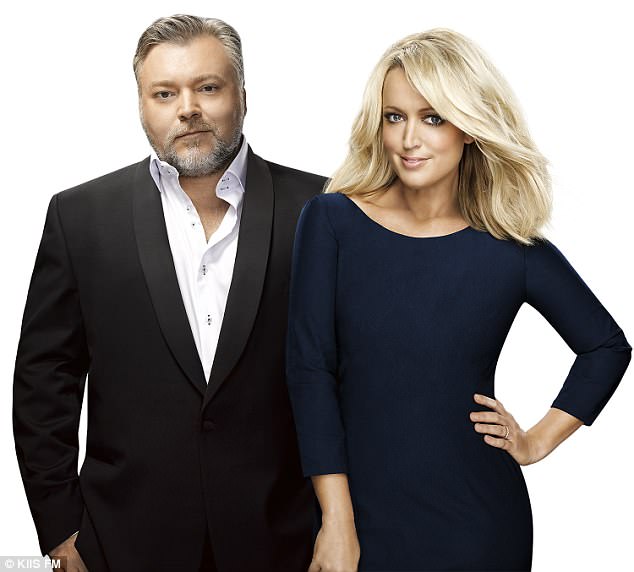 How high? Kyle and Jackie O earned 12.3 of the audience share, while WSFM’s Jonesy and Amanda were second with 8.5 for WSFM

It did however topple ABC’s youth alternative network Triple J, who lost 0.9 per cent to sit at 4.3 per cent.

The overall ‘king’ remains AM’s Alan Jones, who once again led the way, earning 2GB 14.3 percent, down 1.2 per cent from the start of the year. 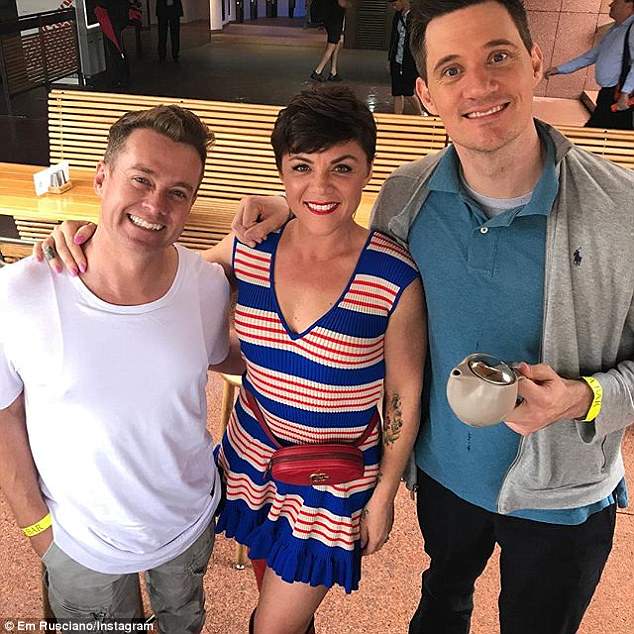 On the mend: The 2Day FM breakfast show, which has struggled in the ratings ever since Kyle and Jackie O left the network, put up one of its best performance in years with 4.4%